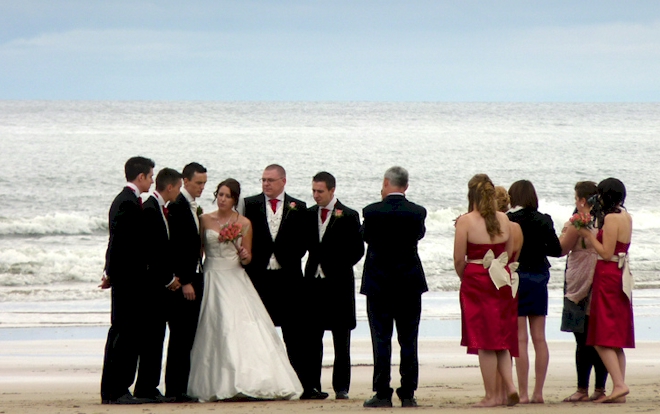 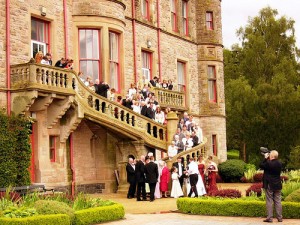 Many people dream of a wedding in Ireland but are unsure about whether it is possible.

The answer is usually yes, but with certain provisos.

This article gives brief answers to common questions about marrying in Ireland and includes useful links to set you on the way to making your dream a reality.

It’s not an exhaustive article, but should point you in the right direction, and there are links to more information.

Requirements for a Wedding in Ireland

A couple getting married in Ireland must give notice of their intention to marry to a Registrar at least 3 months before the date of the wedding. This applies to all marriage, religious or civil no matter where they will take place.

Notice of intention to marry can be made to any registrar, not necessarily the one in the area where you live or where you will get married. However it must be made in person, costs €150 and you will need to provide the following to the registrar:

You will also have to make and sign a legal declaration of no impediment, stating that you know of no legal reason why you should not be married.

If every thing is in order, the Registrar will issue you with a Marriage Registration Form.

This like a marriage licence and gives permission for a couple to marry.  You need this form to get married in Ireland, no matter where the wedding will take place.

Once the form is issued, the marriage can take place at any time over the following 6 months. After that time, if you are still not married, you need to repeat the whole process.

Where can a Wedding be Held?

Until November 2007 it was only possible to either get married in a church or to have a civil wedding in a registry office. The latter are not exactly beautiful places to marry – most are in standard office buildings and lack, well, pretty much everything!

After November 2007 weddings were permitted in other locations, with the agreement of the registrar. Not just anywhere though:

Essentially this means that the places which get approval are generally either churches, hotels and public buildings. You will not get permission to marry in a private home.

In June 2014 a further change made it possible for weddings to be held outdoors, a change that many people had wanted for a long time. So, it is now possible to have a fully legal wedding outdoors in Ireland.

Who can marry you?

The person solemnising the marriage must be on the Register of Solemnisers, which will be available at the Registry Office.

There are very strict regulations about who can be a solemniser, and in practice the list is comprised of either civil registrars and clergy of various religious bodies.

Note first of all that the process of serving notice of your intention to marry, and acquiring your Marriage Registration Form, is entirely separate from arranging your civil marriage with a registrar.

A civil ceremony can be booked to take place in the Registry Office or in another venue that is approved by a Registrar.

You are advised to contact the registrar in the area where you will get married as soon as possible. This is particularly important if you are getting married in an approved venue, as a Registrar will need to be available to solemnise the marriage and they do not have limitless numbers of people available to perform marriages.

Registry offices and their staff operate from 9-5, Monday to Friday only, so it is not always possible to have a civil wedding at the weekend, though some registrars are more flexible than others on this.

An alternative option is to use a humanist (non-religious) celebrant to conduct your wedding. This will be a legal civil marriage and humanist celebrants have more flexible hours than registrars.

To organise this you need to contact the Humanist Association of Ireland – again as far in advance as possible, as they too are short on celebrants who are much in demand. 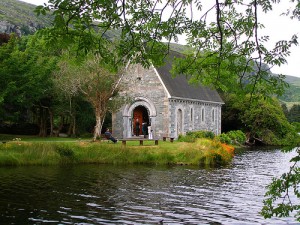 You do NOT need to have a civil ceremony in addition to a religious one.

You will need to have your Marriage Registration form with you on the day of the wedding. Following the ceremony the solemniser will complete it and your marriage is then legal.

The details below are just a very brief overview of some particular requirements of various religions.

This can be a pretty complex area, with rules changing from time to time, and you would do well to contact the church where you wish to marry well in advance for detailed guidance.

If both parties are Catholic and are marrying for the first time or have been widowed, getting married in a Catholic Church is relatively straightforward. The requirements are similar whether you are getting married in your home parish or at the other side of the world.

You will need “letters of freedom” from every parish in which you have previously lived. The bulk of the paperwork is completed in your home parish, not in the parish where you will marry.

At least one party to the marriage must be Anglican or Episcopalian. If you meet this requirement you need to contact the vicar in the parish in which you plan to marry, who will advise you on other requirements.

Marriage in either of these churches is at the discretion of the local minister, religious affiliation is not always required, though you will have to meet with and satisfy the minister of your sincerity and of your freedom to marry.

Both parties to the marriage must be Jewish and permission to marry is at the discretion of the Chief Rabbi. You will be required to meet in person with the Rabbi at the Synagogue at which you wish to marry before permission is granted and to bring with you letters of introduction from your own Rabbi.

Both parties must be members of the Society of Friends, be free to marry and of age. You will be required to meet in person with the elders in the area in which you wish to marry.

If you are a member of any religion other that those listed above, whether you can marry or not depends on whether there are any registered solemnisers available to perform the ceremony. Making early contact with the place where you wish to get married is essential.

What if one of us has been married before?

If either of you has been married previously, you will have to produce a Divorce Decree Absolute or a Death Certificate, as appropriate, in order to marry in a either a registry office or in those churches that permit remarriage of divorced persons.

In the case of Catholic weddings, marriage of divorced persons who previously married in the Catholic church is not possible, even if the civil marriage has been dissolved. The Roman Catholic church does not recognise divorce, you can only remarry if a previous marriage was annulled by the Church AND you have had a civil divorce.

Many couples who because of their personal circumstances are not allowed to marry in a church choose to have a civil marriage, either in Ireland or in their own country, and then have a Church Blessing in Ireland.

Can we marry on a cliff/in a castle/by a dolman?

The answer used to be no, now it is… maybe, even probably.

When the law in Ireland changed on November 2007 to allow a legal marriage in Ireland to be performed other than in a registry office or a church, the places where such wedding can take place were subject to some restrictions. One of these was that weddings could not be held outdoors.

Subsequent to that time many castles did register as wedding venues, so it has been possible for some time to get married in a castle.

As of July 2014 this has changed and legal wedding ceremonies can now be held outdoors.

The following links may be of assistance to those considering a wedding in Ireland.

Both Co-Me and Waterlily Weddings are excellent wedding planners with particular expertise in helping to arrange weddings in Ireland for non-resident couples. Getting help is a very good option to consider.

You can search for wedding venues that are available on your preferred dates, and contact the venues that appeal to you, at WeddingDates.ie

Registrar of Marriages
You can contact the Office of the General Registrar in Ireland here. They will be able to advice you on the forms you require to set things in motion.

You can also call local registrars offices directly. If calling from outside Ireland, prefix each number with the country code for Ireland (00353) and then drop the initial ‘0’ from the numbers given below.

Ireland on a Budget / Public Transport