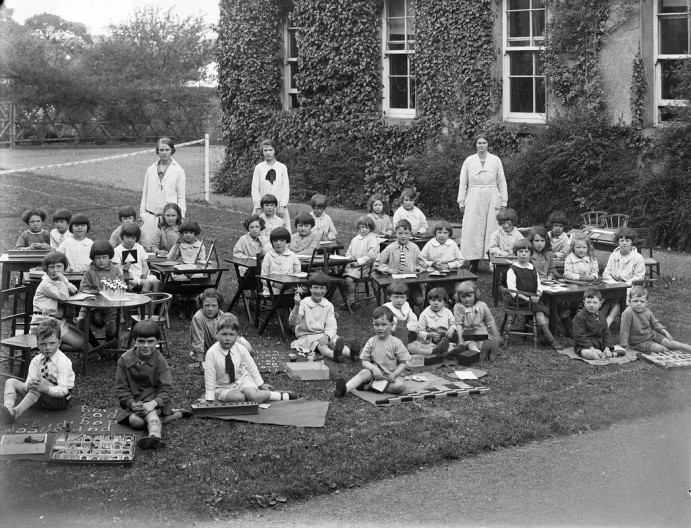 Christian names, first names, given names, baby names, call them what you will – there is huge interest in traditional Irish names and many which for centuries languished in disuse have grown in popularity in recent years.

Once again Oisín and Niamh, Cian and Caoimhe are popular, not just in Ireland but in the USA and elsewhere too. Why, you might wonder, did these names ever fall from common usage in the first place? Essentially they were legislated away and for the reasons we need to look at both the arrival of English rule in Ireland and the dominance of the Catholic Church.

From the time of the Penal Laws in Ireland the use of old Gaelic and Celtic names died out, since as well as forbidding use of the Irish Language these punitive laws also forbade the use of Irish names.

It was not wholly the English who were to blame though – Canon Law played a big part too. For very many years the Catholic Church in Ireland would not baptise a child unless the name chosen was that of a saint or, in the case of a girl, was a version of Mary.

These constraints ensured that there was a fairly narrow range of names used and even a cursory glance at lists of Irish emigrants to the USA and elsewhere during this time confirm this.

So, there was a Mary (Máire), and a John (Seán), in just about every family and if enough children followed (and they often did!) parents would work their way through James (Seamus), Patrick (Padraig), Michael (Mícheál) and Thomas (Tomás), with Elizabeth (Eilís), Margaret (Máiréad) Brigid (Bríd) and Anne (Ainé) popular for girls.

One thing the Irish could do was name their child as decreed, but in their day to day lives use an Irish version of the name, a version which suited Irish pronunciation. This was occasionally a translation, but more often a form of the name the tripped more easily of the tongue of a native Irish speaker.

For girls the use of the name Mary was extended by having so many different forms – Maire, Maureen, Maura, Molly. It was also popular to add Mary to another name and make a double name for girls – so a single family might include Mary-Kate, Mary-Pat and Mary-Jo.

Even boys were often given Mary as a second or third name – my own brother among them. Not quite a boy called Sue, but not far from it!

Irish was the language of the people, English the language of Law and letters and Latin the language of the Church. All had a role to play in names so the potential for confusion is obvious. Some English names were simply associated with existing Irish names which became de facto their equivalent, but they are not really translations at all. Others were ‘translated’ from Irish into Latin, then into English then back into Irish again. No wonder their origin is often unclear.

It is this lack of clarity that really makes a nonsense of many of the lists of Irish names, complete with neat English translations and meanings. These lists have to play some very odd games with both language and history to make names fit into a neat model – the reality is not like that at all.

Chris O’Mahony wrote a really excellent article about this confusion in the Irish Roots Magazine, and a short extract from that article illustrates how easily confusion can arise.

“Ask any Irishman called Charles what that name is in Irish and he will say Cathal. But what’s the Irish for Charles, as in King Charles? Searlas. When we go back to the Latin, they are two distinct names – Carolus and Cathaldus. Cathal is not the Irish for Charles; in fact many Cathals do not even use a different form when speaking English.

Charles is the name chosen as its English equivalent. They are different, but they can be confused.

Seán bears the same relationship to John. No Gospel was ever written by a Naomh Seán – the Latin Joannes becomes Eoghan. Now, put Eoghan, or Owen, back into Latin and you get Eugenius, which comes back into English as Eugene. ”

By Chris O’Mahony Read the Article

From the late 1890’s something of a revival in old Irish names began to take place. The catalyst for this was the formation of Conradh Na Gealige (The Gealic League) in 1893, an organisation dedicated to the revival of the Irish Language and with it some of the old names that had been lost.

In truth it didn’t catch very widely at first, and until about the 1950’s these names remained uncommon. We have listed some of the genuinely Irish Girl’s names and Irish Boy’s names which gained most popularity.

Also included are a few Irish names which have gained popularity in recent years because of their association with a well-known Irish person or event.