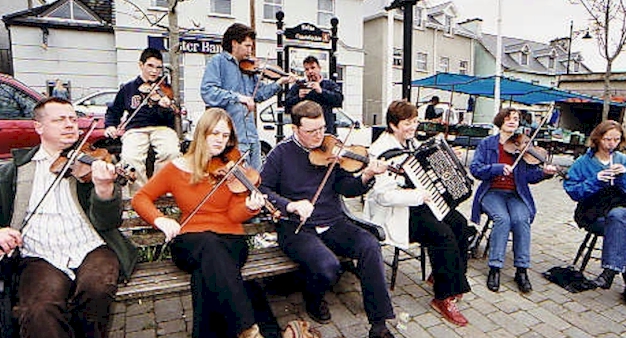 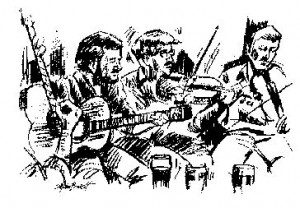 At first glance you’d think this oddly named festival was a celebration of Ireland’s favourite beverage – which is not as some might imagine the pint of Guinness, but the trusty and reviving cup of tea.

In fact it takes its name from a local musician – John “the tae” Gallagher – and is a traditional music event. Held annually in Ardara, a truly lovely part of Donegal, it’s small scale makes it a very friendly event to attend.

It’s all fairly low key, with trad sessions in the local pubs and a  music summer school making up the bulk of the events, with the odd lecture thrown in.

The workshops, and indeed the festival itself, particularly concentrate on the Donegal style of fiddle playing, though there are also workshops for flute, whistle, accordian, piano and voice.

While much of the content of the festival may seem slanted towards musicians, it’s a very lively few days in Ardara, with music at every turn and lots of people in the pubs each night, and anyone touring Donegal while it’s on should make it their business to get there for at least one night. It will be memorable.

Map for the Cup of  Tae

This is not really a festival, more a year long series of events, which …

This is an event for serious party people, with gala events every evening, but …