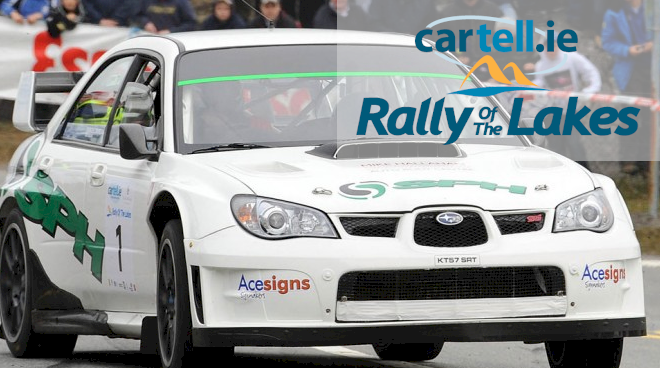 The Rally of the Lakes which takes place annually in Killarney on the first weekend of May is one of Ireland’s largest rallying events and always attracts a large and prestigious entry.

There is a separate event for young drivers, but the main focus is on the competitors in the Irish Tarmac Rally Championship, with the top drivers from Ireland north and south out in force on what must be one of the most scenic rally routes anywhere in the world. There is also a round of the West Euro Cup, bringing drivers in from further afield.

Some local people are less than fond of this event, which tends to attract an extremely lively following, a minority of who engage in somewhat over-enthusiastic enjoyment of the occasion which can lead to public drunkenness and occasionally the flaring up of trouble on the streets of Killarney – so be aware of this and careful if you plan to attend.

Rally of the Lakes Killarney

By: Ivan Hurley KDMC and Kerry Motor Club member Noel O Sullivan JNR said it was “the stuff of dreams” on the finish ramp to win a home rally after he and Derry driver Callum Devine landed the 2022 International Rally of the Lakes in dramatic fashion. Drama is a word often thrown around in […]

The post Rally planning meetings continue every Tuesday appeared first on Rally of the Lakes.

June / Down / Sport and Outdoor

Stunningly views and beautiful countryside combine with historic locations to …

For many people Christmas is not Christmas without a day or two at Leopardstown races.