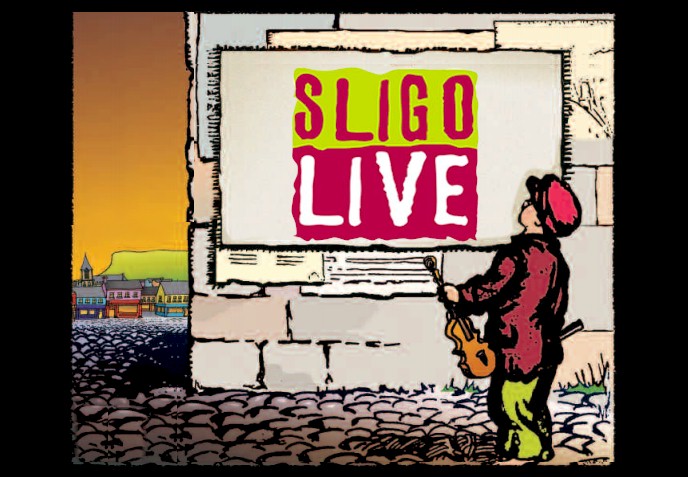 Sligo Live is an annual festival of traditional, roots and acoustic music. The festival has always celebrated the musical connections between Sligo and musicians abroad. There is a special bond with trad musicians in New York, where in the 1920’s musicians from south Sligo were among the first to record Irish traditional music, an important development in keeping it alive at a time when folk music in Europe was not enjoying a golden period.

There is also a link to Scotland and Glasgow’s Celtic Connections festival who present a Scottish Programme at Sligo Live each year.

The distinctive style of fiddle playing in Sligo, known for its lilt and  the uplifting spirit it conveys, is also celebrated during the week. Fiddle playing in general is an important strand, with the annual  Fiddler of Dooney Competition, inspired by the W B Yeats poem of the same name, attracting talented fiddlers from all over Ireland and abroad.

It’s definitely not all trad though, the roots music strand is strong and over the years there has been everything from Bluegrass to Indie Rock, Doo Wop to Funk. With dozens of acts over the week there will be no shortage of variety.

Map and Information for Sligo Live

Venues are far too numerous to list, with events taking place in pubs all over town but the main venues are the Hawkswell Theatre, the Knocknarea Arena at Sligo IT and The Model, a contemporary arts centre which is also where the festival club is located.

Tickets for all events are available at the Hawkswell Theatre, via the festival website or on the Ticketmaster Website.