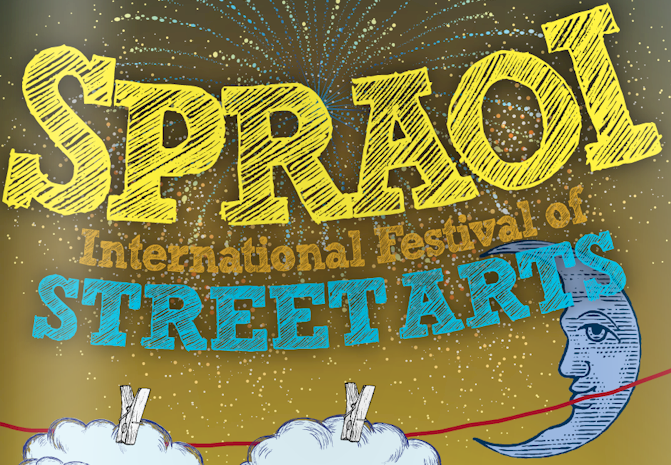 This is the biggest festival of the year in Waterford, a city that plays host to several excellent events each year. From the beginning a feature of Spraoi (meaning ‘fun’) has been the large number of events which are free, there is no entrance charge for the vast majority of events.

Almost all of the action takes place on the streets and if you are visiting Waterford during Sproai you won’t have to go looking for it – it’ll find you, it’s everywhere. It certainly lives up to it’s billing as a festival of street theatre.

The rather wonderfully named SprÓg (óg is Irish for young) is a children’s festival running alongside the main event, with a fantastic programme of arts and science themed activities, as well as a number of street events. As well as street spectacle there is loads of music, much of it taking place along the quay in Waterford’s city centre.

The opening parade on Friday night is justly famous, with upwards of 40,000 people lining a 1.5km route through the city to watch hundreds of costumed performers, exotic floats, live music and special-effects that takes at least three months to prepare. Spectacular is an appropriate word here. After the parade hang around for an always great fireworks display.

Centre Culturel Irlandais in Paris, Ireland’s leading European cultural centre, has just announced its spring artists’ residencies. Spraoi is delighted that street artist Will Flanagan is one of those selected. Co-funded by Spraoi and CCI he will be in residency at the centre throughout April. It will afford Will an opportunity to reflect on his

The post Spraoi at SETU appeared first on Spraoi.

Here’s a look at some of the action from 2013 to give you an idea of what to expect, though obviously there are different performers each year:

Visitor Information and Map for Spraoi

No particular venue information is needed – esentially just show up in Waterford, wander around and enjoy! Some children’s events do need prior booking however – see website for details.