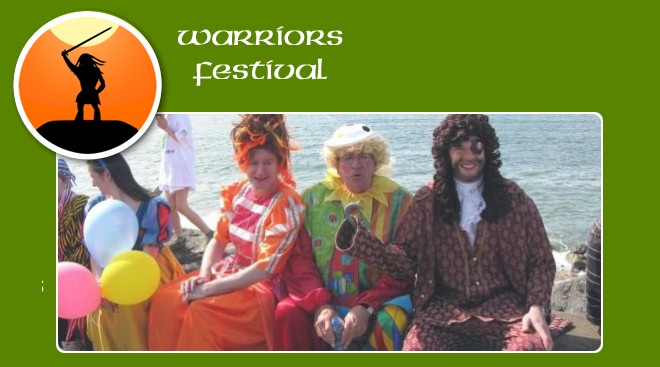 The central event of this festival is the gruelling Warrior’s Run, a competitive and gruelling event, which takes runners from the beach front at Strandhill over a 10 mile (15km) route involving a seriously challenging 1050ft climb up Knocknarea and back down to the beach again.

The exact route changes each year, but the degree of difficulty does not – it’s definitely not for the faint hearted but each year hundreds of runner step up to the challenge.

Though this festival was first held in 1985, the origins of the run at its heart go back a little further, to a pub bet in 1979, when a group of drinkers began to speculate on the fastest way to the top of the nearby mountain.

In addition to the run, there is a music festival running over two days and a host of other events – plenty to keep non-runners and runners alike amused.

So popular is this run that the maximum number of entrants is usually reached by April or May – so if you want to take place get your entry in as early as possible.

Date and details for 2022 subject to confirmation.

Take a look at the streetview in the map below to get an idea of what you’ll be facing if you plan to enter this race.

This is an event for serious party people, with gala events every evening, but …