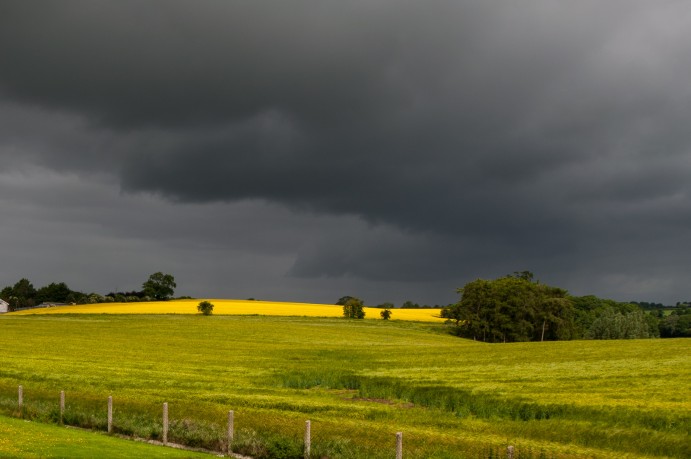 While the climate is broadly similar throughout Ireland, there are some regional differences, and they may tip the balance for you when deciding when and where to visit.

These differences are relatively slight and not sufficient to cause much variation in vegetation or the appearance of the countryside.

The latest and most accurate regional weather forecasts for Ireland are available from the Irish Meterological Service. 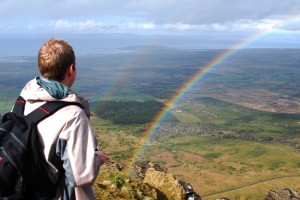 Rainbows are a very common occurrence everywhere in Ireland, but it seems to me they are more common in mountainous areas of the North and West – but that may just be because they are more beautiful in spectacular scenery. Of course the price we pay for their beauty is lots of rain!

Their frequency is a function of our rapidly changing weather – often it’ll be pouring with rain now and sunny in 10 minutes.  So when the sun comes out it shines on air still heavy with water droplets, with wonderfully colourful effect.

I’ve never had a reliable account of anyone finding a pot of gold – though this guy looks like he is getting quite close! 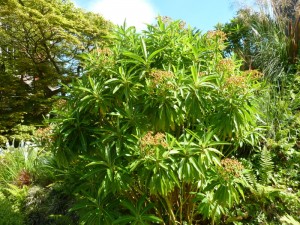 An area with a somewhat exceptional climate is West Cork, where the coastal areas warmed by the Gulf Stream support a lush, almost tropical, vegetation. Temperatures tend not to get as low as they are elsewhere – snow is almost unheard of – and though it rains more than average it is also warmer than average.

The effects of this warm wet micro-climate are very evident when you visit the area and see palm trees, luxuriant sub-tropical vegetation and exotic flowers growing in abundance – plants that would find it impossible to survive in other parts of Ireland.

This warm micro climate has made West Cork a region where there are many beautiful gardens, none more so that the gardens on Ilnaculin or Garnish Island or at Bantry House.

What Your Money Buys in Ireland

Have you something to add about "Regional Climate Variation in Ireland"?