Handling Payments and Cash While in Ireland 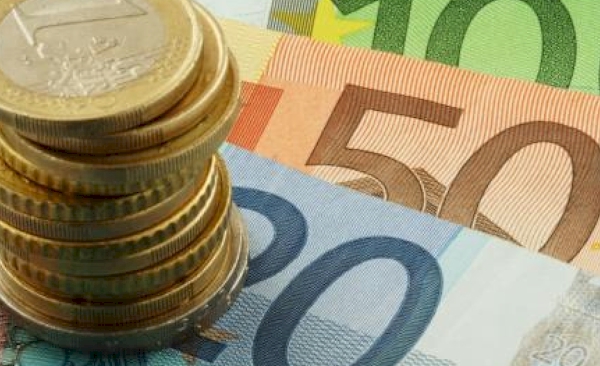 You need ready access to money during your vacation, but the last thing you want is to be carrying around large sums of cash. So, what’s the best way to manage you money and pay your way while on vacation in Ireland?

Travelers checks (or Travellers Cheques if you’re in Ireland!), were not that long ago the preferred method of carrying money while abroad and are still fairly widely accepted. But they are used by fewer visitors and accepted in fewer outlets with each passing year.

1. Using a Credit Card in Ireland

All major credit and charge cards such as MasterCard, Visa, American Express and Eurocard are accepted very widely in Ireland, though fewer outets will accept Diners Club cards.

Credit cards are accepted in Petrol Stations, Hotels, almost all restaurants and in all but the smallest stores. Some B&Bs accept cards too, but not all of them do, so you will need to check this in advance. You will also be able to use your credit card to withdraw cash, in Euro, from ATMs.

However there are a couple of things to watch out for when using a credit card on your vaction in Ireland.

Credit cards can be used to withdraw cash in Euro from ATMs – there is more about using ATMs below.

While most credit card companies apply a 1% surcharge for foreign exchange, they will apply a more competitve exchange rate than you are likely to get elsewhere, so it’s still one of the cheapest ways to handle currency exchange.

However individual banks may apply higher surcharges or poorer rates, so it’s a good idea to check with your bank before you travel – if you have more than one credit card you can make significant saving by choosing the one with the more favourable rates and charges.

When you pay for goods or services with a credit card, you will often be asked if you wish to charge the card in Dollars (or in your home currency) rather than Euro. While it may seem convenient to do so, particularly from a budgeting viewpoint, it is not a good idea.

The store or hotel will apply an exchange rate from Euro that will almost certainly be considerably less favourable than the one your bank will apply. These higher charges quickly add up and by paying in Dollars you can end up spending quite a bit extra over an entire vacation. Insist that all payments are taken in Euro.

Your debit card or ATM card can be used to withcraw cash in Euro from any ATM in Ireland provided the card has a Cirrus or a Plus symbol on it.

All Irish ATM machines are compatible with both networks – in other words all ATMs work with all cards. There is a very wide network of ATMs in Ireland, you will have no trouble at all finding one in any but the most remote of places.

Again, there are a few things that you need to look out for.

ATMs in Ireland can only accept 4-digit numeric PINs. So if yours is longer or contains letters you may need to ask your bank to issue you with a compatible PIN for use while you are abroad.

Irish Banks do not charge for withdrawals from ATMs, but your home bank will almost certainly apply a transaction charge for using your card on a foreign network. The charge varies, but US banks typically charge around $3 per transaction, regardless of the sum withdrawn. That’s quite a high percentage on a small withdrawal, so it makes sense to take out a reasonable amount of money per transaction.

ATM fraud is a problem world wide and Ireland is not immune – so when using an ATM keep safety and security in mind. Do not let anyone see you enter your PIN, if the machine looks in any way peculiar or tampered with, avoid it. Also be aware of your personal safety and act sensibly – withdrawing hundreds of Euro form an ATM in a poorly lit area late at night is probably not a wise move anywhere in the world!

Concerns about credit card security and theft of card details are increasingly an issue for everyone who uses a card, and while the risk of having your card details stolen in Ireland is no greater than anywhere else in the world, some people prefer not to take the risk at all.

The Visa TravelMoney and the Travel MasterCard are both prepaid cards, which allow you to ring fence your vacation money while still enjoying all the benefits of using a credit card while abroad. These cards can be used in exactly the same way as an ordinary credit card, but because they are prepaid, they can only be used to spend or withdraw the amount of money lodged by you to the card account in advance.

You can recharge the cards quite easily – by phone and sometimes online – if funds run low, and holders are offered some additional benefits such as a travel and emergency helpline while abroad.

Money & BankingPreparing for your TripUseful Information for visitors to Ireland

Odds & Ends / Preparing for your Trip

How to Behave in Ireland!

Irish lace, modern or antique, is hard to find and expensive, as the tradition …