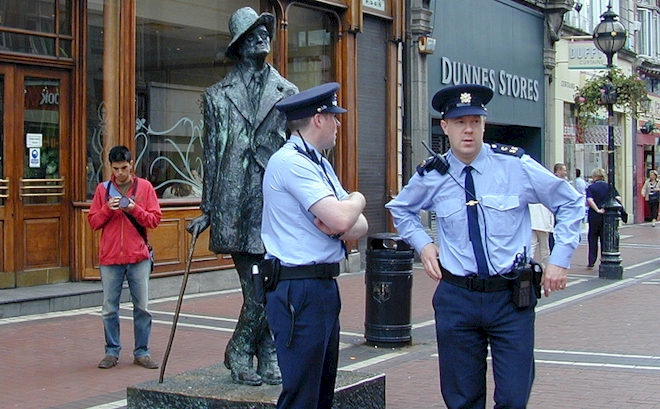 In common with everywhere Ireland has its share of thieves and car thieves in particular are quick to spot unwary tourists. Most areas are safe to walk in but be cautious of going too far off the beaten track in cities and large towns.

None of this is intended to alarm. Ireland has a relatively low crime rate and is not a dangerous place for visitors, but crimes do happen and it is sensible to take basic precautions to ensure that your holiday is not spoiled. 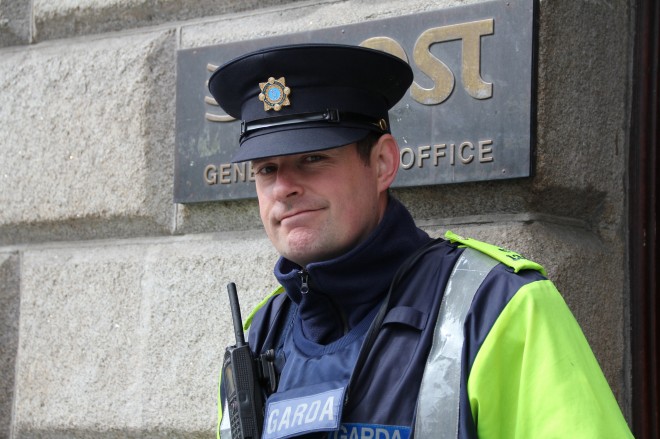 The police in Ireland are known as the Gardaí (plural, pronounced gardee) or Garda (singular), but people will know what you mean if you say Police.

Except for some special Garda units, deployed in reponse to specific threats, Irish police are unarmed. While it used to be more common, you’ll still see Gardaí ‘on the beat’ – just walking around an area keeping an eye on things. They are in general friendly and approachable, so if you are concerned about anything to so with your safety do talk to them.

There have been many Garda Stations closed in rural areas in Ireland over the past decade, but all large towns and cities have one to many stations where the public or tourists can call in if they have any concerns. Everyone will know where the nearest station is, so just ask.

Calling the Gardaí in an Emergency

112 works in all EU countries, and several others in Europe, and can be dialled free of charge from any phone, even one with no credit or without a local sim card.

Garda Vehicles are generally either white or grey, with prominent blue and yellow markings.

How dangerous is Ireland? 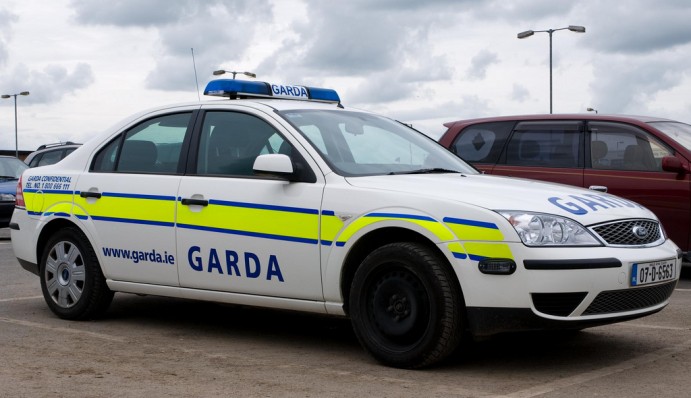 The quick answer is not very, but there are still things you can do to minimise the risks that do exist.

It is not easy to get hard statistics on crimes suffered by tourists, but the Irish Tourist Assistance Service (ITAS) report that they were alerted to 433 incidents involving 739 people in 2012. While not all crimes involving tourists are reported to them (though most in Dublin at least are), the reports they issue are a useful way to get a sense of the situation.

Their statistics suggest that you are most likely to be a victim of crime if you are female and aged between 17 and 25 years. The vast majority of crimes were in Dublin (77%) followed by Wicklow, Louth, Kerry and Galway.  Most occurred between 2pm and 6pm, while visitors were sightseeing or relaxing in cafes or restaurants.

Theft, either from people (50%) or from cars (11%), accounted for most incidents.  Twelve incidents were categorised as violent, which included aggravated thefts (a weapon was involved) and assaults. The weapon is unlikely to have been a gun, more likely a knife or possibly a dirty syringe.

Collating information from embassies it seems that every year in Ireland around 500-700 tourists lose or have their passports stolen. While that is a very small percentage of the number of people who visit (fewer than 0.01%),  it’s a percentage you definitely do not want to be in.

Practically all these problems are preventable by being aware and taking sensible precautions.

The following tips will help ensure that you have a safe trip:

Be Alert for Pickpockets!

Pickpockets and opportunist thieves are quick to recognise tourists, assume that they carry cash and valuables, and consider them easy prey. I know it’s tricky but in cities especially try not to look too obvious a target! 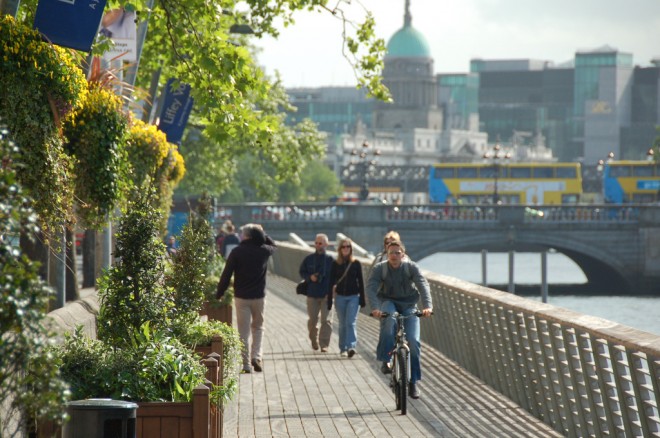 In Dublin the area around O’Connell Bridge and the Liffey in general is often frequented by beggers/pickpockets. Many are drug users, so they can be unpredictable and you should not engage with them in any way.

The Boardwalk along the Liffey is particularly dodgy and although it is a nice place to walk, you need to be very cautious. Pickpockets tend to operate regularly in areas frequented by tourists, especially around museums and bus and train stations. Hotels, restaurants and pubs, where relaxed visitors are likely to have their guard down, are also popular spots for thieves.

DO NOT be fooled into sympathy, distracted by someone asking you a question or approaching you for any reason. Stay alert without being paranoid. There are some very expert pickpockets – if you feel uncomfortable about anyone who approaches you move on and away from the area quickly keeping a tight hold of your bags.

Be VERY careful with your mobile phone 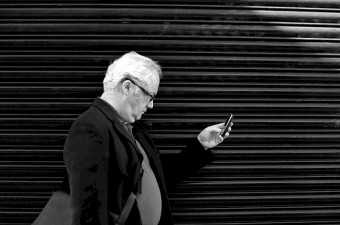 You are making a call or looking up some information on your phone when a cyclist whizzes up from behind, grabs the phone from your hard and speeds away.

Sadly this is all too common an event in Dublin in particular. Owners of iPhones tend to be targeted most but any smart phone is at risk. In restaurants and bars, in particular in fast food outlets, it is a big mistake to leave your phone beside you on the table.  You only need to be distracted for a moment for it to be whisked away.

The following precautions apply to using a phone anywhere, not just in Ireland, but are worth noting:

What to do if things go wrong 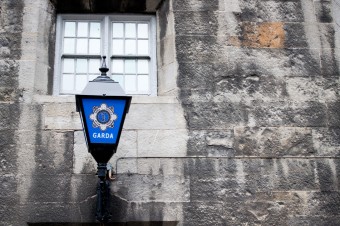 If you do become a victim of a theft ask someone for directions to the nearest Garda (Police) station, or dial 999 or 112.

Report the theft or loss to the Gardaí and be sure to ask for a copy of their report, which you will need for insurance purposes and which will also explain the absence of any documents should you have lost those too.

If you have lost your documents – visas, passports etc – you will need to contact your embassy to have them replaced. There is a list of embassies here.

If you have lost credit cards, you will also need to contact the issuing companies as soon as possible. Again, there is a list on the Emergency Contacts page.

The Irish Tourist Assistance Service is a marvellous organisation who help tourists who have been victims of crime. Largely staffed by volunteers, it is there to provide both practical and emotional support and to act as a friend to any visitors who find themselves in difficulty as a result of crime.