The Story of Irish Crystal 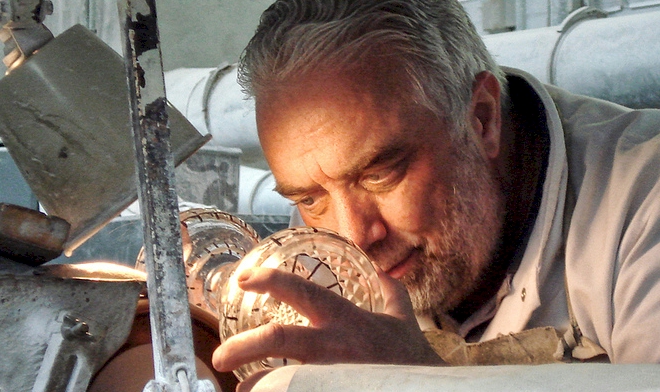 Irish Crystal as we now know it only became possible after the discovery of Lead Glass in the late 1600’s, created by adding lead oxide to the silica mixture used to make glass.

This resulted in a type of glass with great clarity and strength which could be blown, worked into shapes and have facets cut on its surface, all things that were impossible with earlier glass.

Despite the fact that it is well known and so closely associated with Ireland Waterford Crystal was not the first hand-blown lead crystal made in Ireland – that honour falls to Tyrone Crystal, made by a company founded in 1771 and, in a revived form, still operating today. 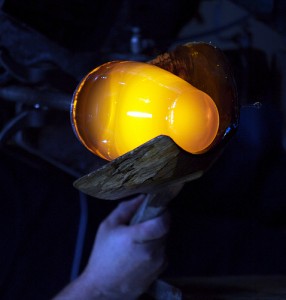 A number of other glass factories were established in the late 1700’s, mostly on the east coast close to ports since the glass making process required a constant and ready supply of coal.

The glass made at this time was quite similar in style to the cut crystal we know today and in fact some of the patterns used then are still used in modern ranges.

For a time the factories flourished and exported their high-quality and decorative products all over the world, particularly to England and America where they graced the tables and the drawing rooms of the rich and fashionable.

Their success was short lived however and they ceased to exist in the 1800’s, hit first by punitive laws imposed by the English parliament curtailing the export of Irish made products and later by the famine of the 1840’s.

At the time of the famine, when poverty and the threat of starvation led to massive emigration, the skilled glass workers were among the first to leave, having both the money to allow them to do so and a skill which would virtually guarantee employment wherever they went.

A surprising amount of glass from this early period has survived and it is now highly prized by collectors, with the best pieces fetching extraordinary sums at auction

The Waterford factory is, perhaps surprisingly, a relative new kid on the block, founded in 1947, though there was an earlier glass factory known as Penrose’s Crystal House in Waterford between 1783 and then late 1800’s.

Glass marked for cutting by stolsy

Although this earlier factory is claimed by the Waterford company as part of their history it is in fact completely unrelated.

Within 4 years of starting work in Waterford the factory was exporting glass to the USA and other countries, building its market and its reputation to the point where it became the largest crystal manufacturer in the world.

Throughout the ’50s and ’60s Waterford glass became a must have item on wedding lists everywhere and was a byword for quality and elegance. It was also hugely popular in Ireland.

By the 1980’s a dozen or more glass factories, producing cut crystal of a similar style, had been established, notably the revived Tyrone factory and others in Tipperary, Dublin, Cavan and Galway.

None ever became as well known as Waterford who employed a strategy of intensive and extensive marketing from the outset, so that even now when people refer to Irish Crystal it is usually Waterford Crystal they have in mind.

Is it “Real” Irish Crystal?

I’d define “real” Irish Crystal as glass that was both blown and cut by craftspeople here in Ireland. In which case there are only two places where real Irish Crystal is produced – Waterford and Tyrone.

The other brands may fudge the issue both in their advertising and their labeling, but the reality is that they import much of their product from Eastern Europe, often in a completely finished state but sometimes as plain shapes which are later cut here.

You should look for labeling that says that the glass was both blown and cut in Ireland – and if that isn’t clear from the labeling, then ask.

The Challenges for Irish Crystal Today

Traditional Irish Crystal is having a tough time in the marketplace of late, with the elaborate patterns so beloved of earlier generations not really in tune with the clean and simple lines preferred by modern customers.

Crystal producers are fighting back, with new ranges that are simpler and more modern in appearance, often designed in association with well known designers from other fields who bring their knowledge of what people want to bear on the traditional craft.

They are also cutting costs – Waterford Crystal recently announced that they are closing their factory in Dungarvan, close to the city of Waterford, with the loss of almost 500 jobs, a devastating blow for local people, many of whom are third generation glass workers.

How Irish Crystal is Made

Most Irish Crystal is still made entirely by hand, the photos on this page illustrate the process from start to finish.

Adding a handle by catzrule99

The process starts with molten glass which is blown into various shapes by Master Blowers using traditional wooden tools to shape and mould the hot glass as they blow it.

The plain glass shapes are then cooled in special cooling ovens, which drop the temperature very slowly, a process which ensures the clarity of the finished product.

The last task is to add any additional features like handles to the finished piece.

Aran Stitches and their Meanings