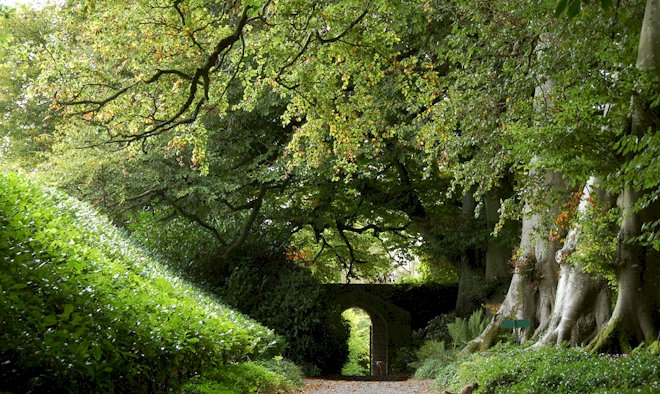 Rarely crowded and always rewarding no matter what the season, this is a real hidden gem. All around there are wonderful views of the Blackstairs and Wicklow Mountains and Mount Leinster. 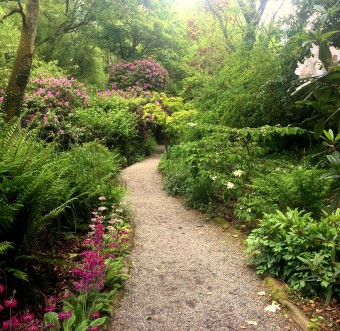 The garden, which extends over some 40 acres, has been in the care of a long line of gardeners – there are trees in the garden dating back to 1750 and even older ones in the glen by the river, including 500 year old oaks.

However much of the current plant collection and the gardens we now enjoy are down to a later owner, Fielding Leckey Watson, who purchased it in 1924.

He was a fan of the Robinsonian style of garden which, unlike the rigid planting beloved of the Victorians, favoured a more natural looking, almost wild, style of planting. This is in evidence throughout Altamont, where it is sometimes easy to imagine that the lush and varied borders and grouping of plants and trees ‘just happened’, so natural are they in appearance. Of course they are actually the result of very careful selection and constant renewal and maintenance.

After his death the garden came into the excellent care of his daughter, Corona North, a passionate plantswoman who tended, extended and improved it with true devotion until her death in 1999. The Irish government inherited the gardens after her death and continue to manage them according to her principles. 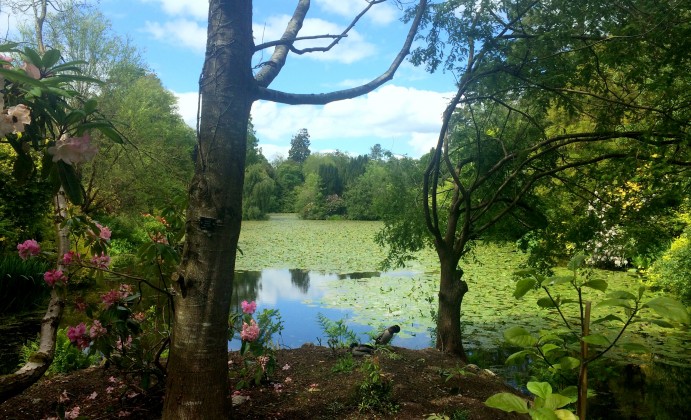 The many varieties of mature trees give the garden its character, but there are also wonderful perennial borders bursting with rare azaleas, rhododendrons, magnolias and much more. 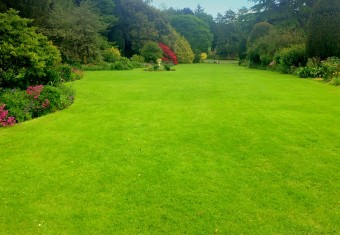 The lake is the most peaceful and serene part of the garden, its perimeter lined with trees and its surface covered in waterlilies.

It is beautiful at every time of year – in spring it is bright with rhododendrons, in summer a riot of color against intense greens, in autumn the colors of the leaves are magnificent while in winter, especially if it snows, it has a stark beauty.

A relatively recent project at the garden was the planting of the Corona North memorial border, and it is testimony to her standing in Irish gardening circles that plant donations for the border have flooded in from gardeners all over the country. 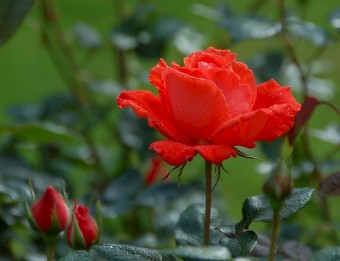 At the back of the house a large lawn with densely planted shrubbery leads towards the lake.  There is a rose garden here too, which includes many old and some quite rare species.

A long path through meadows leads to steep steps down to the River Slaney, where a huge variety of mature trees line both banks.

This is a wonderful garden to stroll around, with surprise and delight around every corner.

Some of the plants in the garden are available for sale in a small garden centre in the old walled garden and there is a small tea room which is open at weekends. It is also a very good place to bring a picnic. 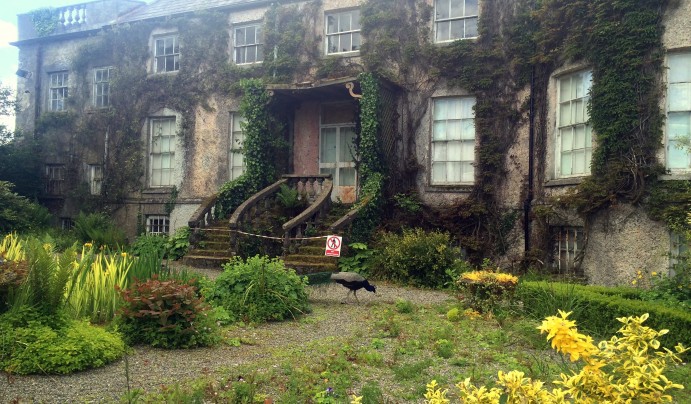 Truth is that Corona North was not much interested in the house, all her time, energy and devotion (and money) was poured into the garden, and it was gradually deteriorating throughout her tenure. Sadly with every passing year it is now sinking further into ruin.

Still, the house has glimmers of its faded glory and there is something very warm and inviting about it as it sits in its gardens as though it grew there. It is devoutly to be hoped that it will be restored at some point in the not to distant future.

Years ago I had dinner there, hosted by Mrs North. We ate around a huge table in a formal dining room, some 20 or more people. It is an occasion that I will always remember, with fondness because of our gracious hostess and the excellent company present, but also because we were served a starter of vegetables in copious aspic jelly, which may be the most disgusting thing I ever ate (and I ate it all)!

The gardens are open daily from 9am. to 7.30pm most of the year round, though times are curtailed in Winter and it would be wise to check ahead. Entrance is free, guided tours are available for €2.

Map and Directions for Altamont House

Ailwee Caves are Ireland's largest cave system, deep beneath the Burren in Co …