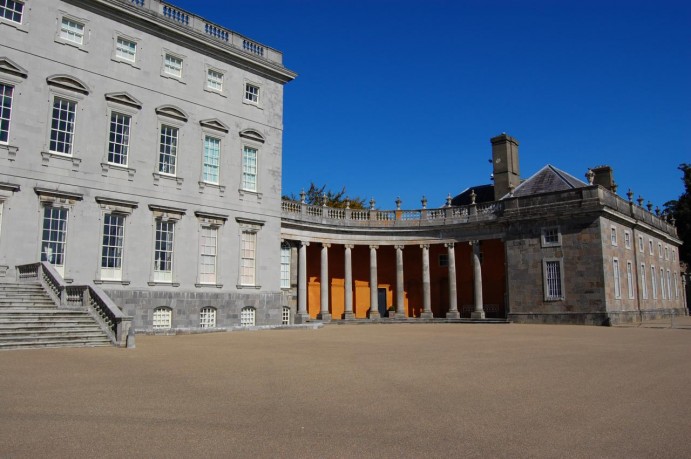 Building of Castletown House commenced in 1722 when William Connolly, Speaker of the Irish House of Parliament, decided he needed a house of suitable style and grandeur located close to Dublin.

To create this great house he hired Florentine architect Alessandro Galilei, known as the ‘the Pope’s architect’, who had recently designed a new facade for St John Lateran’s church in Rome.

The resulting classic Palladian mansion is one of the finest historic buildings in Ireland. Much admired in its day it was used as a model for many other houses in Ireland and beyond, its influence can even be seen in the White House in Washington.

The house was at the centre of the social and political life of Dublin society, with regular parties, balls, grand dinners and political meetings attended by the rich and powerful. 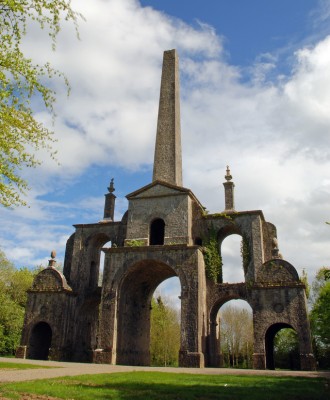 William’s wife, Katherine, was responsible for the building of the 140ft high obelisk, commonly known as Connolly’s Folly, in the grounds of Castletown.

It was built in 1740 partly to provide a vista from the main rooms of the house but also to provide employment to local people who were suffering badly after a particularly severe winter.

Katherine was well known for her charitable work and lived in Castletown until her death, at the age of 90, in 1752.

There is also another folly, the Wonderful Barn, which is well worth seeking out. 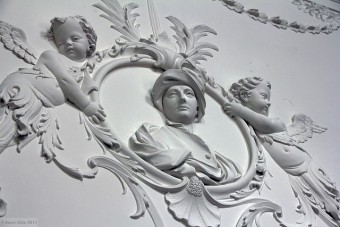 The person most responsible for the interior of the house as we see it to-day was Lady Louisa Lennox, who grew up close by in Carton House and in 1758, when she was just 15 years old, married William Connolly’s great-nephew Tom Connolly, the heir to Castletown.

Under Lady Louisa’s care the interior was decorated in magnificent style and with little expense spared. Wonderful stuccoed plasterwork by the famous Lafranchini brothers adorned a newly created great staircase, chandeliers were specially made and imported from Italy, handmade wall papers, beautiful furnishings and fine fabrics were used throughout. 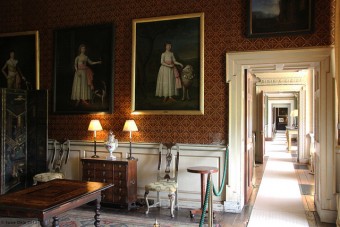 Perhaps the room where Lady Louisa is most present to-day is the Print Room, where she indulged her love of Italian art by pasting engravings to the wall and creating elaborate painted and engraved frames to surround them.

Print rooms were popular among the fashionable ladies of the day, but this is the only one that survives intact in Ireland.

Louisa also decorated the magnificent 80ft Long Gallery, where eight huge windows give views over the grounds towards the obelisk. Pompeian style friezes decorate the vibrant blue walls, three blue glass chandeliers specially made in Italy hang from the ceiling, statues of classical figures line the sides and plasterwork is painted in rich red and gold.

The Saving of Castletown House

Castletown House passed down in the Connolly family who continued to live there until 1965, until eventually the upkeep of such a large house became too much and it was put up for sale. It was bought by property developers, whose interest was in the 600 acres of land rather than the house, and who built modern housing on the estate.

The house was abandoned and falling into decay when it, along with 100 acres of land surrounding it, was purchased by Desmond Guinness in 1967.

Desmond Guinness is probably the best thing that ever happened to Castletown. With the assistance of the Irish Georgian Society and a foundation in which ownership of the house was vested, he spent more than three decades tirelessly raising funds, campaigning for the preservation of Castletown and generally giving his all to saving the house and salvaging as much of its furniture and fixtures as possible.

It was no easy task, the house is enormous, its upkeep wickedly expensive and there was not always an appetite in Ireland for spending tax payer’s money on preserving the heritage that surrounded such houses.

Now in the care of the government, Castletown is undergoing an extensive restoration, some of which is complete, though much remains to be done especially in the grounds. The hope for the future is that it will be a living place rather than a museum piece, its great rooms used for concerts, exhibitions and special events.

Camerata Ireland, an orchestral organisation and The Performance Corporation, a theatre company, will be based there and the Castletown Research Centre will bring students from the nearby university ofMaynooth.

While work is ongoing, the house is once again open to visitors. Many of the main rooms, the great entrance hall and staircase and much of the original plasterwork and decorative finishes have been restored to their original glory.

Walking through the house to-day you can only think that its earlier occupants would approve – a place that was in their time at the heart of Ireland’s social and cultural life is once again making a claim to that role, albeit in a very changed world.

The house is open from mid March until the end of October, Tuesday to Sunday 10:00am to 18.00pm. During the rest of the year it is open on Saturday and Sunday only. Entrance is free with a Heritage Card, otherwise costs €4.50 for an adult, with reductions for families and groups.

Guided tours are available and highly recommended. There is a cafe available.

Have you something to add about "Castletown House"?