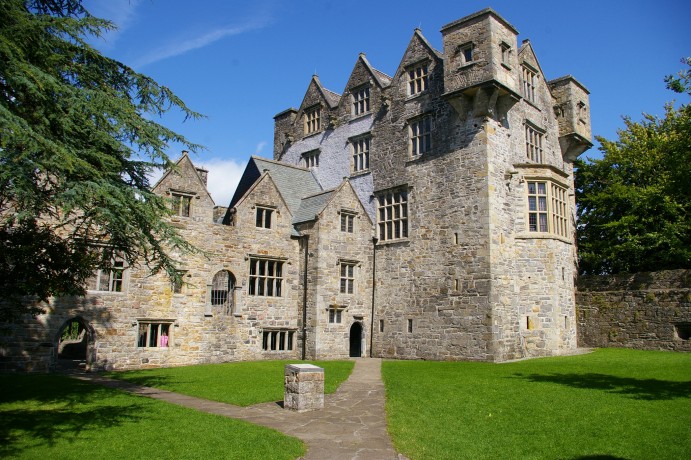 When it was originally built in 1474 by Hugh O’Donnell, chief of the O’Donnell clan, Donegal Castle was among the most impressive castles in the country, and over 6 centuries later it’s lost none of its impact. 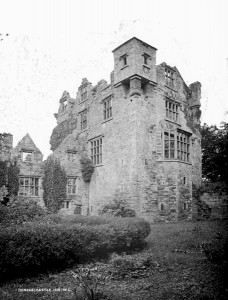 The rectangular keep of the original building is still there but was added to over the centuries, the main addition was built in the early 1600s when a manor house in Jacobean style was added. The keep was also ‘modernised’ to suit the taste and style of the day at that time, so is a little more ornate in appearance than a typical medieval castle.

During its history the castle has had just two families in residence. The O’Donnell clan held it until until 1607, when they fled Ireland following a failed rebellion – becoming part of the so-called ‘flight of the earls’.

A few years later the King granted the castle and its lands to Basil Brooke, whose descendants owned it until 1898 when it was donated to the state. It was partially restored in the 1990s.

Both these families are interesting and have an important place in Irish History.

At the time they built Donegal Castle, the O’Donnells already ruled one of the largest territories in Ireland, an area including most of modern Co Donegal as well as large parts of neighbouring counties and then known as Tyrconnell.  For a time Tyrconnnell was even recognised as an independent kingdom and the clan were both wealthy and influential.

This was the largest of their 7 castles in the area and the most strongly fortified. And they needed fortifications – territory in medieval Ireland was not often held without challenge. The longest standing threat came from the O’Neill clan, rulers of Tyrone, and for centuries these two powerful families engaged in pretty much constant and often bloody battle over disputed land.

With two famous victories over the O’Neills, in 1522 at the Battle of Knockavoe and in 1567 at the Battle of Farsetmore, the O’Donnells seemed to have secured and extended their territory, but a new enemy was on the horizon.

Red Hugh O’Donnell & the Flight of the Earls

By the 1580s both the O’Donnells and the O’Neills were threatened with seizure of their lands by the crown, and the old enemies came together to fight this new foe. 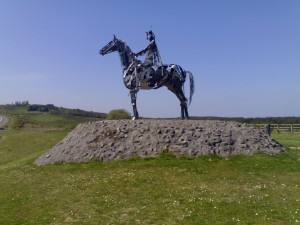 Red Hugh O’Donnell, leader of the clan at the time, was the leader of this effort, which at first seemed to succeed with the capture of most of North Connaught and victories against the English at the Battle of Clontibret and the Battle of the Yellow Ford.

However it was not to end well.

Despite the support of the King of Spain, who sent troops to help.  O’Donnell and O’Neills forces, in spite of the Spanish assistance, were roundly beaten by the English at the Battle of Kinsale in 1602.

Red Hugh left Ireland shortly afterwards for Spain, where he died the same year still trying to persuade the King to raise an army to help him regain his position. He was part of a wave of Irish cheiftains who left at the time following defeats by the English, an exodus known as ‘The Flight of the Earls’.

Back home in Donegal, the O’Donnell clan held on for a while, but it was not to last.

The Fighting Prince of Donegal

In 1966 Disney made a little known movie about the life of Red Hugh, known as The Fighting Prince of Donegal. It died at the box office but shows up periodically on TV. Here’s a little bit:

In 1611, the crown finally took control of the O’Donnell estates, some of which, along with Donegal Castle, were given to an army captain, Sir Basil Brooke, who was given the title Lord of Donegal. He set about modernising the castle at once, adding windows and a gable end to the keep, building a ‘modern’ manor house extension, creating an impressive banqueting hall to entertain guests and generally making it a fit home for a gentleman.

The Brooke family were to become an important part of Irish history. They didn’t remain long in Donegal, moving permanently after less than a century to Fermanagh, where their decendant still live today. Most of those who inherited down the generations served as MPs for Fermanagh in the British Parliament.

Another century, another Basil 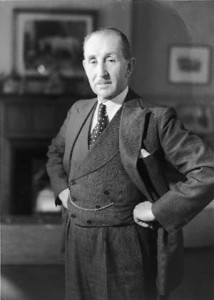 Most famous was another Basil Brooke, the 1st Viscount Brookborough, who is revered and loathed in perhaps equal measure in Northern Ireland. He was a hardline anti-catholic unionist, who rose to become a prime minister of Northern Ireland in 1943, a position he held for twenty years.

During this time – and afterwards as an MP – he was implacably opposed to the granting of civil rights to Catholics and to improving relationships with the Republic of Ireland. He was involved in the formation of the ‘B Specials’, a militarised essentially Protestant police force who terrorised Catholics for decades.

Though he was acknowledged by those from all sides who met him as an affable man and a great conversationalist, many historians lay at least some of the blame for the escalation of violence in Northern Ireland during the 60s and 70s at his feet.

Listen to him speak in 1969 (when he was almost 80) about his successor meeting with Irish leaders.

In the early 1980s, due to a roundabout set of unlikely circumstances, I had occasion to spend a night at Brookeborough Castle as a guest, quite an unlikely experience for someone born Catholic in the Republic of Ireland without any sign of a silver spoon! At the time John Brooke, Basil’s son and the 2nd Viscount, was head of the house.

My main memory is of a very grand house, a very warm welcome and of breakfast being chosen from a series of dishes covered with silver (real, I looked) domes laid out on a long sideboard. It was the first time I ever ate kedgeree.

A Castle Rising from the Ruins 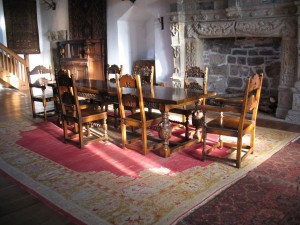 During the 1700 and later the castle was only sporadically occupied and gradually fell into ruin. Eventually, in very poor condition, it was donated by the Brooke family to the state (then the British state).

In the 1990s the Board of Works took on the gargantuan task of restoring the castle keep, which they carried out with great sensitivity using the same materials and techniques as would have been used at the time. The Manor house wing is still largely unrestored, though it has been re-roofed and made secure for possible restoration in the future.

Rooms have been furnished and decorated so that you can see the castle as it would have been in various different periods of its history.

The castle is open to visitors from 10am to 6pm daily from Easter to mid-September, at other times from Thursday to Monday until 4.3pm. There are free tours. Allow about an hour for a visit.

Have you something to add about "Donegal Castle"?