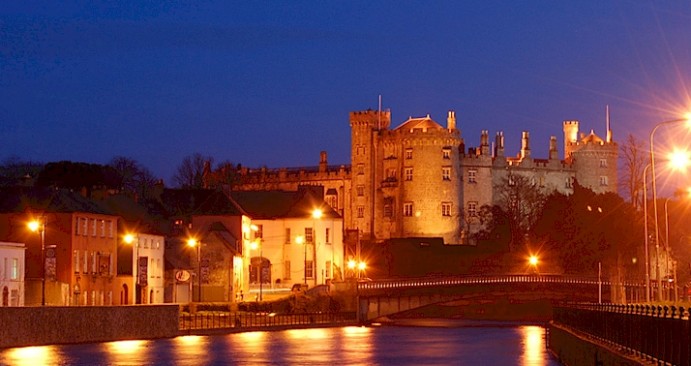 Perched on high ground overlooking the River Nore, Kilkenny Castle dominates the city that grew up around it over the last 800 years and is still very much an integral part of its daily life. Recent renovation has made more of the castle accessible to visitors and a very worthwhile tour takes about an hour.

Downstairs, in the basement of the castle, the Butler Gallery holds regular exhibitions of Irish and International contemporary art and a small restaurant is open during the summer months.

A Short History of Kilkenny Castle

The strategic importance of the site, on a bend in the river,  meant that even before William Marshall began building a castle there in 1192 there were earlier defensive structures in place.

Later renovations have obscured much of the original structure, but the towers and enclosing stone fortifications were complete by the early 13th century.

Marshall, whose father in law Strongbow led the Norman invasion of Ireland in 1190, gave Kilkenny its first charter in 1207 and under his influence and that of other early Anglo-Norman settlers, Kilkenny grew to be a powerful centre of trade and influence.

In 1391 ownership of the castle passed to the Butlers, Earls of Ormond, who controlled vast areas of land given to them by Henry the 2nd.  The Earls of Ormond were, and remained, closely aligned with the English monarchy. 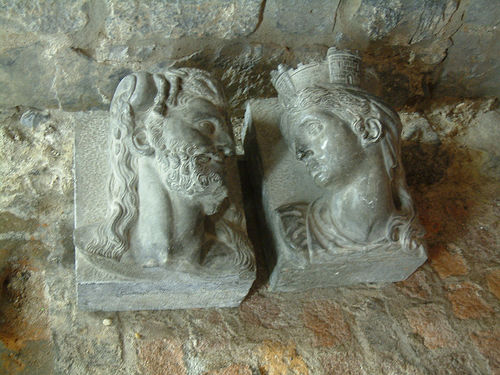 A member of the family married the grand daughter of Edward II, and over the following years several English Kings, including Richard II visited the Butlers at Kilkenny Castle.

In 1650 invading Cromwellian forces mounted an attack on the castle and although it was initially successfully defended they eventually managed to take control of the city by another route. The Butlers were driven from their home and went into exile in Europe until the restoration of Charles II to the throne in 1680, when they were bestowed with a Dukedom in recognition of their loyalty to the crown.

Apart form this short period the Butlers remained in residence at Kilkenny Castle until 1936, almost 600 years, and finally relinquished ownership when the 24th Earl made a gift of the castle to the people of Kilkenny and its grounds to the nation in 1967.

Although the castle underwent many changes, renovations and even rebuilding during the period in which it was occupied by the Butlers, its original four towered fortress plan remained basically intact. The main buildings now stand on three sides of a central courtyard, the southern side of which was lost, probably in the 15th century. 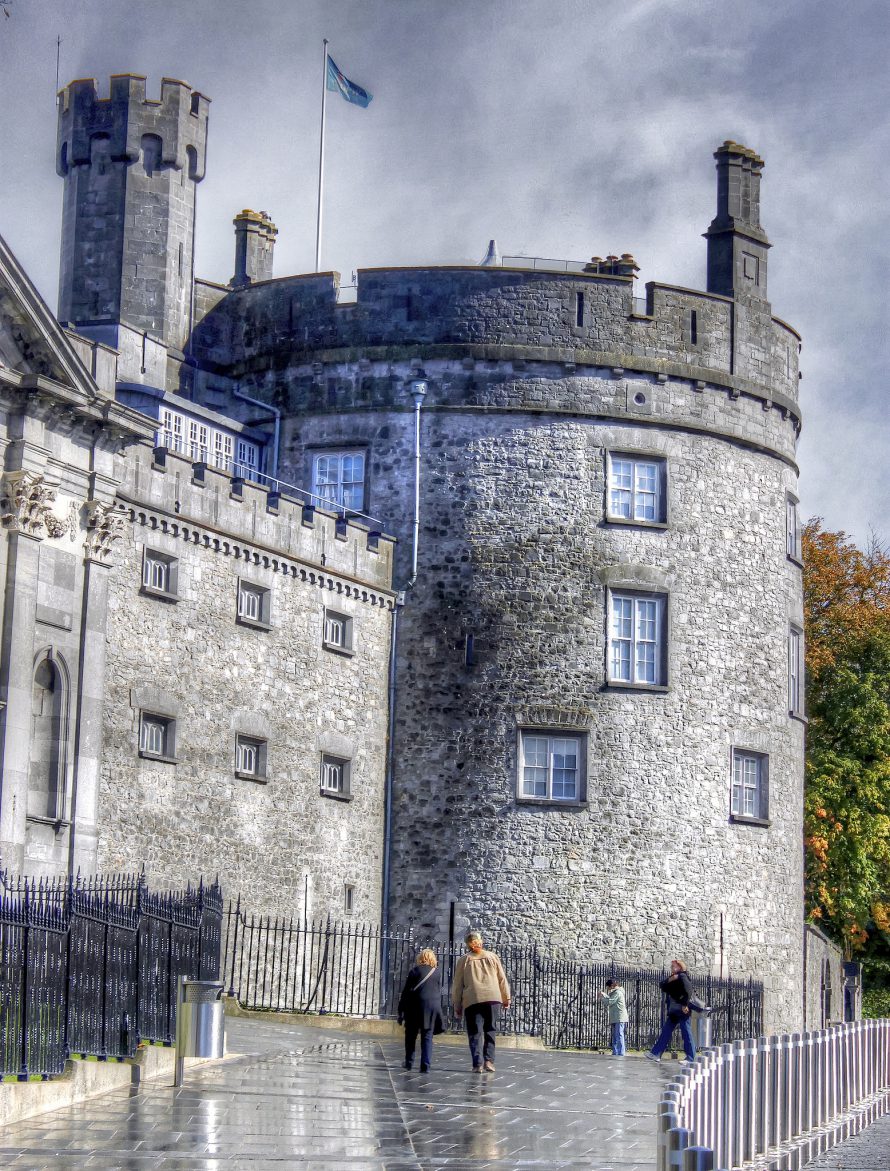 The oldest part of the castle faces the street and the tower at the end of this wing has been extensively restored in recent years, making it easier to imagine how the castle must have looked in its early years.

The first major rebuilding was carried out by the first Duke of Ormond following his return from exile in the 1680s.

Inspired by the French architecture he had seen while in Europe, he not only altered the facade of the buildings but created the elegant gardens and vistas which are still a feature of the castle grounds to-day.

In another period of renovation in the second half of the 19th century the appearance of the castle was changed radically. The present north and west wings date from this time and while they were built in Medieval and later Gothic revival styles, with much ornamentation, they are essential Victorian in style.

The aspect of the castle changed at this time too, with the main entrance moved to the front of the North wing, where it overlooked the formal gardens. 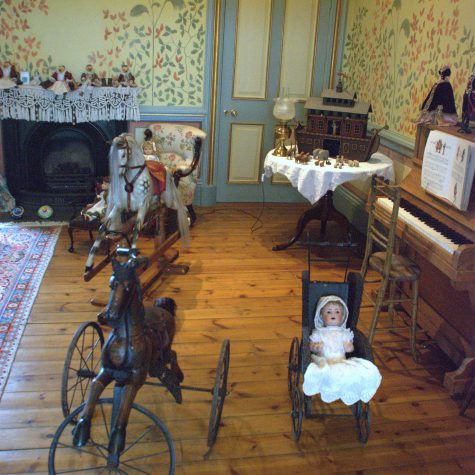 The most impressive room of the castle is undoubtedly the Picture Gallery on the first floor, decorated in pre-Raphealite style during the 19th century.

Its elaborate wooden roof, created by John Hungerford Pollen, is decorated with golden dragons, its walls are lined with Butler family portraits and the Carrara marble fireplace is richly adorned with carved foliage.

Other notable rooms include the richly furnished Chinese Bedroom and a beautiful wood panelled dining room.

A favourite with visiting children (of all ages!) is the nursery, with its beautifully made Victorian toys. 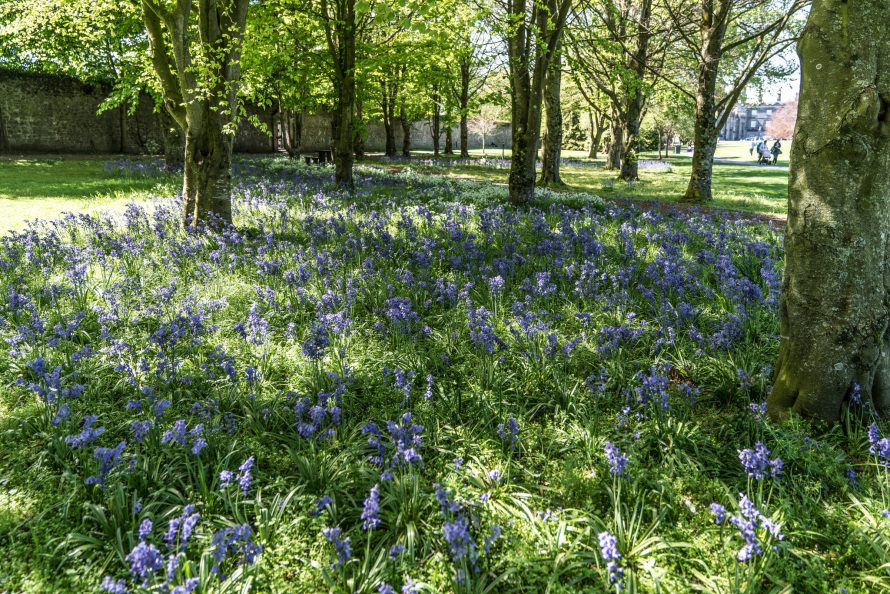 Now known as The Castle Park, the grounds of the castle are much used and loved by those living in Kilkenny, from the formal rose gardens at the front to the rolling open green area at the back which appears to lead into the far distance.

Woodland walks wind down the hill to the riverside or along a shady route to the hidden duck pond. A small cemetery where members of the Butler family are buried includes the grave of Sandy, an evidently much loved pet dog buried in some style.

The Castle Park is a very pleasant place for a quiet walk or a picnic and there is a good playground where children can work off some excess energy.

The castle is open to the public seven days a week year round. Access to the main rooms is by tour only, with tours leaving regularly from just inside the courtyard entrance.

The grounds are open daily from early morning until just before dusk and are free to enter.

These distinctive structures,created between 3000 BC and 2000 BC mark burial …