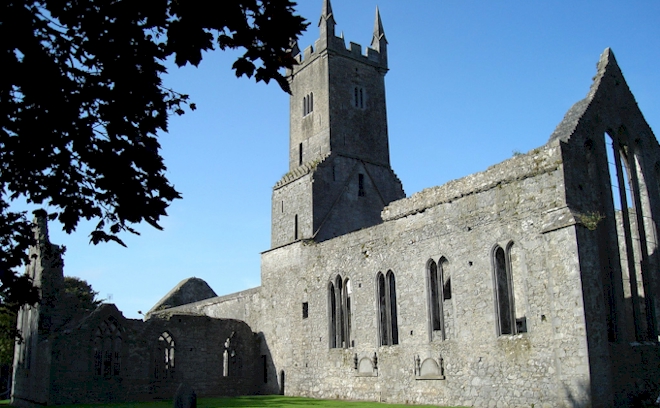 Although a ruin now, Ennis Friary was once home to over 300 Franciscan Friars and 600 students. It was established in 1240 when the Franciscans were invited to the area and given land by Donncha O’Brien, King of Thomond.

Both the powerful O’Brien family and later the MacMahons and the MacNamaras continued to provide support to the community there for centuries afterwards.

The Friary in its Prime 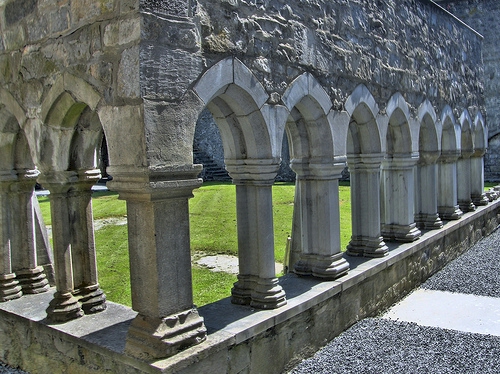 The Friary grew in importance to become an important centre of learning and not only in Ireland, it was renowned throughout Europe.

It became a large complex, the church surrounded by cloisters, dormitories, workshops, a huge kitchen and refectory – not surprising when at it’s height almost 1000 people lived and worked within its confines.

The town of Ennis grew up around it, providing services and supplies to the Friars and catering for the many visitors who travelled often great distances to study and pray there. 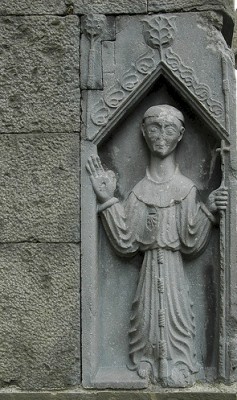 By the mid 1500’s a thriving town had developed and the Friary was at the height of its power.

Walking around it is clear that these were once very impressive buildings indeed, and the fine stone carvings, statues and tombs, most of them carved from local limestone, give a glimpse of how it must have looked at it’s height.

The carving of St Francis displaying his stigmata and the magnificent MacMahon tomb, dating from 1470 and with elaborate scenes from the passion of Christ, are highlights of a visit.

The Decline of Ennis Friary 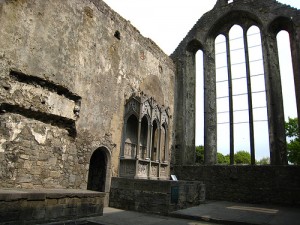 In 1531 the English King Henry VIII declared himself Supreme Head of the Church of England and passed the Act in Restraint of Appeals, which eliminated the right of Catholic Monasteries and Friaries to exist.

Initially those in Ireland were less affected than those in England, but life became more difficult. Lands surrounding the Friary were possessed by the crown and given or sold to those loyal to the king, taxes had to be paid and it became difficult to preach and teach openly.

The Friary held on tenaciously, though in a much reduced form, until it ceased to exist in the 1690s, its once large community reduced to a few friars who lived among the local people in semi-hiding.

The building has been in the care of the state since 1894 and is now looked after by Duchas, the Irish Heritage Council.

The Franciscans in Ennis Today

Ennis still has its Franciscans today. Close to the ruins of the old Friary is the new one, home to-day to a small, and shrinking, community of Franciscan Friars established in 1854. Nearby the Poor Clare Convent houses a Franciscan order of contemplative nuns.

Thus the connection between this place and the Franciscans, though it was tenuous and threatened at times, has persisted for almost 800 years.

To-day the only threat to the existence of the community comes from lack of vocations rather than any religious suppression.

The Friary is open from May to September, with guided tours available. The tours take about 30 minutes and are well worth doing. Tours can also be organised for groups by arrangement at other times of the year.

If you are touring Ireland for more than a couple of days, this card will …