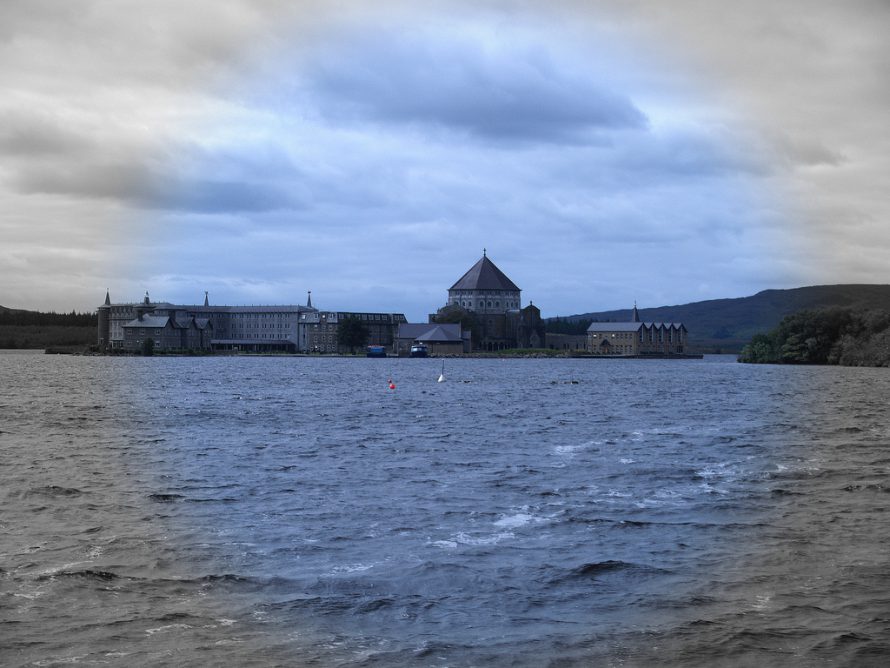 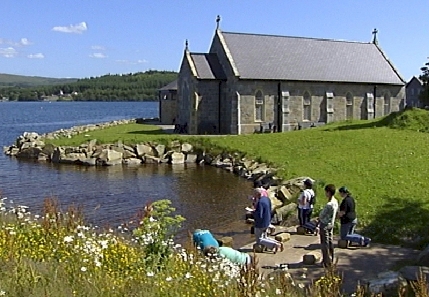 This is an island in Co Donegal (not to be confused with an Island of the same name on the Shannon) to which pilgrims go for three days at a time, any time between April and October.

Lough Derg is also closely associated with St Patrick, although there is no evidence that he ever visited the Island, and is also known as St Patrick’s Purgatory.

A pilgrim’s time on Lough Derg is spent in prayer and fasting. The routine is tough and unvarying. On the first night pilgrims do not sleep at all, on the second they sleep in basic dormitories.

A series of ‘stations’ are visited, with prayers said and rituals observed at each. These are spread around the Island and involve a good deal of walking, all of which is done barefoot since shoes are checked in on arrival. 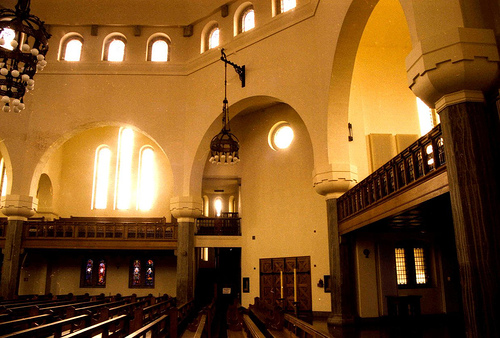 A core part of the stations is known as “the beds”, stone mounds which are the remains of cells used by monks. Each bed is dedicated to a saint, and pilgrims walk around each in silent prayer.

Between the stations there prayers and masses in the basilica on the Island.

Fasting is an important part of the experience, only one meal a day of tea and dry toast is allowed. Hunger is exacerbated by the long barefoot walks and is made the more piquant by the aroma of cooking emerging from the house of the resident priests.

Why do people still choose to go?

Even in today’s increasingly secular Ireland there are no shortage of people who choose to visit Lough Derg. There are probably as many reasons as pilgrims, with some looking for repentance, others looking on it as a challenge.

It is quite common for people to pray for something – say for success in an exam or that someone will recover from an illness – and promise that if their prayer is answered they will “do Lough Derg”.

For those who don’t feel they can tackle the full rigors of a traditional pilgrimage, one-day retreats are available.

There is a small shop on the Island selling religious books and other items. They can be bought online too at the Loughderg website.

Not to long ago visitors avoided Belfast, but times have changed and it is now a …

The Cliffs of Moher is one of the most visited places in Ireland, featuring on …

Have you something to add about "Lough Derg"?