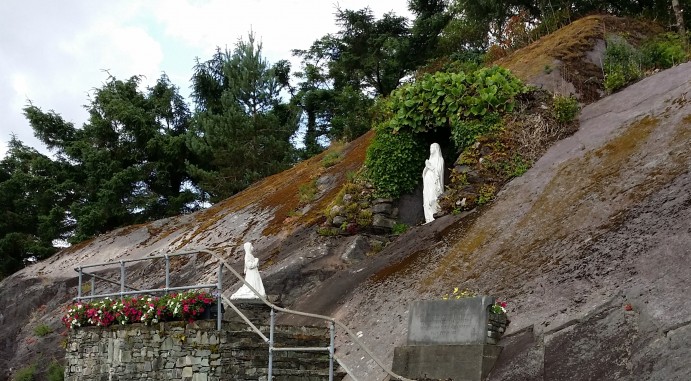 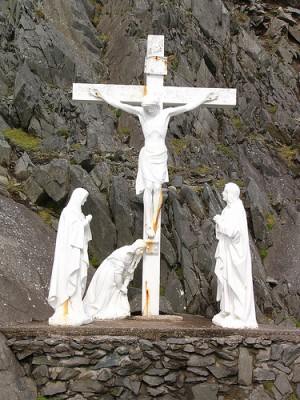 Nobody can travel for any distance in Ireland without coming across a roadside shrine or grotto.

They vary from just a small statue set into a wall, to large, elaborately constructed tableaux and the vast majority are Marian Shrines, although some celebrate local saints and others, such as the one on the left, depict the crucifixion.

In spite of the documented drift away from organised religion that has taken place in Ireland over the past few decades, they are almost invariably well tended and often bedecked with fresh flowers.

Many are close to Holy Wells, places now associated with Christian saints but whose origins almost certainly date back to pagan times, and other are situated in places that have significance locally that long predates the shrines themselves. 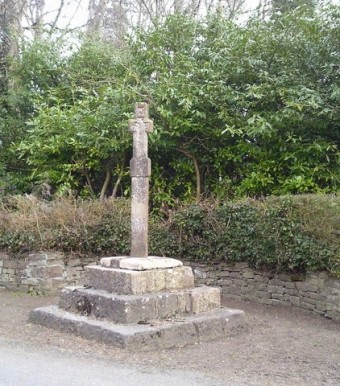 It is possible that the tradition of erecting shrines is related in at least some way to the late Medieval wayside crosses, a tradition that was mainly confined to County Meath.

The earliest of these were erected by the Plunkett family in the late 15th century though later other Anglo Norman families took up the tradition and they continued to appear up to the 1700s.

Most of these crosses were erected to commemorate family members and a number ask for prayers or offer indulgences, so in a sense they might be more akin to the memorials set up on roadsides for people killed in traffic accidents.

Some are impressive examples of stone masonry however, with elaborate carvings and decoration, so they are worth looking out for in their own right. 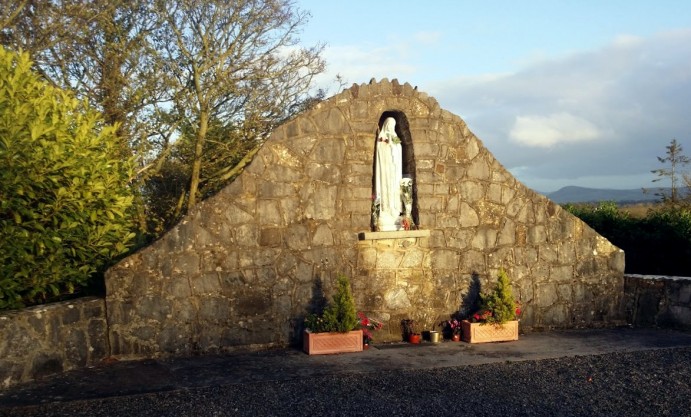 Although a few date from the early part of the 20th century, most of the shrines you’ll encounter today date from 1954, which was dedicated by the Vatican as a Marian Year, a year of celebration of and devotion to Mary.

Probably no other country embraced this year with greater fervour than Ireland. 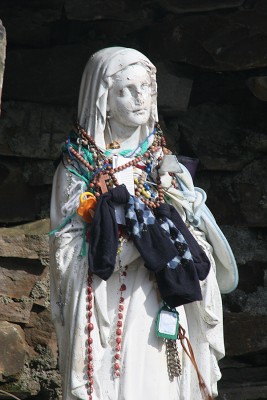 As well as erecting hundreds of shrines commemorative stamps were issued and the Irish named a near majority of girls born that year Marian or Mary. The number of young women gripped by vocations and entering convents soared and on May 16th over 30,000 people marched through the centre of Dublin to celebrate Queenship of Mary.

The tradition of devotion to Mary persisted after 1954, albeit among ever declining number and it is one now confined mainly to an older generation.

When I was at boarding school in the late 1970s we rose early each morning in May (the month of Mary), were trooped across a hockey pitch to a Marian Shrine close to the shoreline in the school grounds and there, although barely awake, sang hymns in praise of Mary, often to the great amusement of the occupants of passing boats.

Although this tradition didn’t exactly fill us with glee at the time I seriously doubt you would persuade any group of teenage girls to do it at all to-day!

It is a sign of changed times that when there was another Marian Year in the late 1980s it passed pretty much unnoticed by the bulk of the Irish population.

Still, in almost every parish, there is a dedicated band of people who maintain the shrines and grottoes which have become part of our landscape and our heritage. 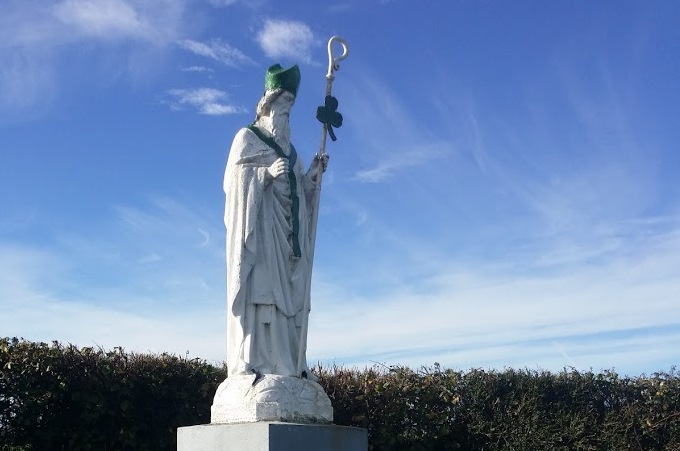 While most grottoes are dedicated to Mary or are depictions of the Crucifixion, you will also see roadside statues of saints, in particular of St Patrick. These are rarely true grottoes however, instead they are statues erected over or alongside Holy Wells which bear the saint’s name.

More often than not the local area also bears the name of the saint or of the well – as with this one of St Patrick, in the townland of Patrickswell, close to Ballingarry in Co Limerick.

In 1985 a phenomenon occurred which grabbed news headlines around the world, became a topic of conversation all across the country and, for a time at least, saw a resurgence of interest in Marian Shrines.

Or at least many people believed they did, and flocked in their thousands night after night to experience these ‘miracles’.

Others remained skeptical, attributing what people saw to an optical illusion brought about by staring intently at a statue lit up at twilight against a dark background. 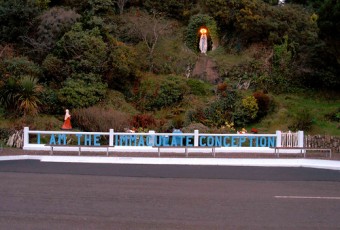 The phenomenon began when local people reported that the statue of Mary at a grotto in Ballinspittle in Co Cork (shown here) was moving.

Crowds gathered on subsequent evenings and many of those present, who had often travelled considerable distances, reported seeing movement. Others saw nothing.

Still, in rapid succession reports came in of similar phenomena at shrines all over the country, until eventually just about every part of Ireland had its very own local moving statue.

And then almost as suddenly as it began, it was over. Crowds fell away, the news cycle moved on and there was once again little attention paid to the shrines outside those who had been there anyway before the curious crowds arrived.

This great excerpt from a documentary made at the time has a gently cynical undertone:

Off topic: Look out for perhaps the greatest comb over ever just after 7 minutes

There is little need to direct anyone to a particular place to see a shrine or grotto – you will just see them, they really are everywhere!