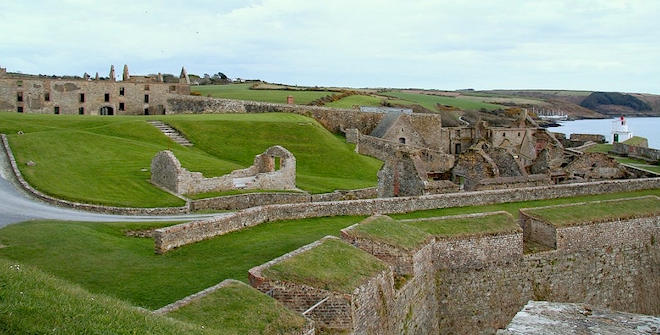 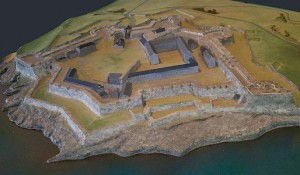 Built in 1680 during the reign of King Charles II, this fort remained a British army base until Irish Independence in 1921.

A huge fort, with five defensive bastions around its perimeter, it was built in a star shape, a configuration that provided better defence against cannon fire than the older circular forts.

It isn’t always easy to make out the shape when you are there, but models (in the visitor centre) is one of several that show how the fort grew and developed over time.

This style of fort was common throughout Europe at that time and Charles Fort is one of the best remaining examples of a star-shaped fort in Europe.

It’s a huge complex, with troop sleeping quarters including married quarters, parade grounds, a hospital, gun and ammunition stores, barracks and stables. It has a slightly desolate air about it now, but as you explore the fort it’s not difficult to imagine what a busy and active place it must have been in the past.

The Siege of Kinsale

The position of Kinsale, with an easy approach from the sea, and its sheltered harbour means it was always of strategic importance in the defense of Ireland and from the Vikings onwards it has been subject to many attacks and been the site of many important battles.

The most famous of these is the Siege of Kinsale, which took place in 1601 and saw an English sent to Ireland by Queen Elizabeth I defeat a combined force of Irish and Spanish soldiers, a vital victory which resulted in England gaining complete control of Ireland.

During the siege Ringcurran Castle, an earlier building which stood at the site of Charles Fort, was destroyed. This left the harbour unprotected. 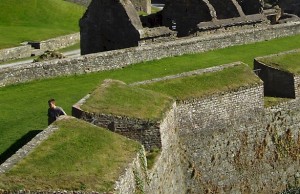 When it was constructed between 1670 and 1680 the fort was intended to secure entrance the harbour at Kinsale and defend the  town from an expected attack by Louis XIV of France, which was believed to be imminent.

It was built to be impenetrable, facing out to sea with walls up to 6m thick. Its five point star shape incorporated 5 bastions, three landward ones, each with a sentry gate at its point, and two seaward bastions, the Devil’s Bastion and Charles’ Bastion which had gun embrasures built inside the thick walls as well as on top of them.

In the event, the attack from the French never materialised.

French forces eventually did arrive at Kinsale,  in 1689, when the were sent to support Charles’ son, the Catholic King James II who had lost the throne of England to the Protestant William of Orange.

James, with the aid of the French, was determined to retain control of Ireland and Kinsale was the base from which he launched his ultimately doomed campaign which eventually ended in total defeat to King William at the Battle of the Boyne in July 1690. 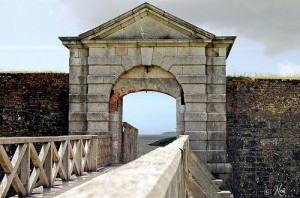 In September of that year, victorious Williamite forces marched on Kinsale and proved that although Charles Fort was pretty much impregnable from the sea, it was vulnerable to attack from the land side.

The effects of this attack can still be seen in several places, but most noticeably at the entrance gate to the fort, which is clearly more recent than the walls and was built to replace the one destroyed during a 13 day siege which ended in victory for King William. 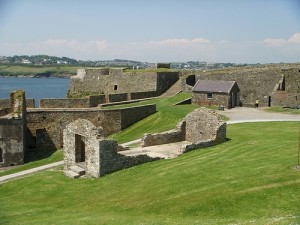 Inside Charles Fort by dylans

For several hundred years following this victory Charles Fort was occupied by Crown forces and it grew and was added to over the years.

At the time of its abandonment by the British in 1921 the fort had accommodation for 9 officers and 200 men, some of whom lived with their families in married quarters.

The fort was taken over by the new Irish Free State but became embroiled in the civil war which erupted between the state and anti-treaty forces.

The damaged state of the fort to-day is largely a result of fighting during the Civil War and it was finally set on fire by retreating anti-treaty forces and burned extensively. Neglected for decades, in 1973 it was declared a National Monument and taken into the care of the Office of Public Works who began an extensive restoration programme which is still on-going.

What to See at Charles Fort 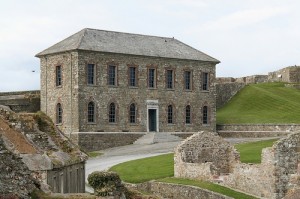 Although much of the fort is in ruins, it is a fascinating place to visit and kids in particular enjoy rampaging around on top of the thick walls and taking up positions in the bastions!

The former commander’s quarters are still intact and now house an exhibition centre.

In an early nod to health and safety, the gunpowder store was cleverly designed to prevent disastrous accidents. It has an outer stone wall within which is a double brick cavity wall enclosing a small room.

The idea was that the force of an explosion within the room would be dissipated by the two inner walls and leaving the outer one intact and the occupants of the fort unharmed. 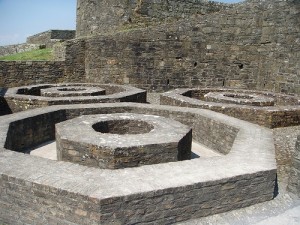 The octagonal structures in the image somehow look as though they are something very important to do with defense – and in a sense I suppose they were, they were built to support huge water tanks.

As you can imagine since it was designed to provide defence against sea attack, the views over the sea from the top of the walls and from the bastions are quite spectacular. 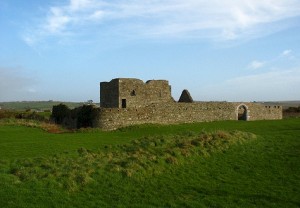 On the opposite side of the harbour from its better known partner, James’s Fort was built between 1602 and 1607, immediately after the Siege of Kinsale. It too was captured in 1690 by Williamite forces.

There has been some restoration, though not as much as at Charles Fort, and it is free to enter. Not a bad option at a busy time of the the year and it’s a great place to watch boats go by or take photographs of Charles Fort from across the harbour.

Charles Fort is open daily from March to October and at weekends the rest of the year. Free guided tours are available and are well worth taking.

It is located about 3km east of Kinsale, close to Summercove. The walk from Kinsale is a very pleasant one on a good day, but there is a car park on site for those coming by car. It is well sign-posted.

Free with a Heritage Card. During the Summer only there is a café serving light snacks available.

For a great view of both Charles Fort and James Fort, switch to satellite view and zoom in.

Have you something to add about "Charles Fort & James Fort"?