Home » What to See » Forts and Jails » Kilmainham Jail 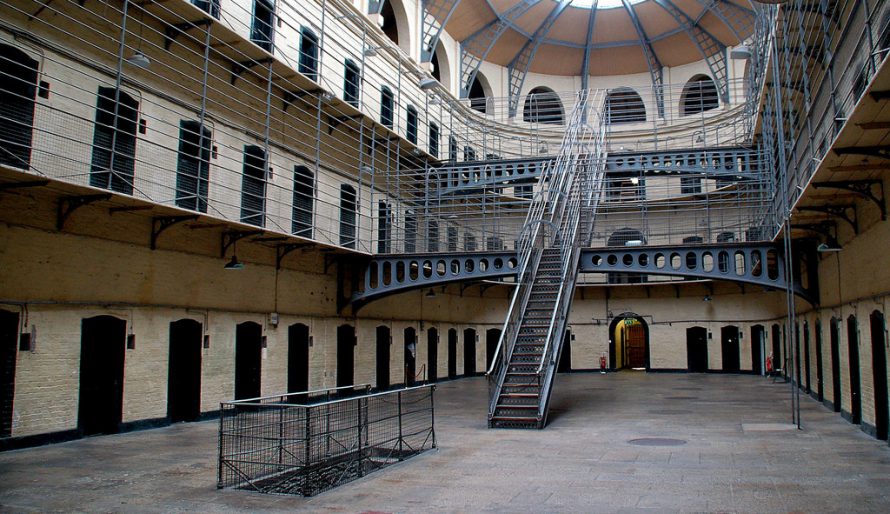 Built in 1796, Kilmainham Gaol (or Kilmainham Jail) has an unique place in Irish History and was where for more than 100 years those who fought against the English occupation of Ireland were imprisoned and where many of them died.

It is a sombre, even chilling, place to visit, but absolutely fascinating.

There is a heavy emphasis during the tour here on putting the gaol in its historic context and visitors will leave with a much deeper understanding of the often complex forces which shaped the Irish nation.

There are two main wings to the Gaol, very different in character.

The East Wing (pictured top) opened in 1864, during a period of Victorian prison reform and is almost identical in design to Pentonville Prison, a soaring 3 story high space surrounded by catwalks onto which the cells open. It is architecturally very impressive. 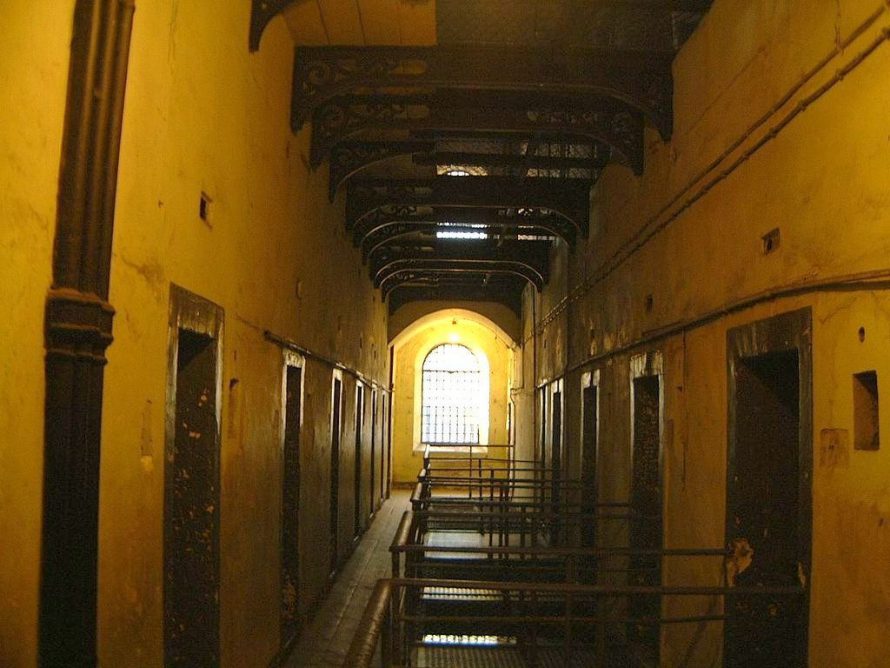 The older part of the gaol in the West Wing remained in use however, a dark and claustrophobic corridor of cells where prisoners awaiting execution were held.

The corridor leads directly to the Stonebreaker’s Yard, scene of many executions.

A Place of Death 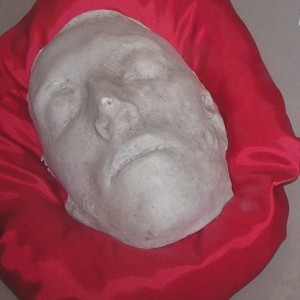 In 1803 Robert Emmet, leader of an ill-fated rebellion against the English, was imprisoned in Kilmainham before being taken to Thomas St where he was hung and beheaded. The block where he was beheaded is in on exhibit here, as is his death mask (left).

Emmet’s famous speech before his execution included the following words:

“When my country takes her place among the nations of the earth then and not till then, let my epitaph be written”.

Many of those who took up his struggle would follow him too into Kilmainham, and meet a no less tragic end. Charles Stewart Parnell, who led the Land Reform movement and agitated for home rule for Ireland, was held here for 6 months in 1881.

Two years later an extreme group of republicans known as ‘the invincibles’ assassinated Lord Frederick Cavendish, British Secretary for Ireland and his undersecretary Thomas Henry Burke in Phoenix Park. Five of them were hanged in the prison yard. 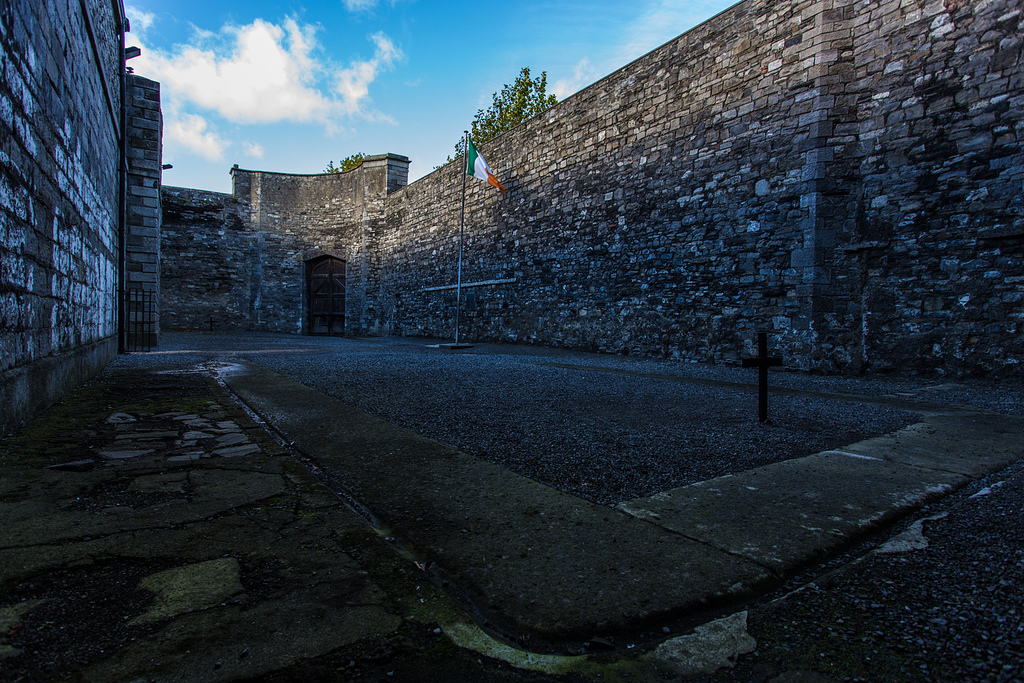 The most famous, or infamous, executions of all in Kilmainham were those of fourteen of the leaders of the failed 1916 Easter Rising. These took place in May 1916, in the early hours of the morning in the Stonebreaker’s Yard.

Among them was leader of the Rising Padraig Pearce and his brother William, James Connolly, Eamon Ceannt and Sean McDermott. Stark black crosses now mark the places where these deaths occurred.

While the Easter Rising ended in failure, the execution of those involved was a disaster for the British as it rallied even those who had opposed the Rising to the cause of Irish Freedom and eventually led to the formation of the Irish Free State in 1921.

Kilmainham and the Irish Civil War

The treaty which created the Irish Free State involved compromise – freedom for 26 counties but the retention under British rule of the 6 counties of Northern Ireland. This led to bitter division between the leaders of the new state and those of their former colleagues who were against the treaty and resulted in the divisive and bloody Irish Civil War.

During the Civil war executions of anti-treaty Republican prisoners took place in Kilmainham, this time not at the hands of the English but on the orders of their civil war opponents, the government of the Irish Free State. Their number included four young Dublin men whose only crime was the possession of firearms.

It is a sad fact there were more people executed in Kilmainham, by their fellow Irish men, during the few years of the civil war than in the more than 120 years preceding it. Even now this is a truth that is often glossed over and little talked about. These executions created a lasting legacy of bitterness which is still not far below the surface in Irish politics to-day. 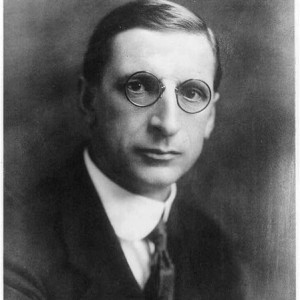 After his release the prison was closed, locked and essentially left to rot by a population who hated even the mention of its name and wanted to forget the injustice, torture and executions with which it was associated.

It wasn’t until the 1960s that efforts began to preserve it and open it again to the public. It opened in time for the 50th anniversary of the 1916 Rising and is now one of the most popular tourist destinations in Dublin. 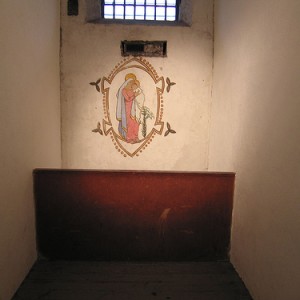 One of the most poignant events that ever took place in Kilmainham was the marriage of Joseph Plunkett, one of the leaders of the 1916 Rising, and Grace Gifford.

Grace was born a protestant but after she met Plunkett took instruction in the Catholic faith, was baptised in April 1916 and the couple were due to marry on Easter Sunday that year, the very day the Rising commenced.

When she learned that her fiancé was to be executed, she persuaded the authorities to allow the wedding to go ahead in the prison. Thus on May 3rd 1916 the two were married in the small prison chapel.

The next morning Joseph Plunkett was shot by a firing squad. Grace lived until 1955 and never remarried. Grace herself became a prisoner in Kilmainham in February 1923, during the Civil War.

She was an artist and during her 3 month imprisonment she painted pictures on her cell walls, including one of the Madonna and Child (above) which survives. The chapel were the wedding took place has been restored.

Kilmainham is open all year round and is easily accessible from Dublin City Centre on the following bus routes: 51B, 51C, 78A, 79, 79A.

There are long, long lines here in high season and at weekends all year round. You can skip these if you have a Dublin Pass, otherwise get there as early in the day as possible to reduce your waiting time.

The visit includes an excellent and essential guided tour, led by knowledgeable guides who really know their history.

Some very good interactive audio visual displays have been created, which are both illuminating and thought provoking. Once for example gives a well balanced history of the death penalty, with arguments for and against it’s use nowadays and allows visitors to vote for or against.

It is hard to call a visit to Kilmainham Gaol fun, it may even be quite frightening for younger children and many of them will find the emphasis on history a tad dull. However older kids and especially those with an interest in history or in the ‘grisly and gory’ will both enjoy it and learn a lot from it.

Map and Location of Kilmainham Goal