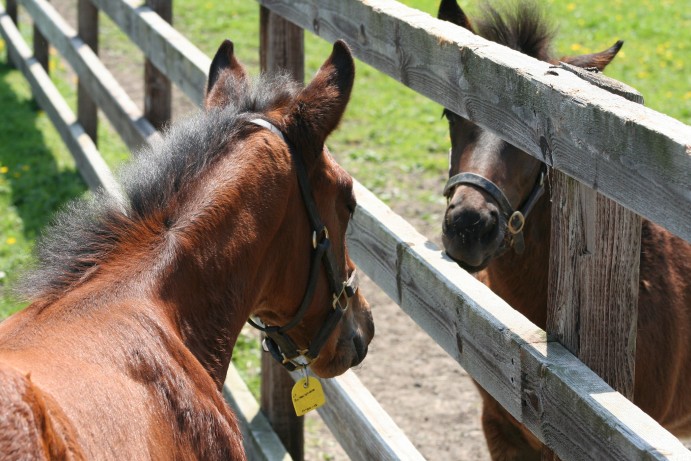 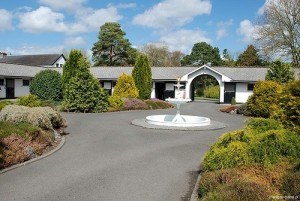 Ireland is horse country, its history in both sport horse and thoroughbred breeding is long and Irish horses are probably as widely dispersed around the world as Irish people.

The National Stud at Tully in Co Kildare covers almost a thousand acres and is a busy working stud farm with a renowned training centre for stud management attached.

But horses are not all you will enjoy on a visit, there are also two very fine gardens to be explored and this is a destination enjoyed by gardeners as much as horse lovers. 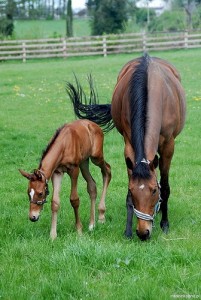 This is a must for anyone with an interest in horses. You will see some of Europe’s finest stallions, mares and foals and get a real insight into how a stud farm operates. The tour is led by guides who know every hair of every horse and are a real mine of information.

The Irish Horse Museum is also fascinating, with Interesting and well presented exhibits on all aspect of the Irish horse. The 10 minute video of the birth of a foal a highlight and lovers of National Hunt racing can see the skeleton of Arkle, probably the greatest horse that sport has even known.

You are free to wander along the pathways of the stud and see the mares and foals in the fields, which for many is the most enjoyable part of their visit.

The whole Kildare area is steeped in horses and there are racetracks at the Curragh, Naas and Punchestown, all within a few minutes drive of the stud.

Many trainers have their stables around the Curragh and if you arrive early in the morning, take a detour off the motor way at the Curragh exit and you will see the strings of horses out for their morning gallop. 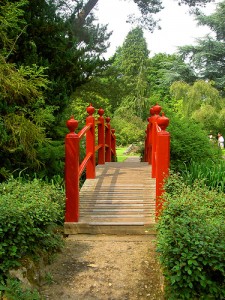 The Bridge of Life by littledan77

One of the finest Asian gardens in Europe, the Japanese Gardens at Tully were created by Colonel William Hall-Walker in the early 1900’s, with the actual work and design done by the Japanese gardener Eida and his son Minoru, assisted by dozens of local workers.

There was a fashion at the time for oriental gardens, and Colonel Hall-Walker certainly took the task seriously, not only bringing over a Japanese gardener but also importing an entire shipload of plants, including many valuable bonsai, Japanese garden ornaments and even a geisha house which was reconstructed at Tully.

The gardens are laid out as a journey of the soul though life. In the beginning is a soul in oblivion, searching for and finding a body.

Then comes birth, with a passage through a rocky cave and on to a path through a dark tunnel which is symbolic of the lack of knowledge of a child. 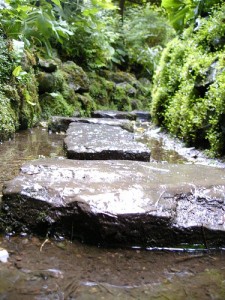 Path of Adventure by Kasia and Mike

After a steep climb up the hill of learning there are choices to make, the straight path of the bachelor, the cherry-tree lined way of the self-indulgent or the middle, riskier, path to the Island of Joy and Wonder, with marriage as the reward.

There is a climb up another hill – this time the hill of ambition and achievement – and several blind paths which symbolise the difficulties of married life before eventually the Garden of Peace and Contentment is reached, a lovely restful place of shady trees and the sound of flowing water.

Finally there is the Gateway of Eternity, though which life’s journey ends.

The Commemorative Garden of St. Fiachra 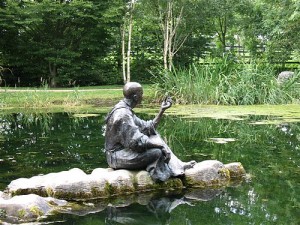 St Fiachra is the patron saint of gardeners and this garden, created in his honour in 1999, is inspired by the spirituality of monastic life in Ireland during the 6th and 7th centuries.

It is in many ways the opposite of the Japanese gardens and emphasises the natural features of the Irish landscape – woodlands and waterfalls, islands and bogs, with native planting to the fore.

There is a sunken oak forest which features bog oak thousands of years old taken from the nearby Bog of Allen, there are rocks from the West, rebuilt monastic cells and a statue of St Fiachra in contemplation as he sits by a lake.

The stud is open from mid-February until Christmas each year. Guided tours of the stud, which last about 35 minutes, are available and recommended. Between visiting the stud, the museum and both gardens, you’ll easily spend 3 hours or more here.

Have you something to add about "The National Stud and Japanese Gardens"?