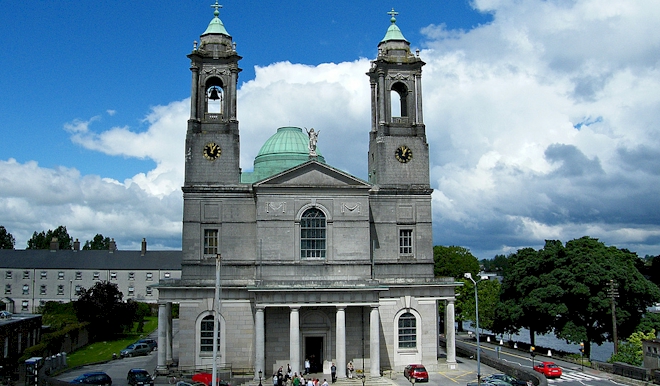 Athlone sits pretty much at the centre of Ireland on the banks of the River Shannon, a situation which gave it great strategic importance in times past. Initially a ford, which provided one of the only places for miles where the river could be crossed, a bridge and a fort to protect it was first built here in the 12th century.

This crossing point was the location of many battles over the centuries as various factions fought for control of what was essentially the gateway to the West of Ireland.

Nowadays it a more peaceful place, a busy shopping town with a marina that is a popular stopping point for those enjoying a cruise on the Shannon. Most tourists who visit today are, like the travellers of old, passing through on their way from East to West, or vice versa. While there is not a huge amount to see, it is an enjoyable town to visit and has some really excellent restaurants.

I’d single out Wineport Lodge in nearby Glasson if you are looking for a special place to eat, partly for its location right on the edge of a lake, but also because the food is excellent.

What to see in Athlone 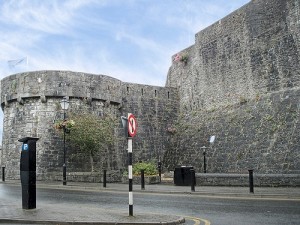 Athlone Castle stands a site of an earlier motte and bailey and was built by John de Gray, Bishop of Norwich, in 1210 on the orders of King John of England.

There have been many additions and changes since then, but it is still an impressive Normal castle, which how houses a museum.

Aside from interesting exhibits on the history of the castle and about the Shannon, there is a fascinating section in the museum about the Irish tenor Count John McCormack, who was born in Athlone. Even if you’ve never heard of him this place is worth visiting for the chance to listen to early gramaphone recordings played on an original machine (you may have to ask to have them played) as you browse the memorabilia from what was, to say the least, a very interesting life.

Athlone been a garrison town since the castle was built. Various armies of the ruling English were based there over the centuries and it is now home to the 4th Western Brigade of the Irish Army. Beside the castle is the striking and unusual Athlone Army Memorial, which was erected in 2010 to remember those members  of the Brigade who have died in the service of peace. 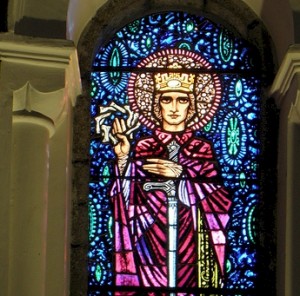 St Peter & Pauls Church is a bit austere from the outside but it is well worth going inside to see the stunningly beautiful stained glass windows which were created in Harry Clarkes famous glass studio in the 1930s. The details and the intense colours are quite dazzling.

Sean’s Bar in the town is the oldest pub in Ireland, possibly in Europe and maybe even in the world! Archeological surveys confirm that it’s been here for more than a thousand years, with reasonable evidence that it’s been a inn for most if not all of that time.

Not far from Athlone there is an interesting early 9th century high cross, the Bealin High Cross. It is very intricately decorated with scrolls, celtic knots and hunting scenes. An inscription reads “Pray for Tuathgall who caused this cross to be made“. Tuathgall was the abbot of Clonmacnoise and died in 810AD. The cross is not very easy to find, but if you get to the general area and ask, someone will know where it is.

Westmeath has numerous lakes and is a very popular angling centre. Tackle, boats and guides can be hired locally. The best place to head for information and expert advice in Athlone is Scully Guns & Tackle.

Thing to do and places to see in Athlone or a short distance away.

Have you something to add about "Athlone, Co Westmeath"?