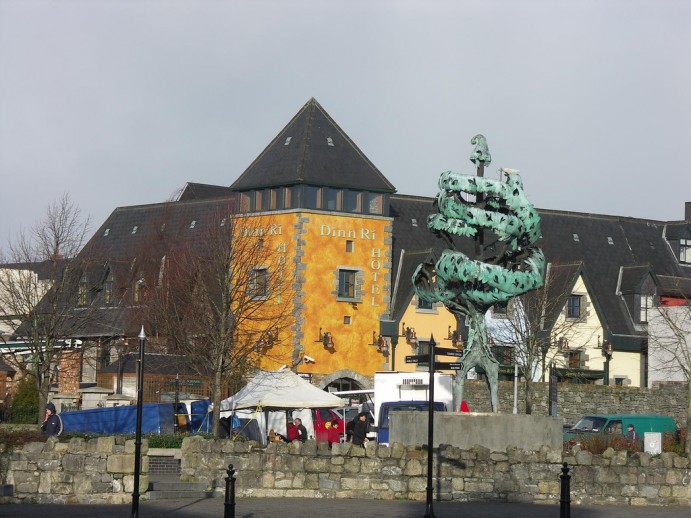 Many Irish towns have seen great changes in the past decade and few more so than Carlow.

Its population has grown rapidly as many young couples who could not afford steeply climbing house prices in Dublin bought houses locally and joined the commuting crowds that leave for the capital each morning.

The town has responded with a rapid increase in shopping facilities and other amenities and the opening of a bypass in 2008 which has greatly relieved the traffic congestion for which Carlow was unfortunately famous.

Carlow’s hinterland is among the best arable land in the country and it has always been a place of large farms and wealthy farmers. That this is still so is clear from the many large and impressive country houses, new as well as old, in the countyside around the town.

What to see in and around Carlow 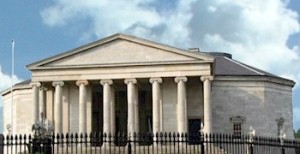 From a visitors point of view, the big attractions locally are the Brownshill Dolmen, a few miles out of town, and the lovely Barrow Valley, a wonderful place for getting away from it all far from the crowds.

The gardens at Altamont House are a must see if you are in this area, especially in spring or summer when there are many plants in bloom.

Carlow Castle, which is now a not very spectacular ruin, was once of immense importance standing as it did at the outermost edge of the Pale, the area around Dublin where English control was solid, separating it from the regions outside where warring Gaelic tribes held sway.

Built in the mid 18th century and still in use Carlow Courthouse is an imposing building built in a Greek style clearly heavily influenced by the Parthenon.

Have you something to add about "Carlow Town"?