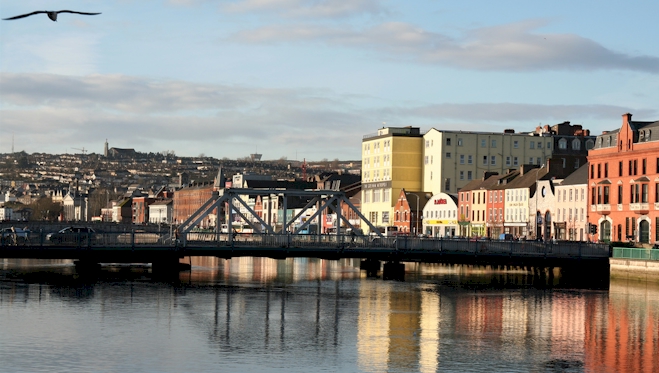 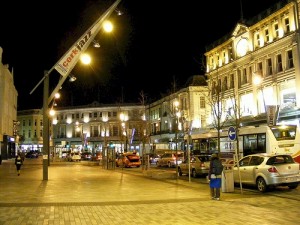 Cork is Ireland’s second city, though don’t say that to any of its inhabitants who look on it as the ‘real’ capital! It is sometimes referred to as the ‘Rebel City’ because of its people’s tradition of steadfast opposition to British occupation.

It’s a compact city, easily explored on foot. The centre of Cork is on an island created by channels of the River Lee and you are never far from water.

It was on this marshy island that St Finbarr founded a monastic settlement in the 7th century, in the place where St Finbarr’s Cathedral now stands. However it was the Vikings, two hundred years later, who established it as a major trading post and laid the foundation for the current city.

In the 19th century Cork Harbour was Europe’s major port for trade with the Americas and it’s still a busy place, though its importance and the number of ships docking has considerably reduced from its heyday.

What to see in Cork City

While there are not too many major attractions in the city itself, it makes an excellent base for exploring the greater region and there is always something going on. There are very good restaurants and bars, in fact it’s something of a foodie place and the influence of having so many artisan food producers in Co Cork has had a big, and welcome, effect on what’s served in the city’s eateries.

The city centre is a pretty safe place at night, though it can get a bit rowdy late at night on weekends, particularly in Patrick St and the surrounding streets.

Among the places worth visiting are St Anne’s Church in Shandon, whose famous bells regularly ring out over the city, and Cork City Gaol where there are interesting guided tours. 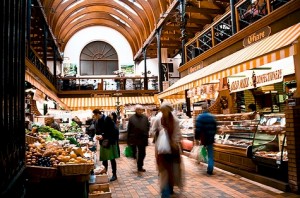 University College Cork has a lovely central quadrangle along side which are a series of Ogham Stones. It’s also worth visting the Honan Chapel in the college grounds to see the mosaic floors and beautiful stained glass windows.

No trip to Cork is complete with a visit to the wonderful English Market – even the Queen of England had this on her itinerary when she visited Ireland in 2011! It is a bustling place where you will find a real cornucopia of local food produce and exotica from far away, and a very good cafe serving much of the produce you see in the market. Few visitors though are up to trying the traditional local dish of Tripe and Drisheen – the former is stomach, the latter a pudding made from mixture of cow’s, pig’s and/or sheep’s blood.

Click on the map markers for things to see and do in or near Cork city.

The Cliffs of Moher is one of the most visited places in Ireland, featuring on …