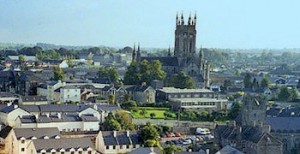 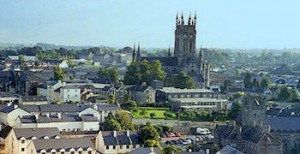 Ireland’s smallest city Kilkenny has long punched above its weight and at one time was even, briefly, the capital of Ireland.

Although founded in early Christian times, when St Canice established the church that gives it its name, the city owes its fine buildings and narrow streets to the Normans. William Marshell, a powerful Norman lord, built Kilkenny Castle which stands at the city’s heart, starting in 1192, and a busy prosperous center of commerce quickly grew up around it.

For almost five centuries the Castle was home to the Butlers of Ormonde, until they gave it to the people of Kilkenny and its grounds to the nation in 1967.

What to see in Kilkenny

There is much to see, and the best part of a very pleasant day can be spent exploring the city centre, small as it is. The Castle and its grounds are a must see, as is Rothe House, a fine 16th century merchant’s house and its now restored 17th century garden.

St Canice’s Cathedral, high on a hill overlooking the city, dates back to the 13th century and has a number of fascinating tombs inside. Outside the round tower, which predates the cathedral by at least 3 centuries, is the only one in Ireland which visitors can climb.

The Black Abbey has had a chequered history since first established by Dominican Friars in 1225, but remarkably they are still in residence there. It is well worth visiting to feel the antiquity of the interior and see its excellent stained glass windows

There is a lot more – history is visible at every turn in Kilkenny, whether you are visiting its landmark buildings or exploring the narrow lanes that radiate from the High St.

However the city wears its history remarkably lightly and is in many ways a throughly modern product of the Celtic Tiger, with a rapidly growing and young population, many immigrants now settled there and a very lively nightlife. There are good restaurants and bars and all sorts of music in the pubs and nightclubs.

Kilkenny in the News

Have you something to add about "Kilkenny City, Co Kilkenny"?