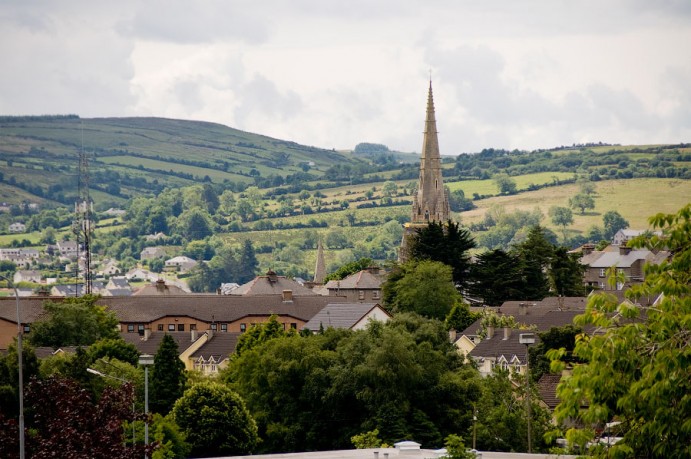 Letterkenny is a busy commercial town, set on the banks of the River Swilly. While there is not much in it to interest visitors, it is a good base for exploring Donegal, and particular Glenveigh National Park to the north.

Until the mid 13th century the area where the town now stands was a wet estuarine area and so was probably sparsely if at all inhabited.

Once the waters of Lough Swilly began to recede and the land dry out, the O’Cannon clan who gave the town its name established a settlement there, but it was the early 1600s before the town really began to develop. Under the guidance of Scottish planters it became a centre for commerce and manufacture, and while not perhaps rivaling towns in the rest of the Ulster enjoyed a certain prosperity.

What to see in and around Letterkenny

There are a few places worth a look in Letterkenny. 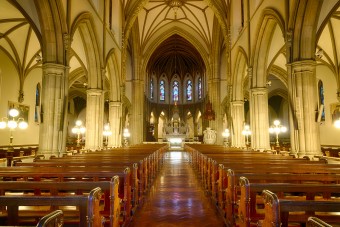 The Donegal Museum, housed in a former workhouse, has an interesting and well presented collection of memorabilia relating to the areas history and St Eunan’s Cathedral is a striking Victorian neo-Gothic structure, completed at the start of the 20th century. The Regional Cultural Centre is a much praised modern building, which in many ways reflects Letterkenny’s current air of optimism about the future.

Just outside Letterkenny is a Corn & Flax Mill which has one of the largest working water wheels in Ireland.

About 7 miles away on the road to Glenveigh is Glebe House, once home to the painter Derek Hill and now in the care of the state. It’s a most astonishing place. Somehow you don’t expect this lovely but remote regency house, set in mature woodland gardens by a lake, to be lavishly and beautifully decorated inside with oriental carpets, Morris textiles and Islamic and Japanese art.

Even more of a surprise is the collection of some 300 paintings by leading 20th century artists, including Picasso, Kokoshka and Jack Yeats as well as many of the Tory Island painters. Don’t miss it.

Have you something to add about "Letterkenny, Co Donegal"?