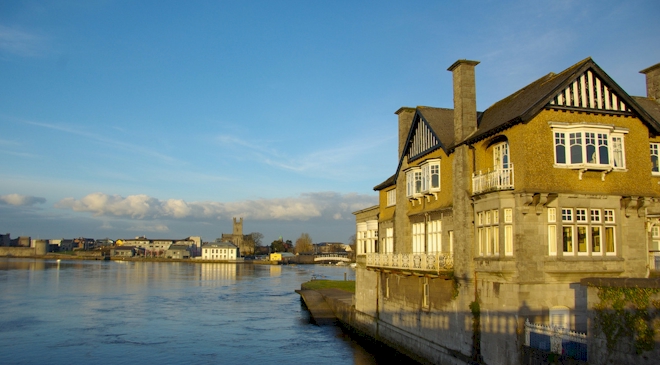 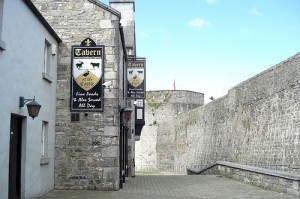 Limerick is a busy and lively city set on the the banks of the wide River Shannon and is Ireland’s fourth most populous city.

The city was founded by the Vikings who built a walled city on King’s Island, an island in the River Shannon, in 812, though it is probable that there was some settlement here before that.

It was taken over by the English in 1194, and began to grow rapidly – over the next few decades many well known Limerick landmarks including St Mary’s Cathedral, King John’s Castle and Thomond Bridge were built.

Its proximity to Shannon Airport means that many visitors arrive in Limerick on their first day in Ireland, and far too many of them just pass though. This is a pity, Limerick has a lot to offer and its main attractions are within easy reach of each other in the city centre.

You are almost certain during your time in Ireland to hear Limerick referred to as Stab City, an unfortunate sobriquet it has earned due to ongoing feuds between rival gangs which have led to a high number of stabbings, shootings and other violent incidents.

Don’t be put off for even a second. These incidents are confined to a small number of people who live in the huge housing estates at the outer edges of the city – the central parts are utterly unaffected and not just perfectly safe but particularly friendly.

Another thorn in the side of Limerick people is the success of Frank McCourt’s bestselling book Angela’s Ashes, which portrays the city in a very poor light and is deeply resented. It is possible to do an Angela’s Ashes walk, but honestly not worth it – that Limerick no longer exists either physically or mentally and the current city is a forward looking and open minded one that is very different to the place where McCourt grew up.

I know at least two men who will tell you that the most beautiful women in Ireland live in Limerick – I’ll say nothing, you can be the judge of that!

What to see in Limerick

You cannot miss King John’s Castle, an early 13th century Norman castle build as a defensive bastion in a prominent position on the river bank – it dominates the city. The best view of the castle is from the other side of the river but it is also worth climbing the castle ramparts for the views.

The Hunt Museum is a fine Palladian building, also on the river, which contains the wonderful and eclectic collection of artifacts amassed by John & Gertrude Hunt during a lifetime of careful collection. It’s a true treasure trove, with everything from stone age and bronze age artifacts to 20th century art, with works by among many others Picasso, Renoir, Roderic O’Conor, Jack B. Yeats and Henry Moore. There is jewellery, enamels, ivories, ceramics and crystal, over 2000 items in all. 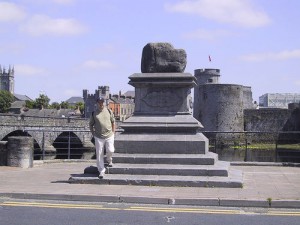 The Treaty Stone is a treasured possession of the city, though visitors can be forgiven for wondering what is so special about this unadorned lump of rock.

It was the stone on which the famous Treaty of Limerick was signed, an agreement which ended the Williamite war in Ireland between the Catholic Jacobites and the Protestant supporters of William of Orange, and which remarkably allowed the local Jacobite soldiers (the losing side) the option of escape to France, to the dismay of many of William’s followers. 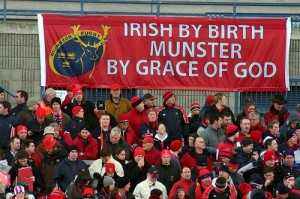 It is impossible to mention Limerick without paying tribute to its glorious tradition in sport, and particularly Rugby.

The game is akin to a religion around these parts. Thomand Park is home to the mighty Munster team, a major force in European rugby who are supported with a passion that goes far beyond fanatical.

If you are fortunate enough to get the opportunity to go to a game it will, I promise you, be the experience of a lifetime.

The Burren is a unique landscape, a vast limestone plateau stretching inland …