It’s the Clare coast, but without the hoards of tourists you will find around the Cliffs of Moher.

The scenery is no less dramatic on the Loop Head drive, and it is extraordinary that so few people seem to find it – but great for those who get to enjoy the scenery in peace.

Loop Head has no shops or interpretive centres (and is the better for that), indeed precious few buildings, and you may well be alone as you walk along the cliffs around its coastline. 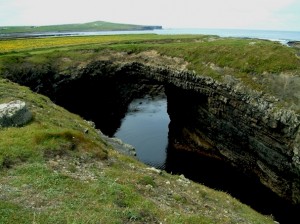 Bridge at Ross by Bill Ryan

The must-see here is the extraordinary Bridges of Ross, though the use of the plural is somewhat misleading. The single remaining bridge is a geological phenomenon where a naturally created rocky bridge connects towering cliffs to rocky outcrops, passing high above the Atlantic.

The bridge, or rather the space beneath, was created over the years by the battering of the Atlantic against the rocky coastline. There used to be three bridges, but eventually the sea wore away at the other two and they collapsed, leaving the sea stacks you see now.

There are also a number of blow holes nearby.

Bear in mind when visiting the bridges that you are crossing private land to reach them, and are allowed to do so, free of charge, because of the kindness of the landowner – obey signs and do not climb into the fields, open gates or interfere with fencing. 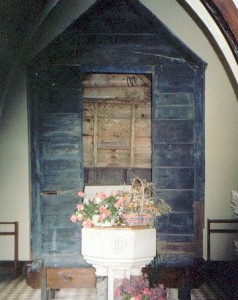 The Little Ark in in the church at Moneen is well worth a stop – it is such an unusual thing.

It is basically a wooden shed, which was once on wheels. It was built by a local priest, Fr Meehan, in 1852 during a time when the celebration of mass was forbidden by the local landlord, who wished to convert the people to Protestantism.

Every week for four years he took the little ark out to the foreshore, between tides, at Kilbaha to say mass in land that was owned by nobody, drawing hundreds of people each Sunday.

There are also some lovely beaches, which will be totally deserted. Glasheen Beach near Doonaha is particularly highly recommended.

It is worth taking the drive down to the very tip of the loop to see the Loop Head Lighthouse and its keeper’s cottage (the main image above), which are no longer in usebut have been restored. While the lighthouse is not open for tours you can, imagine this, rent it out and stay there! 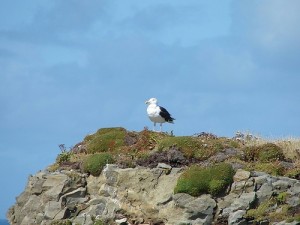 This is one of the premier places in Europe for watching seabirds and you will regularly see species such as Leach’s Petrel , Sabine’s Gull, Arctic Skua and Great Skua among others, particularly during  the bird-watching season from July to November.

The coast off this part of Clare is a tremendous place for sea fishing, and there are boats and guides available for hire locally.

Whales and dolphins are also plentiful in these waters. You’ll find both fishing and whale/dolphin watching trips on offer in Carrigaholt. 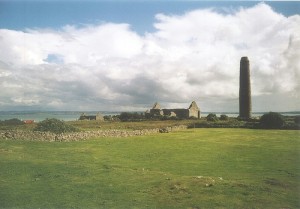 From Kilrush you can take a ferry to Scattery Island, where the 6th century St Senen’s Monastery with its round tower and churches are in a remarkably good state considering their exposure to the elements.

Over the centuries the Island was invaded by Vikings and visited by the Spanish Armada. The interpretive centre on the mainland is worth visiting to get a feel for the Island amazing history.

Have you something to add about "Loop Head"?