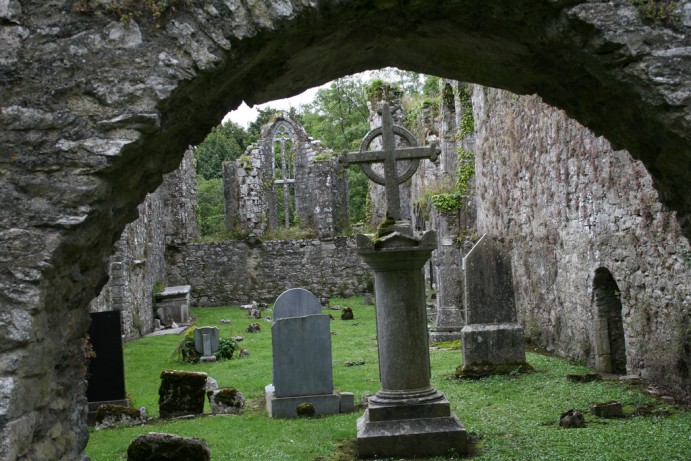 Close to Castletownroche in Cork, Bridgetown Priory is somewhat off the beaten track but well worth a detour and a fascinating place to visit.

The well preserved ruins date from the 13th century, though there is some evidence of earlier settlement here, and are among the most extensive remains from this period in Ireland. The priory is beautifully located in a valley where the Awbeg and Blackwater rivers meet, and while far longer a ruin now than it was ever a working priory, once you start exploring it’s not hard to imagine it at its peak.

The Priory was founded by Augustinian monks and built between 1202 and 1216 with the assistance from monasteries in Meath and Dublin and from a wealthy Anglo Norman benefactor, Alexander Fitz Hugh de Roche. He endowed it with rich lands as well as fishing and milling rights on both rivers.  It remained connected to the Roche family for centuries and was a wealthy and thriving community. 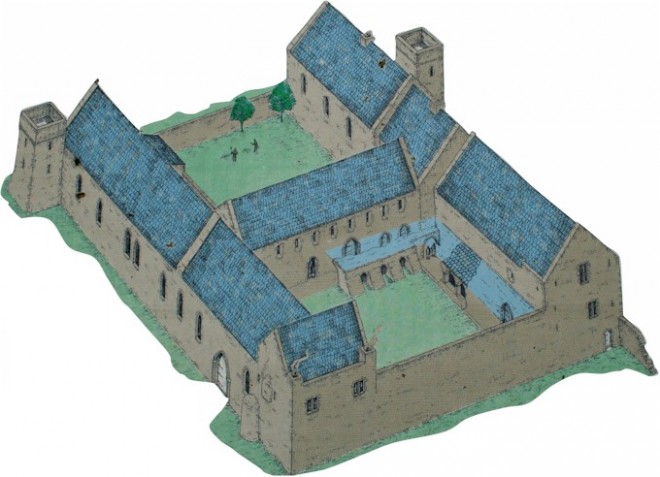 The Anglo-Normans and the Augustinians

The Augustinian order of priors, in addition to working their land and ensuring they were self-sufficient, were well known for their pastoral work, and the priory would have been very much a part of the local community. They were close to the wealthy Anglo-Normans families who essentially controlled Ireland at the time. Supporting a religious community,  as the Roches did here, meant having a special place in the chapel and regular prayers offered by the priors for your welfare. It was a sort of insurance policy for the next life.

The Fall to Ruin

In the late 1400s and early 1500s things began to change, for two reasons. The first was the arrival of Bubonic plague (the ‘Black Death’) in Ireland, which affected the anglo-Normans particularly badly. Many believed this was a judgement from God and there was a surge in piety in an effort to seek forgiveness and avoid death which meant that religious communities suffered particularly badly.

It was also a time of many disputes over land, both among the Anglo Normans and between them and native Irish families; the Roche family were among those who lost much of their wealth. Bridgetown was not alone in finding itself depleted by plague, its wealth lost, in an ultimately futile struggle to survive.

In the 1530s all of Ireland’s priories and monsteries came under pressure when Henry the 8th instigated the dissolution of the monasteries.  Ostensibly this was because of his split from the Church of Rome, but was really about appropriating the not inconsiderable income and assets they promised. However there was little for him to loot when this project reached Bridgetown – it was recorded as being already abandoned and in ruins.

It remains a ruin and was never again occupied or at least not officially. The story goes that during the 1830s a women lived there with her cats, in a vault that had once been a tomb, and was supplied with food by sympathetic local people.

This Anglo-Norman family came to Ireland in 1169 from Pembrokehsire in Wales as part of an army led by the Earl of Pembroke, better known as Strongbow.

Strongbow and his army arrived to support Dermot MacMurrough, who had lost the Kingdom of Leinster to his rival Rory O’Connor. They were successful and their victory marked the first wave of the Norman Invasion of Ireland. Strongbow married Dermot’s daughter Aiofe, and following Dermot’s death became king himself and extended his kingdom well beyond Leinster.

Over the following years soldiers who had fought with Strongbow were granted large tracts of land and given titles. The Roche family were responsible not only for the establishment of the priory but the building of Castletownroche and the nearby Blackwater Castle.

Effectively, these Norman rulers held sway over land which had previously been owned by the native Irish and were given the right to levy tithes and taxes from the local population. Many became vastly wealthy as a result.  The name Roche is still quite common in the region, though they are no longer rulers or owners of vast lands.

What to see at Bridgetown Priory 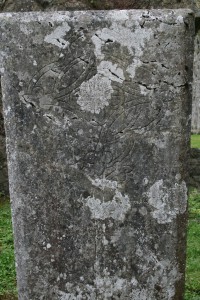 In the 1970s the priory was taken into the control of Cork County Council who removed the ivy that had almost entirely engulfed the buildings, made safe the ruins and made the site accessible to the public. They also carried out archaeological excavations at the site.

Now, it is possible to see the way the priory way laid out, with large sections remaining of the cloister, kitchens, refectory, chapter house and church. The high narrow Gothic window of the church, which would once have contained stained glass, hints at former glory. The covered walks around the cloister are less ornate than some seen in later medieval priories, with study stone arches looking over the cloister and a low arched roof.

The adjoining graveyard continued in use locally long after the priory was gone, and there are graves inscriptions dating back to the early 1700s.

The only remaining 13th century gravestone  can be found in a small walled enclosure. It is a relatively simple stone, lightly carved with an ornate cross which stands agains a wall now, but originally would have lain flat on the ground. It is not known whose grave it marked. Nearby there is a deep recess in a wall which was once a tomb, perhaps the one where the cat lady lived.

The priory is free to visit and there is a small carpark but no cafe or tours, though signs erected throughout give good information about what you are seeing.

It’s one of those lesser known places where you are quite likely to be the only visitors and to feel very smug about finding such a wonderful place! There is a short but lovely walk through the woods at the back of the priory down to the shore of the Blackwater River.

Have you something to add about "Bridgetown Priory"?