Home » What to See » Museums » Birr Castle and Demesne 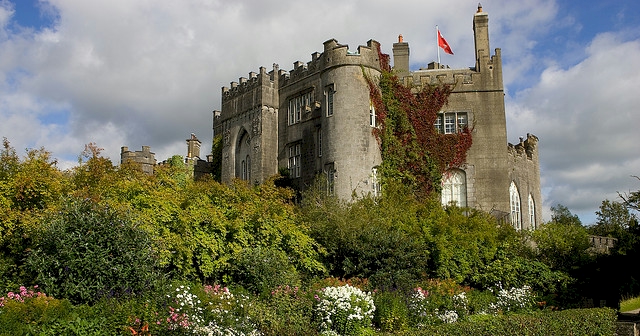 Birr Castle is home to the Earls of Rosse, the most famous of whom was the 3rd Earl who in 1845 built what was then the largest telescope in the world.

There has been a castle here since 1170, but the current castle is more recent, dating from the 17th century. Its Gothic appearance is down to changes made by the 2nd Earl in the early 18oo’s, a time when Gothic style buildings were very fashionable. 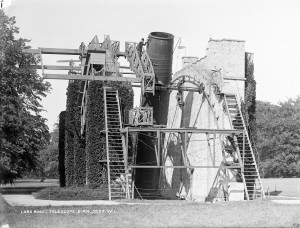 The famous six foot telescope, known as the Leviathan of Parsonstown, was completed in 1845, but because that coincided with the start of the famine it was not used until 1879.

Once it began to be used regularly, visitors came the observatory from all over the world – including Charles Babbage and Napoléon Eugène, Prince Imperial.

It was capable of capturing more light and seeing further into space than any previous telescope and made Birr a focus for astronomical observations. It remained in use until about 1890, making important observations on the nature of Nebulae and determining that they were in many cases previously unresolved clusters of stars.

After the death of the 4th Earl in 1908, the telescope was partly dismantled and in 1914, one of the mirrors with its mirror box were transferred to the Science Museum in London, where it remains to this day. Only the walls and a few other parts remained at Birr.

In 1993 a project to rebuild the telescope began, and with a few stops and starts the reconstruction was completed in 1999. The telescope is now functional once more and can be seen by visitors to Birr Castle today. 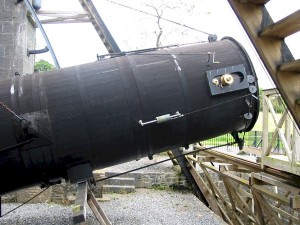 The Rosse family has an long history of interest and achievement in science. The 4th Earl was a noted scientist who was the first person to devise a means of measuring the heat of the moon.

The telescope is of course the centrepiece of the Science Centre, which also displays a treasure trove f other equipment from the 1800s, including astronomical instruments, cameras, photographs and photographic equipment.

The grounds around the castle today extend to 100 acres and include formal and informal gardens, an important arboretum and a very extensive plant collection, all centered around the two rivers that run through the grounds. There are over 1000 species of plant and tree here, many very rare, all of which have been carefully cataloged.

Lovers of formal gardens will be enthralled by the Millenium Garden, an area of intricately and formally planted box hedges and grass pathways, arranged around the letter ‘R’ (for Rosse) in taller box. 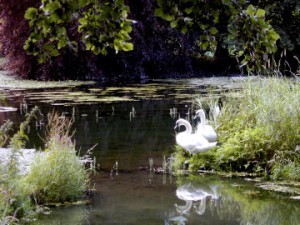 Swans at Birr, by IrishFireside

The demesne and the Science Centre are open year round from 9am -6pm. Allow at least 3 hours for a visit here, there is a lot to see and a lot worth seeing. All too many tour buses stop for just an hour or two and really short-change their occupants.

The castle is the private home of the 7th Earl of Rosse and is not open to the public.

Castles & Historic HousesMuseumsPlaces to Visit in Ireland OffalyFun for Kids

Have you something to add about "Birr Castle and Demesne"?