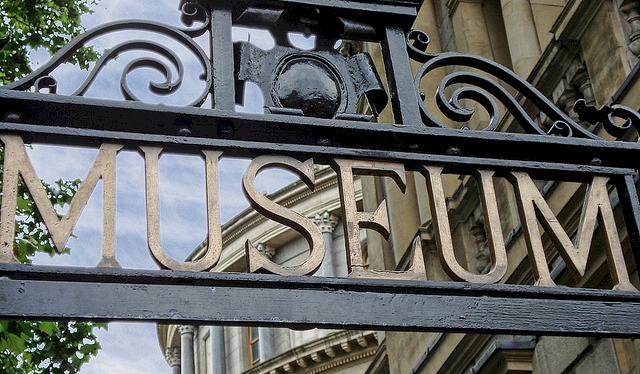 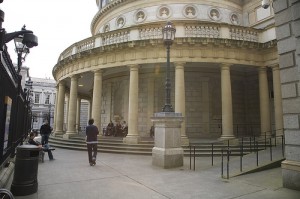 This is Ireland’s largest museum and the national repository for all archaeological objects found in Ireland. Its collection runs to over two million artifacts ranging in date from 7000BC and the late medieval period.

It is a real treasure trove, with particularly strong collections from Pre-Historic, Viking and Medieval Ireland and Ancient Egypt to name just a few.

The museum houses one of the most important collections of prehistoric gold artifacts in Europe, ranging in date between 2200BC and 500BC and comprised mostly of jewellry, some of it so beautifully crafted and perfectly preserved that it is difficult to believe its age.

There is still more gold, along with silver and other precious metals and stones, in the Treasury exhibition, where religious and secular items from the early Christian period are on display. 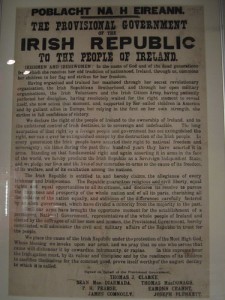 Declaration of Independence, by matempo

The original proclamation of independence is here, perhaps surprisingly written in English rather than Irish.

A fascinating and unusual exhibition is Clothes from the Bogs, woolen clothes hundreds of years old preserved in the unique anaerobic and acidic conditions found in Ireland’s bogs.

The museum holds regular lectures are always worth attending, with expert speakers who are almost invariably entertaining as well as erudite.

Special children’s events are organised from time to time, but even in the absence of these there is much to interest children over the age of about 5-6 years.

There is a lot to take in and whatever special exhibitions are running are always worth your time. However a couple of items stand out as absolutely essential. 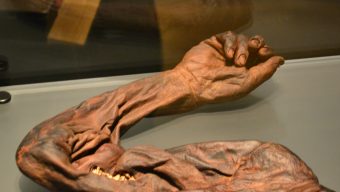 This 2000 year old perfectly preserved body was discovered in a bog in Co Offaly in 2003. So well preserved is it that it was possible to discover details about his diet – wheat and buttermilk but also a good deal of meat – and his health – he showed signs of pluerisy.

His nails are carefully manicured, suggesting high status, and at 6 foot 6 inches tall he must have been an extremely imposing figure in life. Sadly his life was short, he was killed by a stab wound to the chest in his mid twenties possibly in some sort of sacrificial rite. 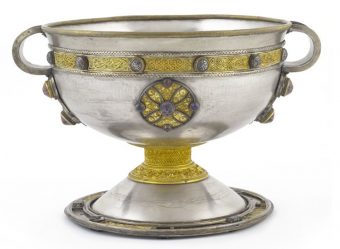 Part of the permanent exhibition of an astounding collection of treasures of early medieval Ireland, the Ardagh Chalice stands out. Made of spun silver and decorated with applied gold, silver, glass, bronze, pewter, amber and enamel ornament, it was used to hold wine during the celebration of mass.

Dating from about 1400 years ago, creating it was an astonishing complex task: it is assembled from 354 separate pieces and even the underside is beautifully decorated.

Like many of the treasures here it was found by chance, by a two boys digging for potatoes in 1868.

This is a purpose built museum, designed by Cork architects Thomas Newenham Deane, built in the palladian style and first opened to the public in 1890.

The imposing entrance leads to a 20m high domed rotunda modeled after the Pantheon in Rome. It’s easy to pass through here absorbed in looking up along the carved marble pillars to the domed ceiling, but it is also worth looking down. Beautifully made mosaic floors depict scenes from classical mythology, with the entire floor of the rotunda depicting the signs of the zodiac.

It is located right beside the Irish Parliament buildings and is perhaps a little overshadowed by them.

The museum is open all year from 10am to 5pm Tuesday to Saturday and from 2pm to 5pm on Sundays. It is within easy walking distance of all parts of Dublin city centre. Entrance is free of charge.

The Burren is a unique landscape, a vast limestone plateau stretching inland …