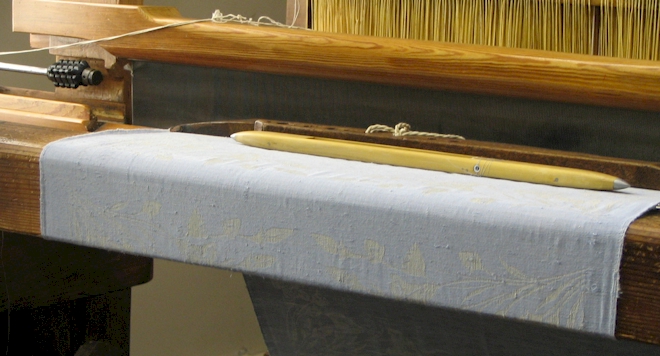 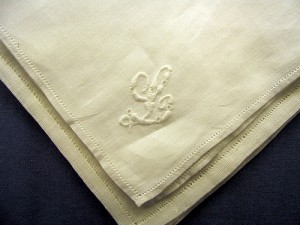 The linen industry was such an important part of life in Northern Ireland that it is impossible to look at the history of this part of the country without understanding it. This museum fulfills its role in telling the story of Irish Linen admirably.

A permanent exhibition follows the history of linen from Ancient Egypt through the period of its becoming a cottage industry in Northern Ireland up the Industrial Revolution after which linen was widely manufactured in mills in the area. There is a good section depicting the often horrendous working conditions in the mills.

All images on this page by G.Chris Clark

What you Will See 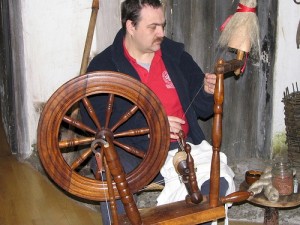 There are extensive collections of Irish linen damask, needle-worked textiles and linen clothing and also restored and fully working damask and cambric hand looms on display.

A fascinating exhibit relates to the manufacture of linen thread from flax, with demonstrations of this techique, as well as others, a regular feature.

One of the most interesting parts of the museum looks at the history of the merchant families involved in the linen industry locally.

These families, many of the descendants of whom still live in the region, accumulated great wealth on the backs of their unfortunate workers, until everything went terribly wrong with the advent of mechanisation, and later cheaper labour in overseas countries, and the whole textile industry in Northern Ireland died away to nothing.

This is a particularly nicely laid out museum and although Irish Linen is not a topic you would expect to capture the imagination of children, it is in fact one that younger visitors greatly enjoy.

The museum is open all year from 9.30am to 6pm Monday to Saturday.

As might be expected the museum shop has a particular emphasis on linen good, ranging from table wear and bed linen to clothing and decorative items. There is a good cafe which makes a pleasant place to stop for lunch.

Allow about an hour and a half to two hours to visit the museum.

Directions and Map for the Irish Linen Centre and Lisburn Museum

MuseumsPlaces to Visit in Ireland Antrim

Have you something to add about "The Irish Linen Centre and Lisburn Museum"?