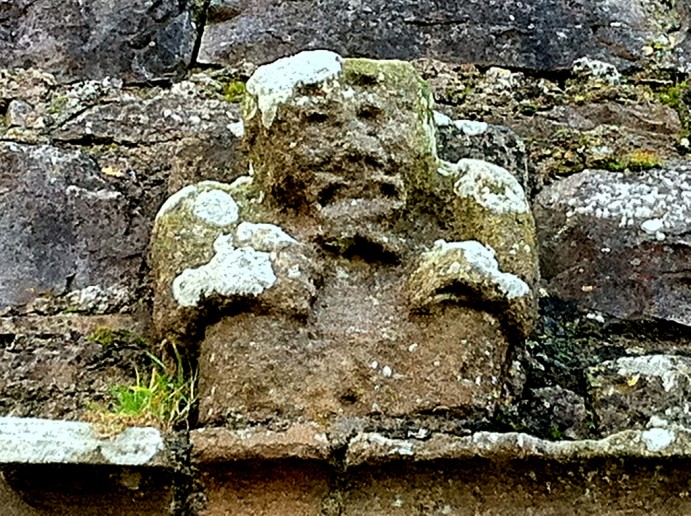 Síle-na-Gig are not unique to Ireland, they are found throughout the British Isles and in France and some parts of Germany also.

While the vast majority of Síle na Gigs are female, there are a few male carvings also, though these are far more common on the continent than in Britain or Ireland.

What do they Symbolise?

Lots of theories have been put forward about their origin. Some say they are illustrations of the effects of the sin of lust or symbols to ward off evil. 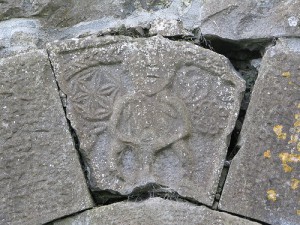 At Ballinderry Castle by marsden.joseph

Another theory is that they are goddesses of birth or fertility, pre-Christian artifacts in spite of their being mainly found in churches. This wouldn’t be unusual, many places of Christian worship in Ireland have pre-Christian origins.

Even today there are occasional reports of women who are having difficulty conceiving seeking out a Síle na Gig and stroking it in the hope that it will help them conceive.

In many cases it appears as if the carvings are older than the buildings in which they are found, possibly moved to their new locations at the time a church or castle was built, which would seem to support the pre-Christian theory.

Other people suggest that the fact that the women tend to be old and “worn out” might mean that they are symbols of the end of fertility or even death.

However the truth is nobody really knows how they originated, and given the diverse nature of the carvings it is quite possible that there is more than one explanation.

Where to see a Síle na Gig 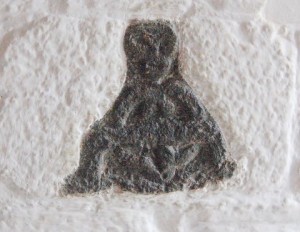 Unfortunately, many are no longer in their original locations. It is easy to see how horrified priests and congregations in previous, more conservative, generations sought to hide them away or even to destroy them.

Many were broken up or buried, others were removed and sent to museums – the National Museum has a large collection of them, though unfortunately they are not routinely on display.

Nowadays interest in and awareness of Síle na Gig is growing and the embarrassment of old more or less gone – there is even a pub in Sligo and a bookshop in Galway named after them.

If you have been to Ireland you have probably already have walked right by at least one of them – they are often somewhat hidden away, with little attention drawn to them and many are quite worn and indistinct.

The following ones are in pretty good condition and relatively easy to find:

There are also Síle na Gig on display in several museums, including the National Museum in Dublin, Cavan County Museum, Cork City Museum, Rothe House in Kilkenny, the Hunt Museum in Limerick and the Ulster Museum in Belfast.

More about the Síle na Gig

The image at the top of the page is by kind permission of Gay Cannon, whose wonderful site about Ireland’s Síle na Gig has a wealth of further information. There are directions there to pretty much all of  those that are still in their original locations or on display in various museums.

Have you something to add about "The Síle na Gig"?