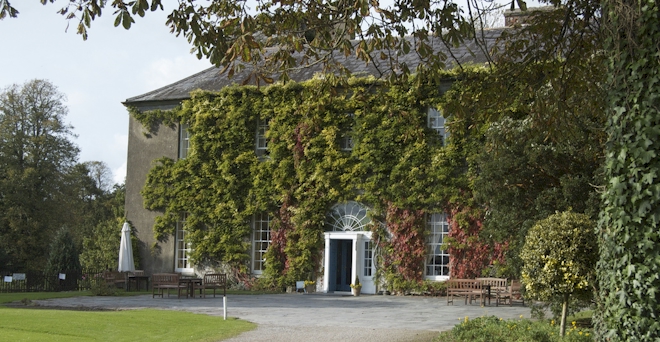 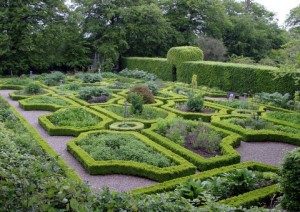 One for the cooks as well as the gardeners, this garden provides much of the fresh produce served daily in the famed Ballymaloe House Restaurant.

This is not just one garden, but a series of very different ones, each with its own unique character. There have been gardens here for about 200 years, but they had fallen into dereliction until a restoration and expansion which is still ongoing began in the 1980s.

The herb garden is in the form of parterre of gravel and precisely shaped box-edged beds enclosing an array of plants with both culinary and medicinal uses. The moment you walk in there you are hit with a cloud of heady scents and while the garden gives the impression of being very old it is in fact one of the newest parts of the Ballymaloe gardens.

The vegetable garden, or potager, is laid out on strictly geometric lines also, though with an eye for the intrinsic beauty of many edible plants. This is a real working garden, providing much of the salad and other vegetables used in the restaurant. An equally formal fruit garden has apples, pears, plums, peaches, almonds, figs and cherries and soft fruit while the less formal old orchard has extensive herbaceous borders. 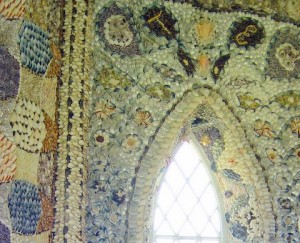 Inside the Shell House

Lydia’s Garden is named for a previous resident of the house who is presumed to have been responsible for an intricate mosaic there, made from pieces of broken pottery and depicting the Shamrock, Rose and Thistle, the emblems of Ireland, England and Scotland.

Recently a maze has been added to the mix, which children especially adore, and an amazing shell house whose interior is completely encrusted with thousands of different shaped shells forming colourful patterns.

The garden at Ballymaloe is run entirely on organic principles and there are occasional courses arranged which teach participants to apply similar methods in their own gardens.

The gardens are open year round, from 11am-6pm on weekdays and 12pm-6pm Sunday. Tours, which are highly recommended, can be arranged in advance for groups.

It would be a shame to visit this garden, especially the sections growing for the kitchen, without also sampling the wonderful food in the famous restaurant at Ballymaloe House. Do your best to arrange things so that you can have dinner there.