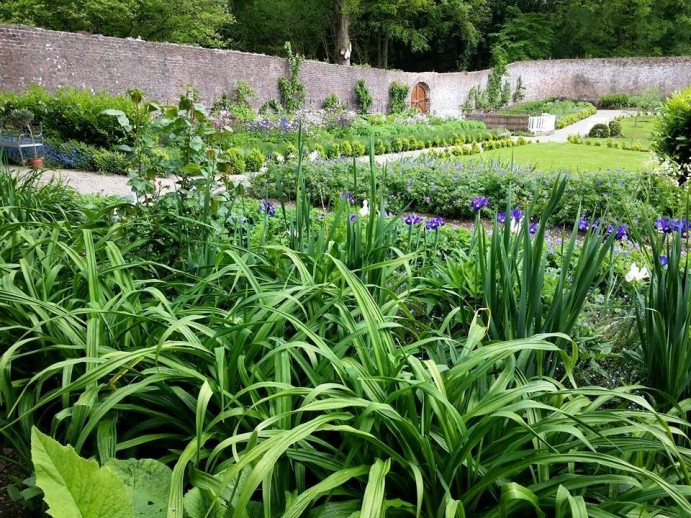 Volunteers from the local area have been working on the restoration of this historic Georgian garden since 2010, and what a wonderful job they have done.

History of the Walled Garden 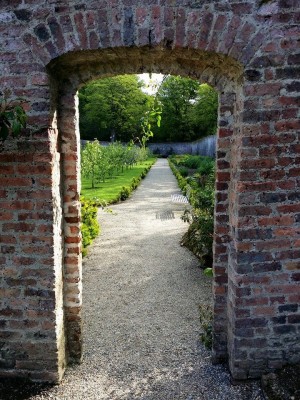 The large (2.5 acre) walled garden was created originally by the Colclough family, who lived in nearby Tintern Abbey, around the start of the 19th century.

It was created during the time that Tintern Abbey was owned by the rather wonderfully named Caesar Colclough, who was the Member of Parliament for Wexford and quite a colourful character by all accounts. It’s worth having a read of this article, which shows how he may be connected, amazingly, to the election of John F. Kennedy in the USA!

The garden however is more likely to have been the work of his mother, Lady Catherine. Following a visit to the garden 1814, A Atkinson wrote in “The Irish Tourist”:

“Lady Catherine Colclough had the politeness to show me a very beautiful and fruitful Walled Garden, of two or three acres, enclosed by a handsome brick wall, and abounding with the delicacies of the season”. 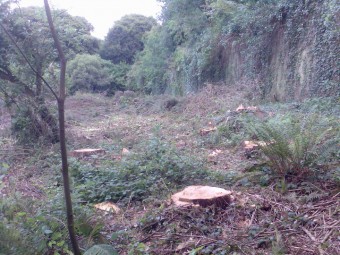 Before the restoration began there was little to see apart from a small and not very attractive woodland of Sitka Spruce, planted in the 1950s, with pretty much none of the original layout visible.

Fortunately there was an historic map available, which showed the paths through the garden, the five bridges, the outer enclosure and the location of fruit trees and the vegetable gardens as they were in 1838. This was used as the template for restoration.

Still, it was a daunting task – removing tree stumps, digging out a century of undergrowth, repairing walls and bridges, all before replanting could even be thought about.  It was more than two years before the first visitors were invited in on May 22nd 2012. 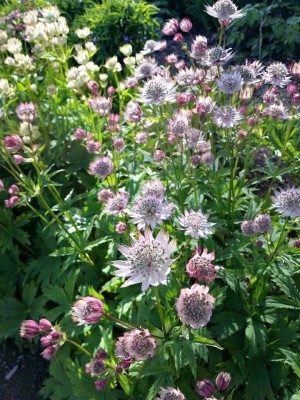 The best way to approach the garden is to walk along the lovely woodland path from nearby Tintern Abbey, just as its residents would have done. Close to the entrance to the garden you pass the ruins of a small cottage, where the gardener lived.

The garden is split into two section, an ornamental garden to the East and a kitchen garden to the West, separated by a wall with small buildings at either end. A stream crossed by five small bridges runs the length of both gardens.

In the ornamental garden there are beds of annual and perennial flowers, herbacious borders and rows of trees now beginning to come into their own. Many of the plants were donated and planting was planned to encourage bees and butterflies into the garden. Probably though the best time to see it is in the summer, when it is a lush riot of colour.

The kitchen garden is again planted with vegetables and fruit, grown on ridges in an old gardening method and organically. The south facing aspect, Wexford’s mild climate and the heat reflected from the stone walls means that even Mediterranean fruits can thrive outdoors. 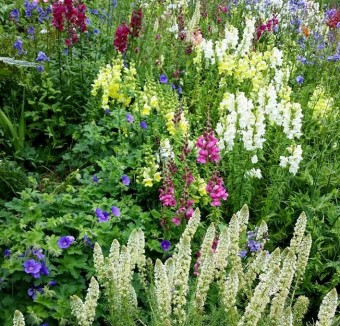 Most people will combine a visit to the garden with one to Tintern Abbey, just a few minutes walk away.

The garden is open from 10am to 6pm from May to September, 10am to 4pm from October to April. Admission is €3.

You’ll almost always find some of the volunteers working in the garden and they are happy to answer questions.