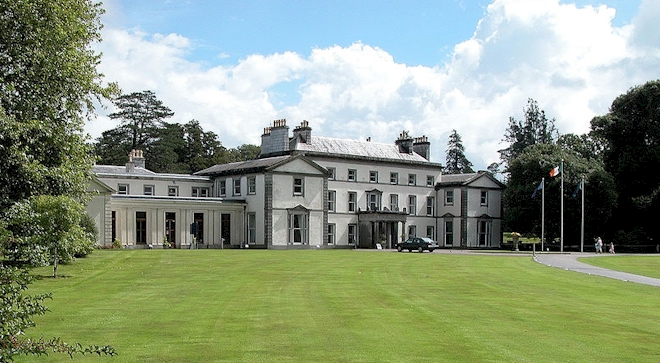 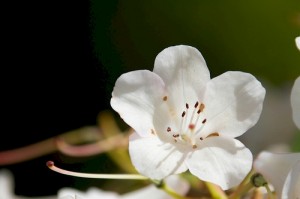 Rhododendron at Fota by Tom Raftery

A must for tree and plant lovers, this garden situated on Fota Island on the coast close to Cork city, is home to one of the most important collections of trees and shrubs in the British Isles.

Many would not grow elsewhere in Ireland, but thrive here thanks to the micro climate created by the warm waters of the Gulf Stream. In fact that is how Fota got its name – it is derived from fód te, meaning ‘warm soil’.

The arboretum was established in the 1840’s, at a time when the Victorian passion for collecting was at its height and many of the trees were collected on expeditions to South America, Japan and China.

Because the purpose was the collection and display of specimens they were planted with lots of space around them, so it is still easy today to pick out the special ones, Sequoias from the Americas, the Chilean flame tree and the Handkerchief tree or Davidia from China are notable examples among many.

It’s not just trees though. In the Victorian Fernery you can see Tasmanian tree ferns planted over 120 years ago, the walled garden has an extensive rose collection and more than 150 varieties of Narcissi, and the beautifully restored Orangery is a perfect home for citrus plants and a magnificent Canary Islands Date Palm.

Fota today is an internationally recognised centre for the preservation and conservation of plants that are now almost extinct or seriously endangered in their natural habitats.

There is a certain irony in this, in that part of the reason for the perilous state of many of these plants was overzealous collection by enthusiasts, an activity that led to the establishment of the gardens in the first place, although latterly the main threat has come from afforestation and rapid development in many natural habitats. 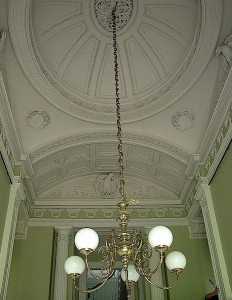 Many of the trees and plants in the arboretum were originally collected by the Smith-Barry family, who built the house here, originally as a hunting lodge but later following its expansion as a family home.

The house was built in a Regency style and the decor reflects fashionable continental trends of the day, with gilt, marble work, painted ceilings and magnificent plaster detailing.

The family and their ancestors lived at Fota from the late 18th century until 1875, adding to the garden over the years.

While the house was for a time in poor repair, most of the period details remained intact. The house now belongs to the Fota Trust, a registered charity dedicated to the preservation of the building. It’s an ongoing job – with more than 70 rooms this is a very large house to restore. Tours are available.

From April to September the gardens are open from 10am to 5pm Monday to Saturday and 11am to 5pm on Sundays. The rest of the year they close an hour earlier. Entrance to the Arboretum, but not the house, is free to holders of a Heritage Card.

As well as the house and its gardens Fota Island is home to a wild life park and a championship golf course, so there is plenty for the non-gardeners to occupy themselves with while you take in the wonders here.

Now uninhabited, Scattery was lived in from the time St Senen established a …