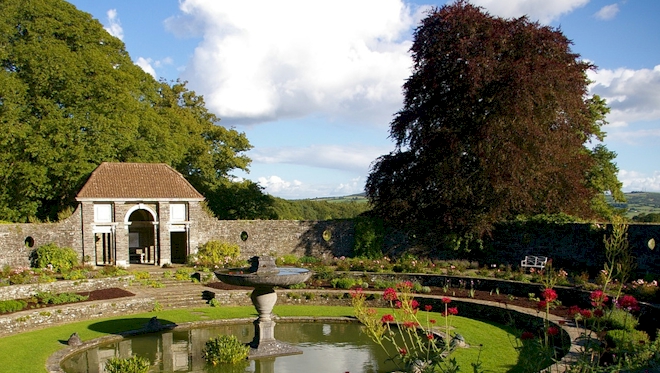 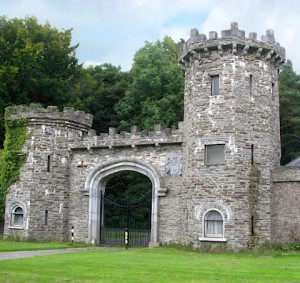 The gardens at Heywood are somewhat lost without their house. It was grand mansion built in the 18th century by a wealthy architect and engineer, Micheal Trench, with some input to the design from his friend James Gandon.

Heywood remained the family home of the Trench family and their descendants until the 1930s.

The house destroyed in a catastrophic fire in 1951 after which the ruins were demolished to make way for the modern school building that now stands nearby.

There are really two gardens at Heywood, the outer parkland and the smaller formal Italianate gardens.

The parkland was created by Frederick Trench in the late 1700s, inspired largely by gardens he saw during his Grand Tour of Europe. 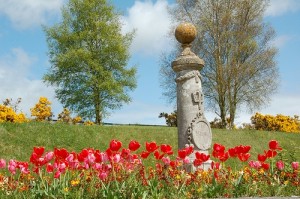 To create the ‘perfect’ landscape, which should have beautiful vistas and look completely natural, he moved hills, dug lakes, planted trees to a very specific plan and placed follies to close views.

His work was widely hailed as an enormous success and the park he created was one of the most lovely and romantic of its day.

The formal gardens were created by Colonel Sir William Hutchinson Poe, who married a Trench descendant, in the early years of the 20th century. To realise his vision of an Italian style garden which complimented the older parkland he spent more than €250,000, a lot of money for a garden now and a vast amount at the time.

The design is the work of well known garden designers Sir Edwin Lutyens and Gertrude Jekyll and Heywood is considered to be one of the finest of Lutyen gardens. 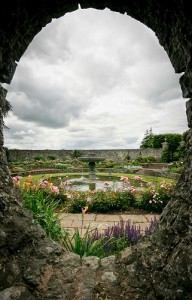 There are several interconnected small gardens, the best known of which is the sunken garden where beautifully planted terraces climb up from a central fountain to the red-roofed loggia and cut stone surrounding walls.

While most people come to see the Italian gardens, their real success is the way they interact with the older parkland.

The wall of the sunken garden has circular window frames, which from inside frame the parkland views and from outside give a glimpse into what looks like a secret garden. A tree lined walk opens out to a terrace with spectacular views. Another terrace has a view over one of the lakes created by Trench.

Heywood in now in the care of the state and is open year round. Entrance is free and tours can be arranged by proir appointment.

There are no toilets or other facilities on site and some parts of the garden are not wheelchair accessible. Allow about 45 minutes to an hour for a visit.

Map and directions for Heywood Gardens

Have you something to add about "Heywood Gardens"?