Home » What to See » Parks & Gardens » The Phoenix Park 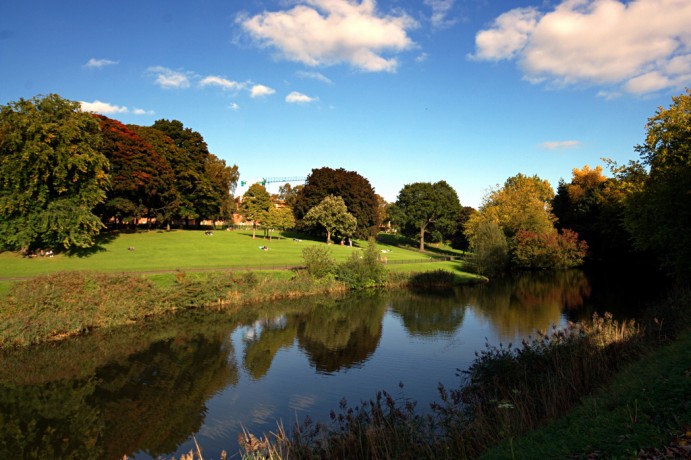 Dublin’s Phoenix Park is a treasure. Few cities have such a facility on their doorsteps – it is more than twice as large as Central Park in New York and comprises more than 1700 acres of walled parkland just 3km from the centre of the city.

There are vast expanses of grass, knots of woodland, a herd of wild deer, playing fields for football, cricket and polo, gardens, houses, monuments and Dublin Zoo.

The park was for centuries the property of the King’s representatives in Ireland, used as a Royal hunting park. The walls surrounding the park were built in 1660, primarily to keep the game in. It was first opened to the public in 1747 and has remained open since, serving for more than 250 years as a favourite playground for generations of Dubliners.

I grew up close to the Phoenix Park, spent (and misspent!) a lot of my youth there and am still very attached to the place. It was the dream back garden – huge and varied, with endless places to explore and always something new to discover.

If you want to know even more about the Park, or to have a real expert at your elbow while you explore it, then you need to get hold of Brendan Nolan’s fabulous book – Phoenix Park – A History and Guidebook.

Brendan Nolan spent all his life living close to the park and knows every inch and blade of grass. It’s all in there.

Origin of the Name ‘Phoenix Park’

Although there is a monument with a Phoenix bird rising from the ashes in the park, the name has nothing to do with the bird, but is a mispronunciation of the Irish name “Fionn Uisce”, meaning ‘clear water’.

This is the residence of the Irish President and while it’s impressive entrance can be seen opening from the main road through the park, it is not usually open to the public.

The original house was built by Nathaniel Clements, Chief Ranger of the Park and ‘Master of the Game’, in 1751. Clements had a great interest in architecture and was responsible for most of the design, building the house in the then very fashionable Palladian style.

From then until 1922 it was the home of Viceroy, the representative of the Crown in Ireland. I recall older people in the area still referring to the house as the Viceregal Lodge as late as the 1980s, although since 1938 it has been the Official Residence of the President of Ireland, and officially named Áras an Uachtaráin. 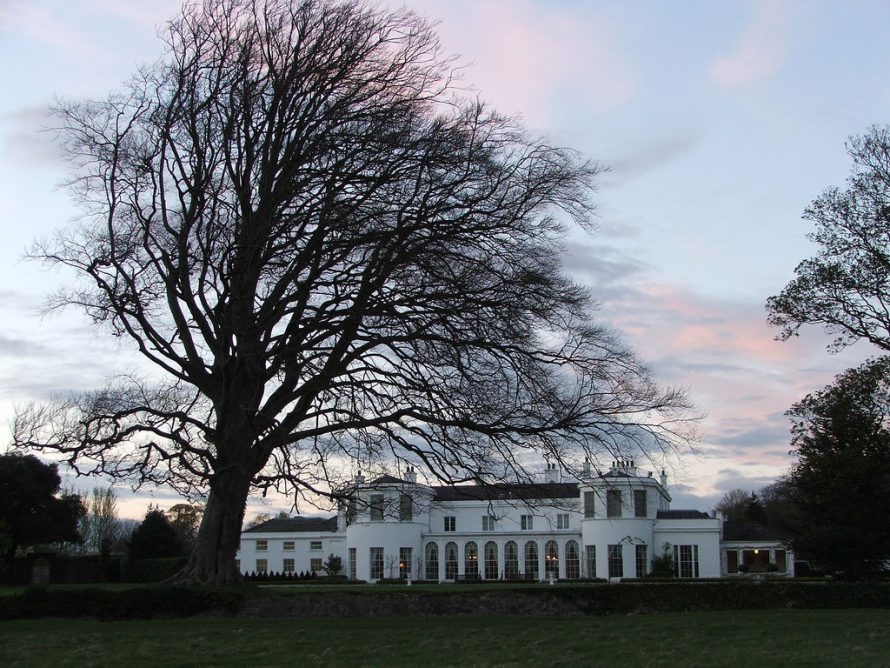 The gracious and impressive residence of the American Ambassador to Ireland is also closed to the public, though it can be seen clearly from an area known as ‘the Fifteen Acres’.

Built a little later than the Arus, in 1772, by Sir John Blaquiere who was Bailiff of the Phoenix Park. He extended the four-roomed cottage that came with his job into this impressive Georgian mansion. Quite an extension!

Deerfield was leased to the US Government in 1949 on a 999-year lease and is considered one of the best diplomatic residences of any posting. 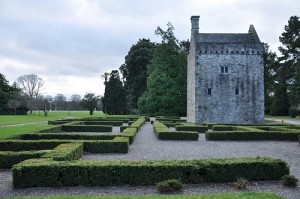 There has been a castle on this site since the early 1400s, but it has been altered and added to so often over the centuries that little if any of the original castle remains.

For many years it was little more than a ruin, until a restoration project began in 1989 and returned it to the way it was in the 18th century. It now houses a small museum. 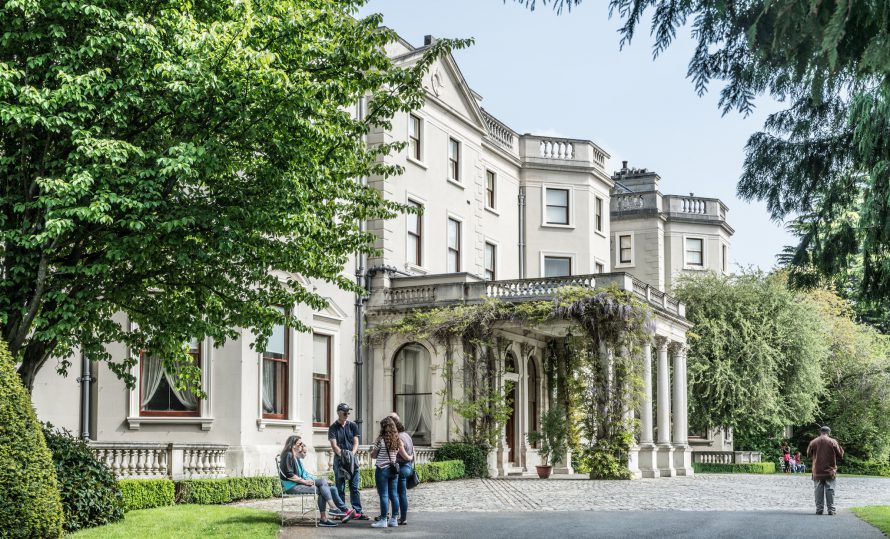 Just outside the Park, at White’s Gate, this was the residence of the Guinness family until 1999. It is now owned by the state and used as a guesthouse for visiting heads of state and other dignitaries.

The clocktower at Farmleigh is visible for miles around and is actually a water tower, with an 8,183-litre water tank to which water from the Liffey was pumped to provide the house.

Tours of the house are available if it is not occupied and there is a year round calendar of events in the gardens, which are always worth attending. 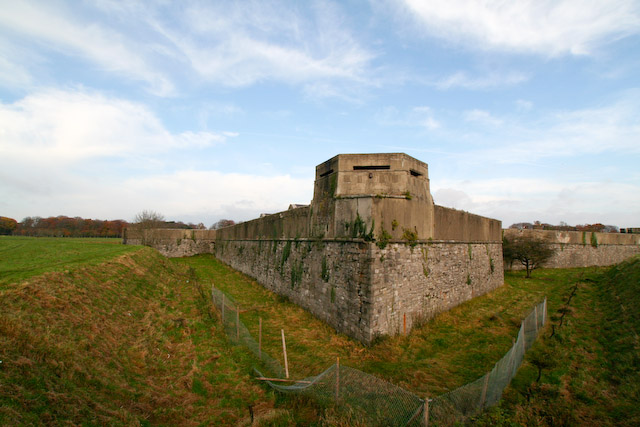 Located on top of a steep mound, this is not as well known a building as those above and is in a terrible state of disrepair, but it is fascinating all the same.

It was built in 1735 as a powder magazine, and an additional wing was added to the fort in 1801 to house troops. In the mid 1900s the Irish army used it for a time to store ammunition.

As kids we climbed in several times and had a look around – with some trepidation as we half believed the rumours that it was a place favoured by devil worshipers. The buildings there have some architectural interest and it really is a shame that it has not been restored and put to some use. There was talk of restoration in 2001, but it came to nothing.

If you’re tempted to climb in and have a closer look now, think twice. It’s in an even more advanced state of decay now and not at all safe.

In addition to the impressive houses above, there are more than 30 small lodges within the park, including a gatekeepers cottage at each gate. They vary in size and no two are of the same design. Most are still occupied by people who work in the park. 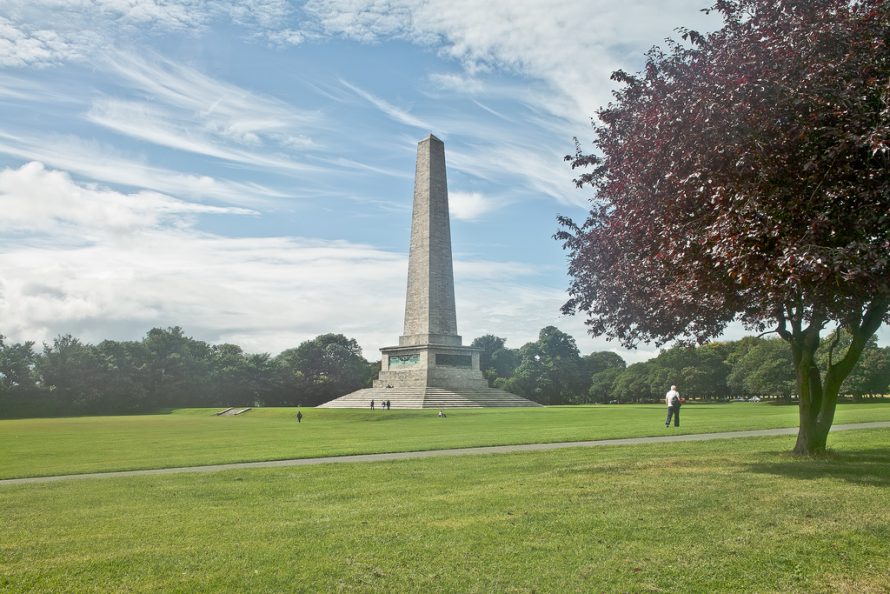 The most impressive monument in the Park is the Wellington Monument, an obelisk over 200ft high erected as a tribute to the Duke of Wellington. It was originally intended to be even higher, but funding ran out.

Wellington may have little appreciated this gesture in his honour, as when the fact that he was born in Ireland was mentioned he was said to remark that: “Being born in a stable doesn’t make one a horse.” 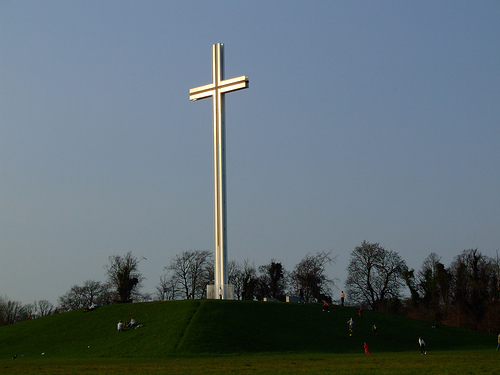 This large cross marks the spot where in September 1979 Pope John Paul II said mass for more than one million people – about a third of the Irish population. I was one of that enormous, highly organised and very well behaved crowd.

It was an extraordinary sight to see so many people gathered in one place, though I was equally amazed to discover just how many people could sleep in our house and eat breakfast that morning in our ordinary domestic kitchen!! 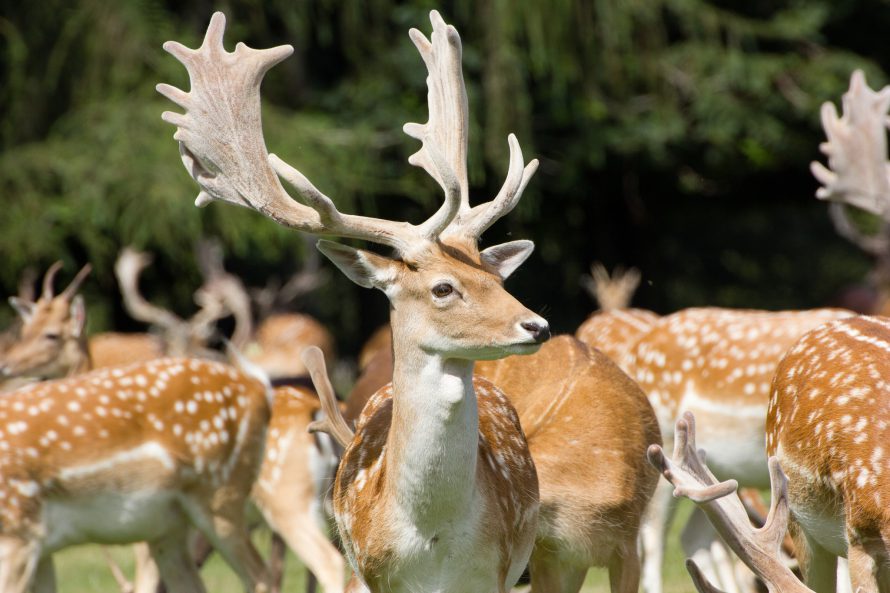 There have been deer in the park since its days as a hunting ground, and still the most celebrated animals there are the herd of fallow deer, between 400 and 500 of them, who can most often be seen grazing the areas around the central Fifteen Acres (by the Papal Cross) or in the woods surrounding that area.

In Spring you will see dozens of young fawns, later you may be lucky enough to come across some shed antlers, most often found in Oldtown Wood, on the opposite end of the acres to the cross.

There is a really good children’s playground close to the Visitor Centre in Ashtown Castle.  It’s large and safe with an excellent variety of play equipment , including springers, several playhouses, tunnels, swings and a climbing frames.

The park is open all year round, there is no admission charge and visitors can explore freely. The visitor centre has some good exhibits on the history of the park and its wildlife and is worth a trip. It also houses are really very good restaurant, with good lunches and snack served all day.

Dublin Zoo is within the park and is open all year round also. 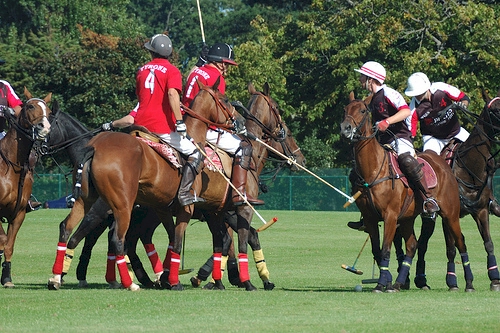 If you visit on a Summer Sunday, the Polo grounds is a good place to stop for a while. The game’s rules are pretty much impenetrable to the uninitiated, but watching the agile and fearless polo ponies and their equally fearless riders is very entertaining.

Sunday often sees bands perform in the hollow at the People’s Gardens, just beside the entrance to the Zoo.

The south western corner of the park is a wildlife sanctuary, the Furry Glen where a small lake teams with wild birds and the surrounding hills are a nice place to walk. Don’t go alone here though – it’s a little off the beaten track and sometimes used by slightly dodgy people for slightly dodgy activities.

If you can’t make it to the park in person, this is a good and interesting virtual tour.

Map of the Phoenix Park