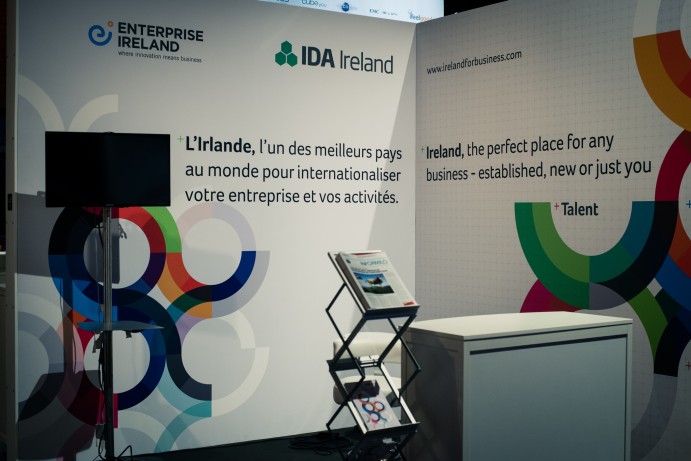 From about the mid-1990’s Ireland began to boom, the world’s press descended to observe the economic miracle that was taking  place and the Celtic Tiger became famous around the globe. The good times were rolling and it seemed it would last forever – jobs were plentiful, the skyline of every city and many towns was a mass of cranes, new houses, new shopping malls, new hotels, new golf clubs, new sports stadia – there were new developments sprouting up everywhere.

Sure there were people who questioned all this and shouted stop – though not that many and not that loud and they were quickly silenced.

Then came the global financial crisis and an unprecedented crisis in the Irish banking sector. The latter was handled by our politicians with such ineptitude that that it left ordinary citizens holding the bill for banking failures and even for speculative investors, saddling every person in the country with a debt that will take a lifetime or more to repay.

Ireland was broke. Suddenly we were at the mercy of strangers, with the European Commission, the European Central Bank and the International Monetary Fund – the so-called ‘troika’ – paying the bills and calling the shots.

Unemployment and emigrations – features of Irish life we briefly believed with left behind – have been back with a bang the last few years. Income reduced, spending power was decimated and even those who had some spare cash were slow to spend, preferring instead to pay down debt or save.

There are signs of recovery on the horizon, but they are shaky and uncertain and now there is also the looming cloud of Brexit – nobody really knows how that will pan out for Ireland.

The recession brought a sharp upward turn in employment, mainly due to the decline in construction employment but really across almost all sectors. Bad as the figures are, they hide a greater truth which is the number of people who simply left Ireland for better prospects abroad.

While the UK and the USA, the traditional destinations for Irish emigrants, continue to be important for the mostly young Irish people who leave to seek opportunity abroad, this time round they’ve been joined by Canada and Australia.

One going up, one going down mostly and a shrinking labour market. It’s not hard to see the effect of the death of the ‘Celtic Tiger’ here, though there are signs of a recovery in employment in the last few years.

As is often the case it was youth unemployment that was the biggest issue when times became hard. Even these stark figures hide the reality – many young people unable to find work at home left the country in this period.  Many of them will never return.

Even those who remained in employment saw incomes fall significantly over the years following the bust. The figures used are ‘equivalised’ income, which is considered the most accurate measure. A fairly sharp recovery can be seen in the last few years. Good news for beleaguered workers who bore the brunt of the recession but not entirely welcomed by all – there are many warning about the return of a high cost environment for business.

Agriculture was once Ireland’s main economic driver, but no longer. It now accounts for just somewhere around 6% of GDP and in reality we are no longer an agrarian nation.

However it is still important from a social as well as an economic perspective, as the farming lobby groups so loudly and often remind us. And it has been something of a bright light during the recession, increasing steadily in value apart from a pretty awful year in 2009 (weather).

Value of Agricultural output (in millions)

There is often surprise that the top revenue generator, by far, in Ireland is the pharmaceutical industry, due to the large number of multinational pharmaceutical companies who have production facilities here.

Tourism is big in Ireland – and not just in terms of incoming tourists, the Irish themselves take a lot of holidays at home too.

Where visitors come from

Have you something to add about "Industry & the Ecomomy in Ireland"?