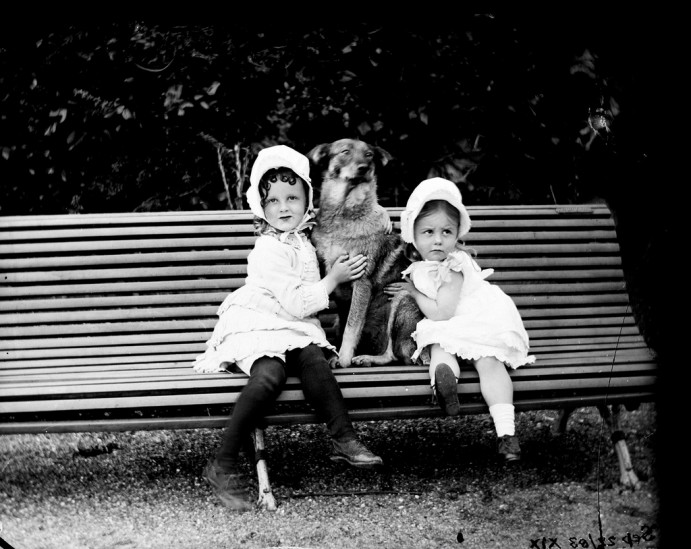 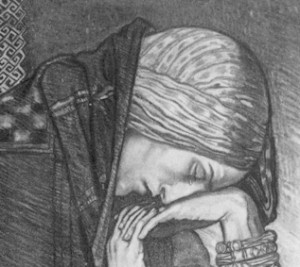 Deirdre of the Sorrows

Deirdre of the Sorrows is one of the most great tragic heroines of Irish mythology. From her birth it was prophesied that she would be a great beauty and she was promised in marriage to Choncubar, King of Ulster.

As a young woman she eloped with Naoise, a handsome young warrior and they fled, with his two brothers, to Scotland to escape the furious Choncubar.

However they were never able to settle anywhere. Such was Deirdre’s beauty that wherever they went the local king wanted her for himself and tried to kill Naoise and his brothers.

Eventually Choncubar tracked then to a small remote island and had the three brothers killed.

He still didn’t win the hand of Deirdre, broken hearted at the death of Naoise, she died of grief.

Probably means ‘befitted’. According to legend St Damhnait was the daughter of a pagan king who became Christian and fled to Europe. Her father tracked her down and killed her.

Two derivations. It is the Irish word for ‘bold’ in the sense of naughty. Dana or Danu was also the name of a pagan Goddess who gave her name to the legendry Celtic warriors the Tuatha de Danann (the People of Danu).

An Irish saint from Co Kerry who may have been related to St Patrick. If you believe names influence a child’s future be careful with this one – the original bearer of the name had 19 children!

Doire is the Irish word for a wood, and as a name it is taken to means ‘fruitful or fertile’. Some sources suggest it comes from ‘dorren’ meaning ‘sullen’. It is also used as the Irish version of the name Dorothy.

The meaning is unclear, though ‘fearsome one’ or ‘one who rages’ have been suggested.

Means ‘noble’ and is derived from ‘Inis Ealga’ or ‘the noble Island’ which was a way of referring to Ireland.

The Irish form of both Helen and Evelyn.

One of a number of Irish versions of the English name Elizabeth.

Although a common name in Ireland, it is of unknown origin. Eimear was the wife of legendry Irish hero Cuchulainn.

This only recently started to appear as a name, so isn’t really a traditional or old name. It means ‘little bird’ in Irish.

Another name where, as is the case with Brigid, Celtic heroines and early Christian saints become confused. There are number of saints with the name, but it predates Christianity.

Probably an Irish version of Helen.

The Irish word for ‘Ireland’. Not used as a name in Ireland, but quite common in America and other places to which the Irish emigrated.

Means ‘little enviable one’. In Irish legend Etain was a married woman who fell in love with the fairy man Midir. Midir turned both of them into swans so that they could escape her husband.

The feminine form of Aidan. Was often Anglicised as Annie.

More a Scottish than an Irish name, though popular here. From the Scots Gaelic/Irish word for ‘fair’ which is ‘fionn’.

Fionn means white or fair and the name means ‘white shoulders’. One of the Children of Lir was called Fionnuala.

Means ‘mouth’. St Gobnait was a 6th Century Co Clare saint who had an affinity with bees and used honey to cure many ailments. Her feast day on February 11th is still celebrated in Ballyvourney in Co Clare.

In Celtic lore the goddess of harvest and fruitfulness. Later a St Grainne emerged with a similar story. This sort of blurring between Celtic Goddesses and early Irish saints is common.

This was the name given to a famous Irish woman, Grace O’Malley, who long before the emancipation of women was a sea captain of some renown, not to say notoriety.

An Irish form of Agnes

This is the name of the Scottish Island where the Irish saint Columba founded a monastery. It was probably where work on the Book of Kells was started. More Scottish than Irish, but used in Ireland.

In Arthurian legend Iseult was an Irish princess who married the king of Cornwall and had a love affair with his knight Tristan. May also derive from the Celtic Goddess Adsulata.

A variation of Aislinn or Ashling.

An alphabetical list of Irish surnames beginning with P and R, from Plunkett to …

A look at some of the traditions of an Irish Christmas, from a lit candle in the …