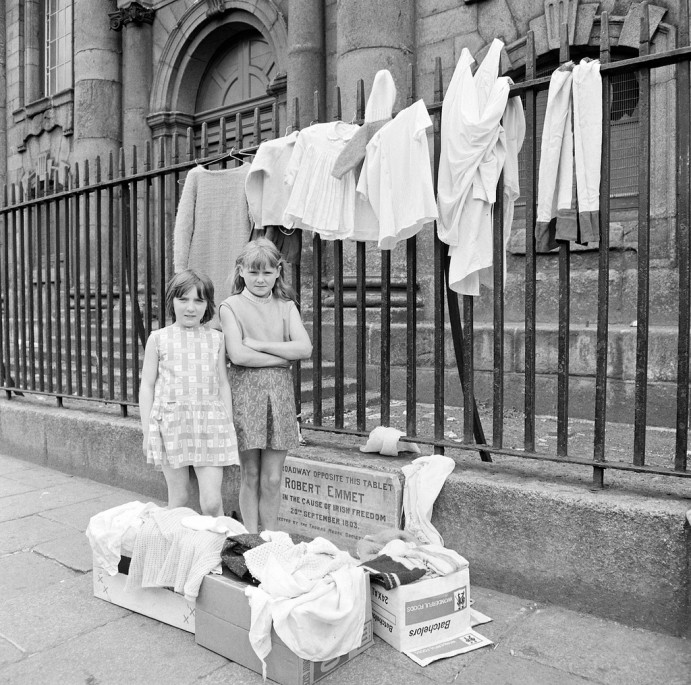 The Story of a Name: Niamh 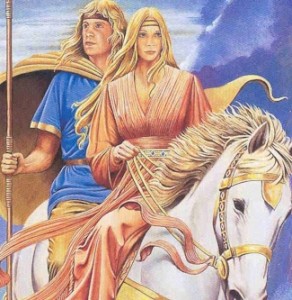 Niamh of the Golden Hair was a beautiful goddess from Tír na nÓg, the land of eternal youth, who lured Oisín, son of the warrior Finn McCumhaill, away to marry her. He promised his father he would return and after three years in Tír na nÓg, Deirdre consented to let him go back for a short time.

She gave him her magical horse, who could not be killed and whose hooves never touched the ground, to hasten and make safe his journey, but warned him he must not dismount.

When Oisín returned to Ireland he discovered he had been away not three years, but three hundred and that his father was only remembered as a legend. He fell from the horse and himself instantly became an old man.

Niamh, having given birth to their son in his absense, came to search for him but when she arrived learned that he had died of old age.

Anyone looking for Irish names for girls starting with ‘w’, ‘v’, ‘y’ or ‘x’ will be disappointed – these letters are either very rarely or never used in Ireland and therefore no such names exist.

A Goddess or Queen of Irish myth, associated with battle and horses. The Irish word ‘macha’ means ‘plain’ – as in a flat area of grass, not as in ordinary looking!

An ancient Irish name meaning ‘bringer of great joy’ or ‘enchanting one’. Meave was a legendary Queen of Connaught (the west of Ireland) who invaded Ulster.

Means follower of Jesus. The Irish version can also be used as a boys name.

Means ‘little noble one’. Is also used as the Irish version of Monica.

Means ‘sea white’ or ‘long-haired’ and was the name of a mythological mermaid who was transformed into a woman.

Originally a Viking rather than an Irish name it became popular in the 14th century. In Irish history Nessa was the mother of Conor Mac Nessa, king of Ulster.

The name means ‘radiance or brilliance’.

The Irish word for Christmas.

A very Irish name but of uncertain origin. Noirín (Noreen) is the diminutive of the same name.

Probably an Irish version of the Latin word for ‘one’, though it may come from the Irish word ‘uan’ meaning ‘lamb’. According to legend Oonagh was the Queen of the Fairies.

Or means gold and the name is taken to mean Golden Princess.

Means little King, can be used for boys also but is usually a girls name. Also found in Wales.

A diminutive of Rosa, the Latin for Rose, so means ‘little rose’. Rosaleen is a variant. Dark Rosaleen was a name used for Ireland in a famous poem.

Some say it means ‘goodness’, others that is is an Irish translation from the Latin ‘sabine’ as in Sabine Women. Became more popular after a hit play called ‘Sive’ was written by Irish playwright John B. Keane.

Means ‘freedom’. The name became popular after Ireland became an independent state in the early part of the 20th century.

Name of Ireland’s largest river. Not much used as a name in Ireland, but popular in coutries such as the USA to which the Irish emigrated.

A feminisation of John or Séan.

Origin unclear but it is a very old name. Often mistakenly said to be an Irish translation of Jane.

Say: shiv-awn
Shivaun, Joan
Again a very old name of unclear origin but enduring popularity. May be a feminisation of John.

A medieval name which died out for many centuries but has become used again lately. Sometimes used as the Irish for Sarah.