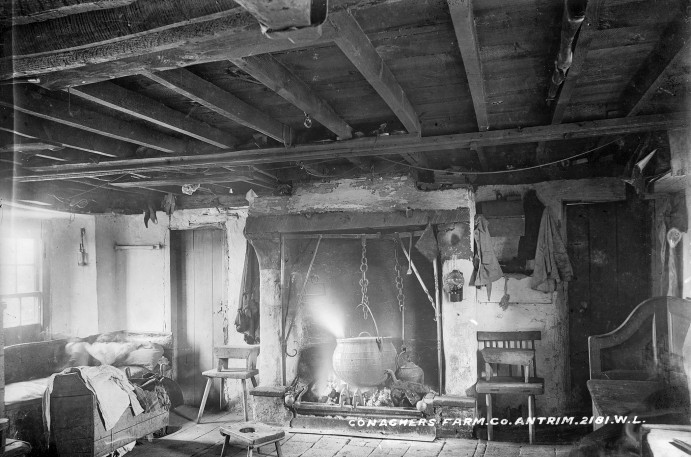 The diet eaten by ordinary people changed dramatically after the famine. Potatoes continued to be important but increasingly imports of cheap cornmeal or maize, mainly from America, provided an alternative and cheap source of nutrition for the very poor.

Most Irish people felt that cornmeal was fit only for feeding to pigs or poultry and this became its main use with a resulting increase in the availability of meat and eggs, both for consumption by the family and as a means for farmers to earn cash. By the end of the 1800s this hated food with its echos of the famine was firmly off the table and had been replaced in the diet by locally grown oatmeal.

Larger Farms and the Move to Towns

There was a considerable change in the demography of Ireland after the famine, with a new class of larger farmer emerging. They had acquired land both during and after the famine as people abandoned it and emigrated and now, instead of breaking up their properties among the next generation, in ever smaller units, as had been the practice, they passed the land holding intact to their eldest son.

With larger farm units capable of producing a surplus to bring to market, reliable availability of vegetables, mainly turnips and cabbage, improved.

The population became more urban. While before the famine only 8% of people lived in towns, 20 years later that had increased to almost 25%, a change partly due to population migration but mostly to the fact that famine death and emigration was mainly a rural phenomenon.

An 1867 survey shows that people lived on a diet consisting mainly of potatoes, wholemeal bread, porridge (made from cornmeal or oatmeal) and milk, supplemented with turnips and cabbage and smaller amounts of fish, meat and eggs.

Tea became (and remains) very popular indeed and some people could afford to put milk and even sugar into it on a regular basis.

For those who survived and stayed life slowly improved. Within a few decades of the famine, while there were still many people who by any standards were poor, the population could afford at least to eat.

Food in Ireland in the 20th Century

While Ireland could not have been called a wealthy country for most of the 20th century, the diet of the people did change significantly as the years went on.

The development of processed food industries, the expansion of retail outlets into even smaller towns and villages and more efficient methods of distribution via railway and later road, brought a significant shift in the late 1800s and early 1900s to ‘shop bought’ food, with even rural dwellers now making regular trips to local towns to buy biscuits, bread, sugar, tea and other ‘delicacies’ to supplement what they grew themselves.

This sort of food was looked on a superior and the ability to buy it as a measure of (relative) affluence.

Bread, potatoes and porridge were still formed the staple diet of the poor but there was greatly increased consumption of dairy products and meats. More affluent people took to having bacon and eggs at breakfast time. The main meal was taken in the middle of the day and invariably comprised of meat, potatoes and vegetables, usually cabbage, carrots, turnips, parsnips or peas.

This typical dinner – meat, veg, spuds – would not change for decades and indeed is still what dinner looks like in many Irish homes.

A major change took place in cooking methods. Right up to the early years of the 20th century, cooking was still often done on a pot over the fire, especially in rural areas. Townspeople moved to solid fuel ovens earlier.

By the mid 20th century cooking over a fire had died out almost completely and pretty much everyone had an oven, in earlier years fuelled by turf or logs, later by electricity.

Ireland came late to electrification, with a few places only connected in the late 1970s, and even when electricity arrived it was initially used only for light – cooking and heating still relied on solid fuels and later on bottled gas.

Kitchen equipment like fridges and electric cooking facilities were not a common feature of the average home until the early 1960s.

Although food was more plentiful, the range of food eaten remained quite narrow until the 1960s and 1970s when such ‘exotica’ as rice and pasta started to be eaten more widely.

It would be another 20 years however before olive oil became a foodstuff – until then it was primarily used as an ear cleaner in Ireland!

Nowadays people in Ireland have access to as wide a variety of foods as those in any developed country in the world ad few eat what would be considered a ‘traditional Irish diet’.

While food grew more plentiful and varied, it is not so clear that it necessarily led to a healthier diet. People ate more processed food, more sugar and more fat – by the late 1990s the fat consumption of the population had almost doubled and the consumption of fresh vegetables halved compared to the immediate post famine period.

How Ireland Learned to Love Sugar!

Sugar consumption is an interesting case in point when looking at the changes in eating habits in Ireland.

In 1820 the average person in Ireland ate just 4lbs of sugar a year while someone living in England ate 6 times as much – more than 23lbs. Consumption trends in England were on a firmly upward trend while in Ireland the opposite was true and by the start of the famine years we were eating just over 2lbs per head. This, of course, was largely due to increasing poverty in a rapidly growing population. 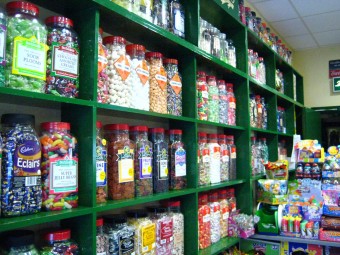 By 1900 we were getting both richer and fonder of the sweet stuff – consumption had climbed to almost 20lbs per annum, a very significant and rapid rise.

This was not accidental. The move from a home-grown diet to one of goods purchased in stores changed everything. Tea, sugar and sweet processed foods were on an upward trajectory as suppliers rushed to both create and supply demand for their products. They saw Ireland, with its historically low consumption figures, as a market ripe for development.

Eating Out in Ireland

There was no tradition of eating outside the home in Ireland other than at weddings or other special occasion. Restaurants of any kind were uncommon until the late 1960’s or early 1970’s and really only existed in cities. Even in Dublin they usually closed at about 6pm.

Most provincial hotels had a restaurant, where the menu varied little, not just from day to day but from place to place.

Anything that wasn’t fried to death was boiled to tastelessness. Vegetarians were offered an omelette if they were lucky.

The selection widened in the 1970s, but not a lot and again the fare was much the same wherever you went. A starter of paté or prawn cocktail, a main course of steak, chicken or scampi followed by apple tart or, for the more adventurous, Black Forest Gateaux, would have been a typical restaurant meal.

Towards the late 70’s and into the 80’s change was fairly rapid. At one end of the market the food multinationals – Mc Donald’s, Burger King, Kentucky Fried Chicken – arrived. At the other end, good restaurants began to appear, where food was prepared in new and interesting ways, lightly cooked vegetables, game, fish and meat properly cooked, sauces that tasted of something other than flour.

Irish people, who were now travelling more and more to Europe and becoming interested in food, began eating out more regularly.

The biggest revolution in Irish restaurant food began in the early 1990’s and two women must take a great deal of the credit for it – Myrtle Allen of Ballymaloe House in Cork and her daughter-in-law, Darina.

What they did sounds simple – took the freshest and best of Irish ingredients and prepared them with a minimum of fuss using classic European, mainly Mediterranean, cooking methods.

But what a change! The quality of the ingredients were key – meat reared on grass, vegetables eaten the day they were picked, fish direct from the sea.

Once the cookery school was established at Ballymaloe, this style of cooking spread throughout the country and is still a major influence on how we eat to-day, both in restaurants and at home. Young chefs went abroad to train in Italy, France, Spain and elsewhere and brought home the things they learned to add to the repertoire. 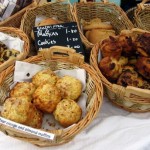 Eating out is common now, with excellent food available in all price ranges and in all parts of the country. There is scarcely a village in Ireland now where you will not find a decent restaurant.

Food markets, where hgh quality products are sold by small artisan producers, many of whom have won international accolades for the quality of their food.

A huge change has been in pubs, which now routinely serve food that is often of a very high standard, something that would have been unimaginable in the mid 20th century.

Ireland is no longer a culinary desert and visitors who still think of it as a place where corned beef and cabbage is as delicious a meal as they are likely to find are in for a very pleasant surprise.