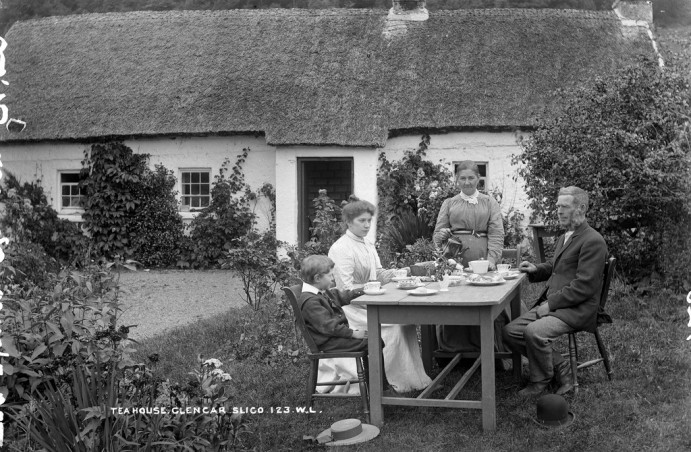 When it comes to food there are three major periods in Irish history, before the potato arrived, after the potato arrived and after the potato failed. For thousands of year prior to the arrival of the humble spud, the diet of the Irish. and how they prepared their food, changed little. After it arrived, everything changed. When it failed, the consequences were immediate and devastating.

It is impossible to look at any aspect of Ireland’s history without dwelling on the Potato Famine in the mid-nineteenth century. This dark and tragic event changed the country irrevocably, killing over a million people and leading many millions more to leave Ireland forever.

Although it may seem a very long time ago, it isn’t really – there are still people alive today who knew, personally, people who survived that terrible time of hunger. I can remember hearing older people speak of family members, great aunts and uncles, who left for America or England in the second half of the nineteenth century and, not infrequently, were never seen or heard of again.

The Uninvited Guest at the Table

The famine was the uninvited guest in every Irish dining room for more than a hundred years and I firmly believe it was the main reason why it took so long for Irish people to start thinking of food as a source of pleasure rather than simply as sustenance.

Only in the last 25 years have we started to move into a fourth period, with Irish people at last able to enjoy food – choosing it, preparing it and eating it – without a lingering sense of guilt at such indulgence and plenty.

Food in Ireland from 5000 BC to Today

Early Irish Food
From 5000BC to about the end of the 1500’s the way food was produced and cooked changed remarkably little.

The Potato Arrives
The beginning of the 17th century saw the start of a population explosion that lasted 250 years and saw Ireland’s population increase eight fold. The potato was the staple food which made it possible for this to take place.

The Potato Famine
By 1845 a massive population of desperately poor tenant farmers and farm labourers depended entirely on the potato for their survival. When it failed, they had no hope.

Recovering from the Famine
From 1851 the slow recovery began. For more than 100 years the Irish ate a fairly dull, if sufficient, diet, but recent years have seen an explosion of interest in food and the emergence of a distinctive Irish cuisine.