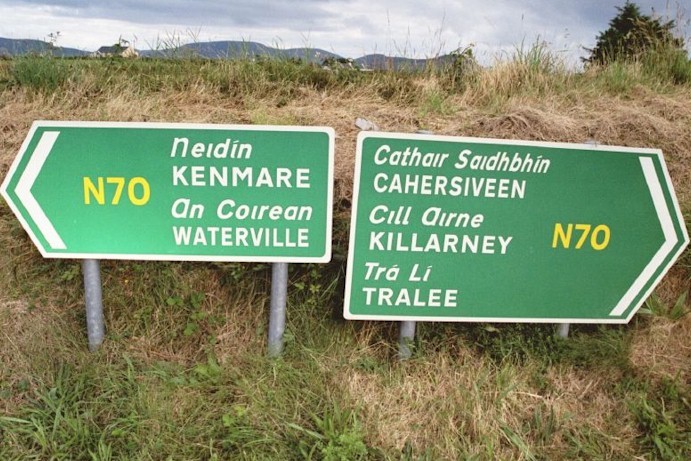 Names beginning with Caher- or Cahir-

A Cahir or cathair is a fort, so the town name of Cahir in Tipperary simply means “Fort”.

Forts predate monastic settlement and a caher is specifically a circular stone fort.  The suffux -more is very common in Irish names and always means big. So, what might Ballymore mean? Or Ardmore?

It was the practice in ancient Ireland to cover a grave with a mound of stones. These are the particular type of burial places referred to as Carns or Cairns.

Carrig means ‘rock’ and it is sometimes Anglicised as carrick.

A cashel or Caiseal means a fort, specifically a ring fort surrounded by walls. There are a few Cashels in Ireland but the most famous is the town around the Rock of Cashel, which was the home of the Kings of Munster for 900 years prior to becoming a monastic settlement.

Castle or caislean means what you would think but nonetheless these can be confusing names. Many are associated with a person’s name – as in “somebody’s castle” – while others reference some aspect of the castle location. Sometimes it’s not clear which is means, and finding the castle isn’t always easy either.

A common finding is the english name for a place starts with Castle, but the Irish name is completely different. This usually means the castle came relatively late and the older Irish name stuck with the local people. Thus there is:

Clon- or cluain means meadow or pasture. There are quite often people’s names after the Clon-, the owners of the meadows obviously. Most refer to a feature of the meadow in question, many now lost to the busy streets of a town that grew up in what was once a meadow.

A look at some of the traditions of an Irish Christmas, from a lit candle in the …