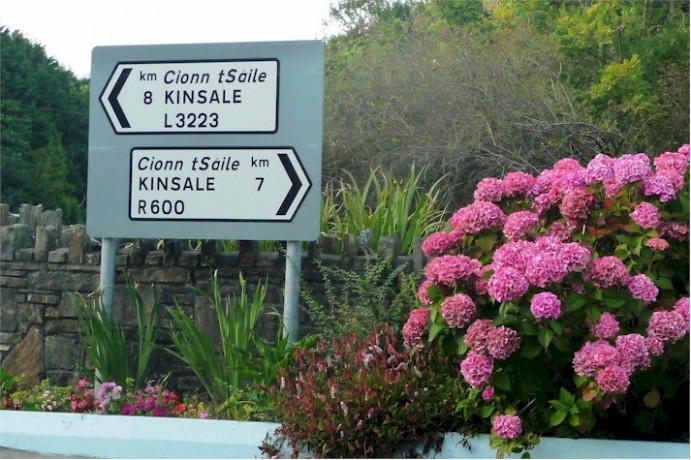 These are another confusing set of names, as the Kill could be coill which means wood, or chill which means church (ch is pronounced like K in Irish). It’s often hard to decide which is which as so many places contain not just a church but a wood too. Sometimes its easy to figure out from the second part of the name:

Kin- comes from the Irish word ‘Coinn’ meaning head, and usually refers to some feature of the landscape – a headland, a promontory or the top of a hill.

However in one case, Kinitty (Coinn Eitigh) or “the head of Eitach” it actually means a person’s head – the name derives from the burial place of the head of the unfortunate Eitach, an early Irish princess.

Cnoc means hill and in pretty much every place with this sort of name it will be clear where that part of the name came from, even if the second half is less obvious.

Leitir means hillside in Irish, and specifically suggests a wet hill, either a boggy one or one with a stream on it.

Yes, we’re back to forts again, a Lios is an enclosure or ring fort, but unlike some of the other names used for forts, Lis- is very rarely used for monastic settlements. These were purely military or defensive structures.