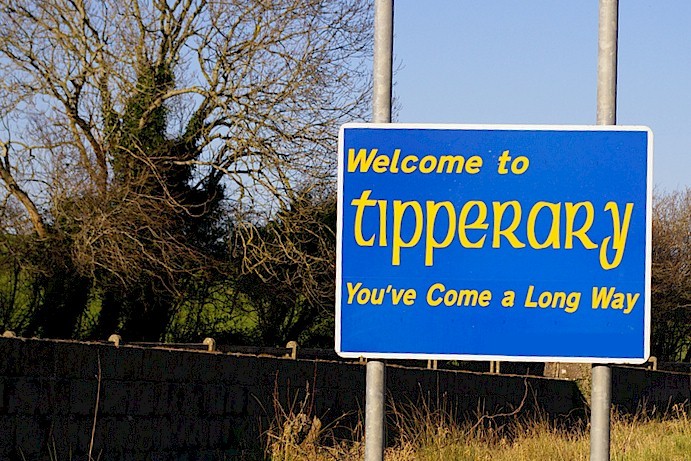 Names beginning with Ros- or Ross-

Ros means a wood or headland. Which it means in any location can be inferred from the locality.

Visitors using Dublin’s bus system are often puzzled by the numerous busses whose signs declare that they are headed for An Lár, a destination that appears on no map. Take any of those and you will be safely delivered to the city centre.

This is pronounced like ‘sleeve’, as is its Irish root, slaibh, and means mountain.

According to legend Sleivenamon is so named because of a race to its summit undertaken by a band of doughty women in an effort to win the hand in marriage of Fionn Mac Cumaill (Finn McCool), a sort of early Irish superhero.

Names beginning with Tubber- or Tober-

A tober is a well, quite often a Holy well. It’s always a natural well or spring – not the sort into which nursery rhyme villain little Tommy Thin deposited his feline friend.

Names beginning with Tulla- or Tully-

These come from tullach meaning ‘little hill’ and to be even more exact a hill that was a landmark or was used as a meeting place or a location for fairs.

An alphabetical list of Irish surnames beginning with S, T and W, from Scanlon …

From Irish stew to soda bread, black pudding to drisheen, these are some of the …

The first Irish people, who probably arrived from Scotland about 9000 years ago, …