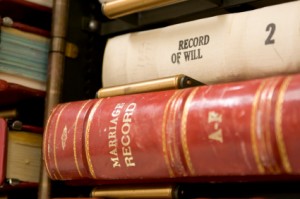 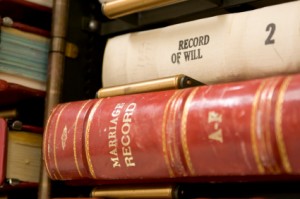 Church records in Ireland are a hugely valuable source of genealogical information, but are very scattered, can be difficult to search and gaps do exist.

The extent of the records available and how and where they are held varies with religious denomination, but most are still available at the churches where the information they contain was first recorded.

A sizeable number have also been organised into databases that are held by local Historical Societies and are made available to the public in that way.

Catholic Church records of baptisms and marriages are probably the most important source of information for many people when researching their ancestors. Their importance is twofold:

They are not very useful for deaths however as burial records were not kept that accurately.

Many Catholic Church records are written in Latin, some are in English, none in Irish. However surnames are not translated into Latin and they are relatively easy to decipher.

Most Irish parishes now have their records in a database, and surviving parish records up to 1800 have been archived and microfilm copies can be viewed at the National Library. Some are also available on their website.

Sadly more than half of all Church of Ireland records were lost in the fire at the Public Records Office in 1922 so they are now quite incomplete.

However some are held in the National Archives, some by the Representative Church Body and others in local parishes.

These will mostly be useful to those researching ancestors who came from the northern counties of Ireland, which is where there have always been the largest number of Presbyterians.

Because Methodism originated as a movement rather than an organised church the records for Methodists are quite scattered. They can variously be found with those of the Presbyterian Church, the Church of Ireland or the Society of Friends. Also, if they were recorded by Methodist ministers, they tended to move with the minister rather than remain in a locality.

The Public Records Office in Northern Ireland have an index listing the surviving records as do some local county heritage centres.

Microfiche copies of Minute Books, which contain records of Births, Marriages and deaths, are held in the archive of the Society of Friends in Ireland.  The archives also have collections of letters, wills and other family papers.

The Irish Jewish Museum in Dublin have archives accessible to researchers and are very helpful with enquiries.