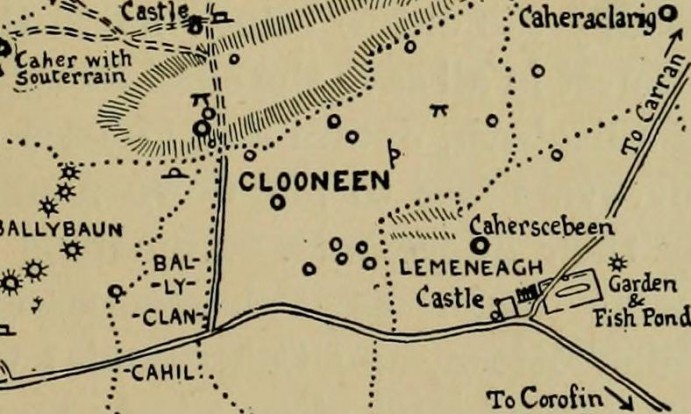 Understanding the way Ireland was divided up for administrative purposes at various times in the past is central to knowing where to look for records.

It also helps you to make sense of the different place names you will find in various records referring to the same person.

These are not as complex as they first seem.

The various divisions you need to know about are:

The importance of each of these divisions from a genealogical researchers viewpoint is highlighted and explained below.

Ireland is divided into 4 provinces. These provinces date back over 600 years, but they are not that widely used or very important in records commonly consulted by genealogists.

Northern Ireland comprises most but not all of of Ulster. Each province is further sub-divided into a number of counties.

There are 32 counties in Ireland, 26 in the Irish Republic and 6 in Northern Ireland (in italics below for clarity).

Most counties were established as far back as the 1300’s, all were in place with much the same boundaries as to-day by the early 1600’s.

County Tipperary, since 1898, has been divided into North and South for Administrative purposes. Records subsequent to that date will be separate from each other.

County Dublin has been divided since 1993 into Fingal, Dun Laoghaire/Rathdown and South Dublin.

Baronies were administrative subdivisions of Counties, each comprising a number of civil parishes, though they do not conform precisely to county borders. They were established mostly during the 15th and 16th centuries. They are no longer have any administrative function and have not had one since the mid-1800’s, but they arise frequently in historic records.

The 1901 census was taken on a Barony basis, but it is possible to search it without knowing a barony name.

There are 273 baronies in Ireland.

Based on medieval Christian Parishes, these were adopted by the English administration as the smallest administrative units in Ireland. There are approximately 2,445 civil parishes in Ireland, though they are no longer used for any administrative purpose.

There is often confusion between Civil and Church parishes, so a brief explanation of how and why they differ is in order here.

From the beginning of the late 1500’s, following the establishment of the Church of Ireland, Roman Catholic parishes began to develop separately. Their names and the areas they encompass are not the same as those of civil parishes.

Catholic parishes merged, emerged and disappeared at various times, with records being amalgamated or passed over to another parish. This needs to be borne in mind if searching for Catholic church records.

Townlands are the smallest land divisions in Ireland Ireland, ranging in size from as small as a few acres to more than 50,000 acres. In general, the better the land, the smaller the townland. Most Irish people living outside towns would have used their townland name as their address in both civil and religious records, and still do.

Many Townlands are of very old origin and they developed in various ways – from ancient clan lands, lands attached to Norman manors or Plantation divisions. Several townlands of the same name may exist even within one county and the same names appear again and again in different parts of the country. Since the names often derive from natural features – hills, wood, rivers etc – this is not surprising.

There are over 62,000 townlands in Ireland and although they never had a central administrative function they are very important in precisely defining a location for mapping and surveying. They are still used for this purpose in Ireland to-day and are still an integral part of any rural-dwellers postal address.

Past Homes has a full range of 19th century townland maps available for online browsing or to buy as images. However there is a registration fee for browsing the maps of $25 per year and additional charges for printable versions.

Although they never had an administrative function, townland names were and are used by people to refer to the place they come from. Thus an oral record of a place where an ancestor lived may refer to a townland.

When searching land, property or tax records, the townland will be an important piece of information to know.

These were created by the 1839 Poor Law Act, whose primary purpose was to set up an administration for responding to the growing numbers of destitute people in Ireland.

The Act legislated for the collection of a poor law rate or tax from landowners, to be used to set up and finance a workhouse in each district. As a result of the act 163 new administrative divisions – known as Poor Law Unions – were created.

Each Poor Law Union comprised a market town (after which the Union was named) and its natural catchment area. The drawing up of the unions often ignored existing boundaries of townlands, parishes and even counties.

When a health care system was introduced, the poor law unions were further sub-divided into dispensary districts, to each of which a doctor was appointed.

This explains the odd anomaly in Ireland by which registrations of Births, Marriages and Deaths are still maintained by the Department of Health; in Northern Ireland responsibility has been given to the Northern Ireland Statistics and Research Agency.

The unions created by the Poor Law are still used as Registration Districts to-day, though doctors no longer act as registrars.

Registration districts and the Poor Law unions from which they evolved are the basis on which civil records are most easily searched. If you know only the name of the place from which your ancestor came, this is probably a townland name. You need to establish what district or poor law union that townland would have been in.

All these different divisions can seem very confusing, and in truth they confused even the 19th century administrators who used them! As a result, in 1861, a book which continues to be a vital source to-day was published, the “General Alphabetical Index to the Townlands and Towns, Parishes and Baronies of Ireland“.

This book, based on data from the 1851 census, lists all known place names in Ireland – over 70,000 of them – and even more importantly relates the various divisions to each other.

You could buy a copy of the book, but it’s horribly expensive and there is no need. It is out of copyright, and the full text is available and searchable here.

From Irish stew to soda bread, black pudding to drisheen, these are some of the …