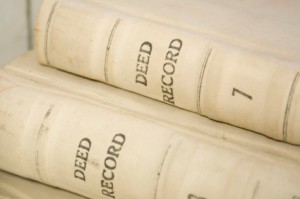 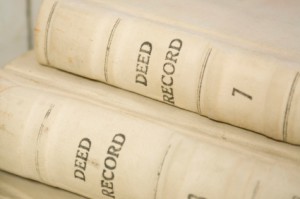 Because of the number of census records destroyed in the various fires in records offices, land registry records have assumed a huge importance in Irish Genealogical research.

They were extremely well kept, which means that if you find information about your ancestors in them it is likely to be both accurate and valuable.

The problem though is that many of the Irish who emigrated were from the poorest of families and may not ever have owned land.

Two sets of books are particularly important for research of property records in Ireland, the Tithe Applotment Books, and Griffith’s Valuation.

Records of tithes paid by tenants to the Church of Ireland. There are records for almost every parish, giving the names of occupiers, the amount of land held, and amount to be paid in tithes.

You can now search the Tithe Applotment Books online at the National Library website, free of charge.

A Griffith’s Valuation books exist for each barony or poor law union, showing the names of occupiers of land and buildings, the names of persons from whom these were leased, and the amount and value of the property held.

The indices to Griffiths Valuation are available on CD and in book form at many libraries in Ireland and abroad.

The Registry of Deeds was established in 1707 and was originally a voluntary register used mainly by Members of the Church of Ireland. It became part of the Land Registry, which records all property registrations in Ireland still, from 1892.

In Northern Ireland a database of Freeholder’ Records is available and searchable online. This contains information from pre-1840 Registers and Poll Books about people who owned property or land.

Probably the most popular field game in Ireland, Gaelic football is an amateur …