Home » Ireland & the Irish » Tracing Your Roots » Other records: Newpapers, Wills and Graves 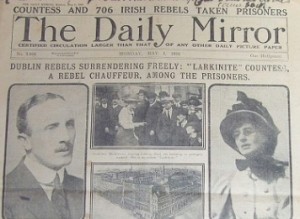 While these kind of sources are patchy in the way they can be accessed, far from all encompassing and often unofficial, they can also provide the kind of colourful information that cold administrative records rarely do.

Several people I know have been surprised (and in some cases shocked) by extensive newspaper articles in which their families featured, and visiting the grave of a long dead ancestor can be a very moving and emotional experience. 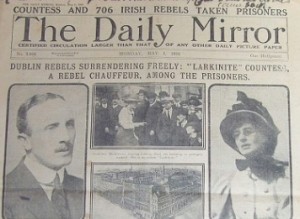 While you may find information in Newspapers that is much richer and more interesting than cold records, they can be very slow and laborious to search. But they have huge value and importance.

As well as news articles which may include a reference to an ancestor, they also contain birth, marriage and death notices, obituaries, ads, business announcements and so on.

Copies of many old newspapers are available in the National Library and there are also indexes there to some of them, which can certainly lighten the load for researchers.

Property owners will often have registered a will and they can be a fascinating source of information. Irish wills are not held in a single place however, and it can be something of a challenge to track a will down. Here are the main places to look:

Cemetery Registries for those buried in Glasnevin Cemetery in Dublin, the largest cemetery in Ireland, date back to 1832, though older ones are very incomplete, and can for a fee you can have a search carried out.

Other graveyards have less extensive records, however local heritage centres frequently have lists of gravestone inscriptions which can be searched by visitors.

» Searchable list of Gravestone Inscriptions from some 850 Irish cemeteries